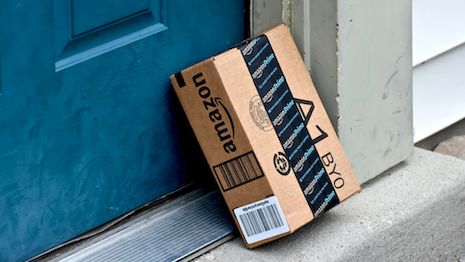 With ecommerce still thriving as COVID-19 restrictions are lifted, several retailers, including ecommerce giant Amazon, are looking to keep the momentum going.

As Amazon prepares for its seventh annual Prime Day on June 21, consumers are making plans to shop from the online retailer and other outlets. Driven by discounts, pent-up excitement and desire to shop for themselves, 55 percent of respondents from a recent Bazaarvoice survey said they have no fixed budget for Prime Day and will decide how much they will spend when they see what’s on sale.

“I think a large volume of the purchases that will be made during Prime Day will be impulsive, as many of the shoppers we surveyed have no concrete plans for Prime Day, and are leaving their purchase decisions to the day of,” said Keith Nealon, CEO of Bazaarvoice, Austin. “This means that on Prime Day, opportunity is ripe for companies not named Amazon.

“Consumers are looking to spend their money, but they’re not devoted to where, or how much,” he said. “Brands and retailers need to ensure that their price points, advertising, marketing and user-generated content (UGC) is focused and ready to attract, inspire, and convert customers while they’re in the mood to shop.”

The findings are based on the Bazaarvoice and Influenster survey of 21,480 members of the Influenster community from May 18 to May 27.

Prime intentions
Prime Day is an annual 48-hour event highlighting discounts on specific products, exclusively for Prime members. The event offers savings on thousands of items across all product categories from both small businesses to renowned brands.

Amazon currently has 105 million members in its Prime loyalty program, according to estimates from Consumer Intelligence Research Partners (CIRP). This translates to 82 percent of United States households holding Prime memberships. 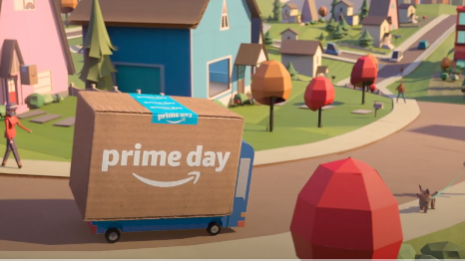 Although the official event begins June 21, some deals are already available and advertised on the ecommerce giant’s landing page.

According to Bazaarvoice’s new survey, one in two consumers said they are planning to shop at Amazon. One in five respondents said that this will be the first time participating in Prime Day.

“Amazon is able to fabricate the tension of Black Friday on a random calendar day; it’s quite the feat,” he said. “The other factor to consider is that Amazon updates their prices every 10 minutes, totaling 250 million price changes daily, with Prime Day providing the illusion that this is ‘the best price ever’, but sometimes it’s just the standard MSRP (manufacturer suggested retail price).” 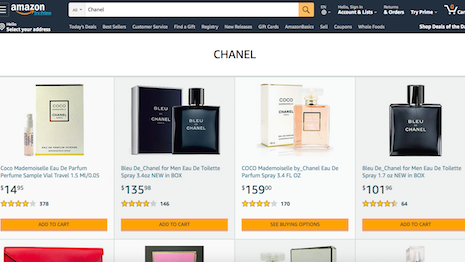 This year, beauty is the most sought out category. Image credit: Amazon

“User-generated content (UGC) is especially important during this sale that will be mostly, if not exclusively, online,” Landor & Fitch’s Mr. McNerney said. “Ratings, reviews and customer photos and videos allow shoppers to more easily envision themselves using or wearing a product that they’re not able to see in-person, and gives them the confidence to purchase it sight unseen, because they trust other consumers more than they trust brands.”

Through their online and in-store presence, brands should continue to look for ways to produce user-generated content, as consumers value the confidence and transparency UGC offers.

Returns can eat into retailers’ bottom lines, but providing enough context and information through features such as UGC can help consumers anticipate what to expect (see story).

Other retailers following suit
With Amazon holding such a well-publicized event, other retailers and brands are urged to also have discounted-deal offerings prepared for consumers.

The consensus from experts is that luxury retailers should not shy away from occasional sales events. For instance, department store Nordstrom is a high-end retailer whose annual sales event precedes Amazon by decades.

About in four respondents, 24 percent, from Bazaarvoice’s new survey said they are planning to shop at a combination of retailers on Prime Day. Twenty-three percent said they will decide the day of where they will be shopping.

When asked whether they would want to buy from a particular store or where the discount is greatest, 64 percent said they will shop wherever the discount is the greatest.

“But Amazon is pulling almost 45 percent of all ecommerce spending across the internet,” he said. “It’s really hard to compete with that.”