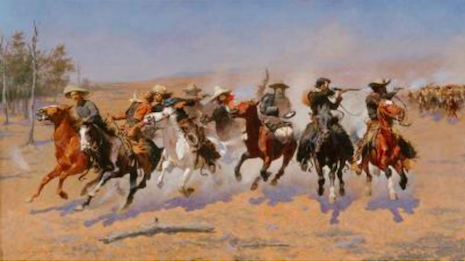 Initiatives in Art and Culture will host the 23rd annual edition of its American Art Conference in New York on May 18-19, with the theme of “Multiple Modernities in American Art.”

Held at Sotheby’s New York at 1334 York Avenue at 72nd Street in New York, the event will challenge the prevailing cognitive approach to art history in which different expressions of the modern, even those that are inarguably contemporaneous, succeed one another in a more-or-less linear fashion. Instead, the New York-based organizer proposes a different approach, one that recognizes and celebrates a frequent coexistence of different expressions and which can reshape an understanding of the history of American art.

“The idea is to challenge the way people cognitively view and process history,” said Lisa Koenigsberg, founder/president of Initiatives in Art and Culture. “We intuitively experience history as one thing following another, as opposed to there being various expressions, be they made by individuals, circles or influences of one upon the other.

“What is being proposed is counterintuitive and, therefore, possibly uncomfortable,” she said. “For that reason, the path less traveled.”

Here is the entire interview with Ms. Koenigsberg on the focus of the conference and the state of the American art market, especially modernism.

How is it different from last year's focus?

Last year, we explored the idea of the new and the differences in meaning between modern modernity and modernism, which although related do differ.

This year, we challenge the way humans intuitively or cognitively experience history, which is that events or movements follow one another successively.

Instead, we are proposing that at any given time, multiple expressions of the modern exist and that the challenge is ours to accept and understand this simultaneity, rather than to ignore or reorganize it.

We try to take these ideas even farther, exploring the relationship of modernity to the figurative.

Related to that is a notion that expressions of social protest or critique expressed by the figurative can also be “modern.”

This year marks the 50th anniversary of the assassination of Dr. King and Bobby Kennedy. It is a time for reassessing commonly held views about figuration.

Have you noticed a change in the American art market in the past 12 months that is a harbinger of things to come?

Well, first-off, modernism continues to be highly sought-after in the marketplace.

We are seeing contextualization of American modernism into a European or even more global expressions of modernism, thus perhaps also the introduction of American artists into a more expansively defined context and market.

Greater institutional attention being paid to outside and "outlier" art – to wit: the current exhibition at the National Gallery in DC – is likely to have an impact in the market, possibly taking what might have been termed a niche and integrating it more fully into the history of American Art and the cannon as defined by some.

How is American modernism perceived in the United States? Is the market growing or stabilized? How about overseas in terms of demand?

The market for modernism and that which is associated with it is absolutely increasing.

One of the big challenges is supply, that is, the scarcity of great material.

Another is that by integrating American "Modernists" into a broaden market for European modernism, for example, there could be greater interest in, demand for, and therefore pressure on prices from prime material. 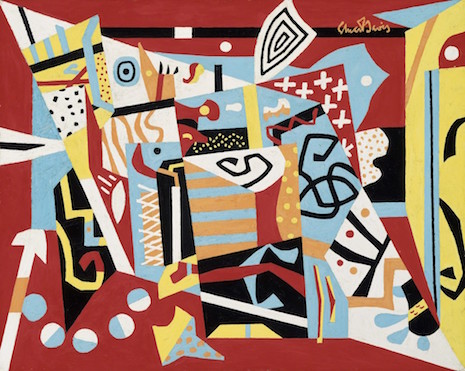 You have a catchy tag line for the event: Multiple Modernities in American Art. What was the idea behind that?

The idea is to challenge the way people cognitively view and process history.

We intuitively experience history as one thing following another, as opposed to there being various expressions, be they made by individuals, circles or influences of one upon the other.

What is being proposed is counterintuitive and, therefore, possibly uncomfortable. For that reason, the path less traveled.

What was the logic behind the program?

We begin with an overview of the period associated with Modernism in American Art, a period currently viewed as compelling.

A close examination of a major artist, Grant Wood, whose works have become iconic and yet not necessarily associated with the modernity that is inextricably part of them because the subject matter and what is viewed as visual cliché have masked that modernity for many viewers.

We then explore one towering figure, Stuart Davis, whose art both evolved and endures with the public, possibly only subliminally aware of its presence and constant relevance.

We then present what might be posited as a chronological exploration beginning with those who depicted the new republic and its founders and concluding with Charles White’s figurative social modernity.

The speaker list has must have been hard to put together.

It is always our goal to have varied authoritative and authentic perspectives on any given topic.

With regard to art, it is critical to understand the interconnectivity of the scholarly exhibiting, collecting and conservation communities. That balance is critical to a thriving art culture and hence to an understanding of American art.

What should the conference attendee walk away with after two days?
A fresh perspective on the modern in American art. Excitement about the possibilities that exist within a thriving marketplace for prime material. Enthusiasm for America’s continual embrace and approach to the new and renewal.