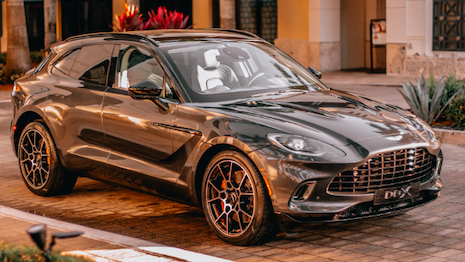 The Aston Martin DBX is the automaker's first SUV in its 106-year history and could give it some oomph in sales. Image credit: Aston Martin Lagonda