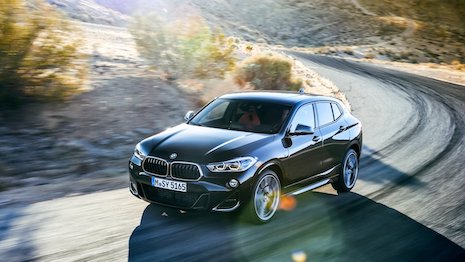 BMW is among the luxury brands disrupting their own industry through tech. Image credit: BMW

An environmentally minded partnership between BMW Group and Jaguar Land Rover is the latest collaborative effort in the luxury automotive sector as marques look to cut costs.

Alliances between automakers are intended to expand resources, not hamper competition. Recent joint ventures hint at a near future filled with electric vehicles and improved mobility and accessibility.

“BMW Group will develop its next-generation electric motors, transmission and power electronics with Jaguar Land Rover, unveiling yet another industry alliance designed to lower the costs of developing electric cars,” said Lauren Fix, automotive expert, the Car Coach, Lancaster, NY. “Partnerships are a smart way to save money and expand technology quicker than doing it on your own.”

Collaborative competition
On June 5, BMW Group and Jaguar Land Rover confirmed they are joining forces in an effort to tackle important issues such as electrification to create a more sustainable environment.

Experts from both teams will work in Munich on further developing BMW’s fifth generation of its eDrive technology. However, electric drivetrains will be worked on in each brand’s separate manufacturing facilities and each will stick to brand-specific propositions in any project (see story).

This is not the first venture BMW Group has embarked on with a competitor.

In February, BMW and Daimler announced an investment of more than 1 billion euros, or about $1.1 billion, into their joint project tackles mobility and additional consumer-facing technology.

The project’s launch will not keep BMW and Daimler from being competitive in their primary business of selling cars, and the two will remain independent (see story).

In addition to their joint mobility venture, BMW Group and Daimler AG heightened their partnership by working together to advance autonomous driving. A new long-term strategic cooperation will see the partners join to tackle technologies geared toward driver assistance, autonomous highway driving and parking (see story).

These automakers have all recently upped their efforts to create electric and autonomous vehicles that affluents desire to drive.

Prominent electric and hybrid models from these marques include BMW’s i3, the Mercedes-Benz EQ, the Jaguar I-Pace and Range Rover Evoque.

Partnership potential
As the automotive industry continues to evolve, more partnerships are likely, as well as mergers and acquisitions.

In the luxury business, investments are often centered on intangible assets such as branding or the desire for a relationship, according to a panel at the FT Business of Luxury Summit. Technology is changing the luxury business at a rapid pace, and M&A offers a chance for companies to get the capital needed to fuel an evolution (see story).

While luxury automakers are not shying away from collaborative agreements, a proposed merger could have a major impact on the industry.

A merger between Maserati owner Fiat Chrysler and fellow automaker Renault would place the new company as the third largest automaker in the world, and would likely include many job cuts as the automakers look to streamline costs. FCA announced May 28 that it has submitted a proposal with a combined business to be split down the middle.

FCA states that the merger request comes from changes in the auto industry and could lead to greater invention in connectivity, electrification and autonomous driving (see story).

“We will expect to see more alliances and partnerships in the future on technology and drive trains,” Ms. Fix said. “This will save money and keep the cost of electric vehicles and future transportation more reasonably priced.”