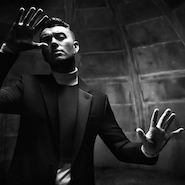 As Alexander Wang exits Balenciaga, three potential successors emerge
In January, when he was appointed creative director of Gucci, Alessandro Michele was barely known to fashion’s press corps and buying teams, let alone the wider world. After working quietly behind the scenes for years, he had succeeded his former boss, Frida Giannini, who had been ousted from the position. Few had ever heard his name, says The New York Times.