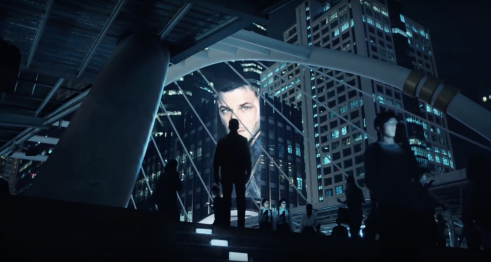 French fashion house Chanel is introducing the parfum version of its Bleu de Chanel fragrance through a campaign that speaks to independence.

In the spot, French actor Gaspard Ulliel returns as the face of Bleu de Chanel. Similarly to earlier campaigns for Bleu de Chanel, the commercial features Mr. Ulliel leaving behind his daily responsibilities in pursuit of something greater.

“The latest iteration of the Bleu de Chanel campaign shows a more mature and at-peace independent man who continues to surprise but perhaps in a more thoughtful, confident way than in previous ads,” said Jim Gentleman, chief strategy officer at SKG, Las Vegas.

“Like past efforts, the spots are beautifully shot in iconic locations with legendary music providing an inspiring soundtrack throughout,” he said. “All the while, [the spots are] focused on the journey of a Bleu de Chanel man.”

Mr. Gentleman is not affiliated with Chanel, but agreed to comment as an industry expert. Chanel was reached for comment.

Mr. McQueens’ film is set to the song “Starman” by David Bowie and begins with Mr. Ulliel stepping away from a meeting and locking eyes with a beautiful woman in a different window. He looks back towards his team, only to realize the woman has disappeared, inspiring him to pursue her.

Against the dramatic backdrop of a night in Bangkok, Thailand, the campaign follows Mr. Ulliel as he wanders looking for his new muse. The model is also seen in various billboards and advertisements in the background.

As Mr. Ulliel walks through different neighborhoods, it is clear that everyone else is absorbed by the technology around them, instead of taking in their surroundings. He physically stands out as an independent, mature man.

In the spot’s final act, Mr. Ulliel is swimming in a rooftop pool when the young woman he was pursuing appears in front of him. He dives underwater and they meet, but when he returns to the surface he is alone and a shooting star appears above. 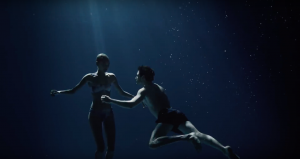 As the shooting star disappears from view, a voiceover announces that “It’s right in front of you.”

Perfume promotions
The Bleu de Chanel campaign is both dramatic and grounded, similar to the fragrance itself, which has notes of cedar and sandalwood.

As with earlier iterations, the bottle’s deep blue color is reflected in the film’s moody color palette. The high contrast and wide scope of the videography lends a sense of gravitas, now a staple for Bleu de Chanel campaigns (see story).

The settings for Bleu de Chanel spots have varied, with Mr. Ulliel finding tranquility amid a bustling urban landscape.

“Bleu de Chanel wants to evolve and elevate along with the men who use it,” Mr. Gentleman said. “The new campaign infers Bleu de Chanel is the cologne of choice for men throughout life’s experiences and discoveries.”