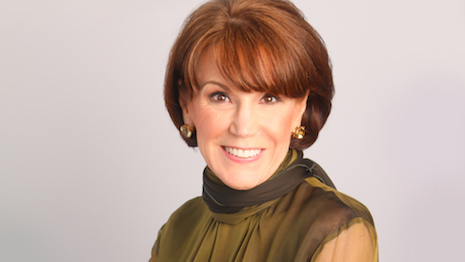 Customers do not often know what novel product or service they need until they see or experience it. But once discovered, they buy, buy and buy. Recall 2007 when Apple first introduced the iPhone and forever changed the way we think about communicating.

If you listen closely, however, your customers leave big clues about the wishes and needs of which they might not even be aware. It is understanding what they are not talking about that is often the path to innovation.

As best-selling author Malcolm Gladwell said, “We need to look at the subtle, the hidden and the unspoken.”

Mind the gap
Let us first acknowledge that we are surrounded by market gaps and opportunities. The continuous birth of new products, services and competitors proves this.

But how can we find the opportunities and fill the gaps before the next startup does? We have recognized two ways to do this.

First, a few rare individuals possess the uncanny instincts and imagination to foresee what is next.

But unspoken wants and needs are also revealed simply by paying attention – watching, listening and, most importantly, connecting the dots.

Take major fashion trends we see on the runways that rise from the streets. In the 1960s, Mary Quant realized her customers were putting scissors to her already shortened skirts and voila, the mini-skirt was born.

Pop-culture inspired Marc Jacobs to bring Grunge to the runways in the early 1990s, and other designers from Calvin Klein to Giorgio Armani and Versace followed.

Tesla electric cars evolved from a combination of these two types of inspiration.

Recognizing frustration with burgeoning gas prices and environmental concerns, the genius of Silicon Valley engineers and the vision of Elon Musk led to a break-through, creating a new breed of luxury cars.

Inspired innovation that helps businesses fill market gaps and differentiate themselves does not have to be as complicated as reinventing cars or phones.

Even a small dose of imagination can lead to big accomplishments.

Watch out
Eighty-seven years ago, Jaeger-LeCoultre literally flipped the script on traditional wristwatches when it created its now iconic double-sided Reverso.

Originally, this was a pragmatic solution to the problem of glass watch crystals being unsuitable for sports, specifically for Jaeger-LeCoultre’s polo-playing customers. Its watches then evolved from being one of the first sports watches to become a chic and highly personalized fashion statement

For those of us who cannot read the tea leaves as effectively as prescient entrepreneurs, a new and insightful research approach can help businesses to understand their customers better and inspire product and service evolution.

This new approach starts by realizing that the proliferation of literally millions of online reviews prove that customers want to share their opinions and points of views.

Digital conversations tell us what they think of virtually everything.

It is not just restaurants and hotels, airlines and airports, or cars and dealerships being reviewed online. There are even thousands of opinions about mousetraps posted on Amazon for the taking if mousetraps are your business’ focus.

And, in the week following the release of “Black Panther” over the 2018 Valentine’s Day weekend, almost 35,000 people shared their thoughts and feelings about the film on Fandango.

Clearly, people want to share their points of view, and not just tick the bubbles and boxes that most consumer surveys offer.

Giving people the opportunity to freely express themselves through open-ended questions helps all of us understand not just what they love and loathe, but why they feel as they do. The context of why is critical to businesses being able to take action based on their customers’ collective wisdom.

This invaluable intelligence is now available thanks to the power of machine learning applied to consumers’ verbatim text comments.

Recall the scene in “The Graduate” movie where a friend tells young Dustin Hoffman that the key to the future is one word: ”Plastics.” Well, today that word – now two – is “text analytics.”

However, I have found that customers have so much to say that to properly connect the context dots, this brilliant capability must also be interpreted with expert human curation.

Beyond the obvious things customers say, the breakthrough opportunity is hearing and then comprehending what is not said.

It is easy to be lulled into a false sense of security when your dashboard metrics say that all is well. But let me talk about an example of putting the sounds of silence to work.

Food for thought
A renowned celebrity chef restaurant asked us to compare itself to four similar restaurants using online reviews. The competitive set had collectively earned eight Michelin stars. And overall, our client received the most praise from hundreds of highly opinionated diners.

However, while there were nearly constant compliments for the food, text analytics revealed that our client received far less commentary about the service his restaurant delivered. And, what was said was mostly good, but not over-the-moon as their customers’ culinary conversations had been.

However, we then noticed that their closest competitor did receive big applause for its service, with staff names mentioned many times and detailed stories told about why its guests were delighted. In comparison, our client’s staff seemed nearly invisible.

When our analysis identified what our client was missing, their eyes were opened to a great opportunity. Specifically, this acclaimed restaurant could deliver the engaging service that their customers enjoyed elsewhere to enhance its already celebrated culinary prowess. And, when we dug deeper, we were able to identify exactly which aspects of service were creating the vividly recalled memories and why.

IDENTIFYING ELUSIVE unspoken needs and opportunities is something that can come from visionary genius. Or, for virtually everyone else, paying careful attention, listening closely and applying new listening techniques are equally valid means for forward-thinking leaders to find inspiration and move the needles of their businesses.

As management guru Peter Drucker said, “The most important thing in communication is to hear what isn’t being said.”