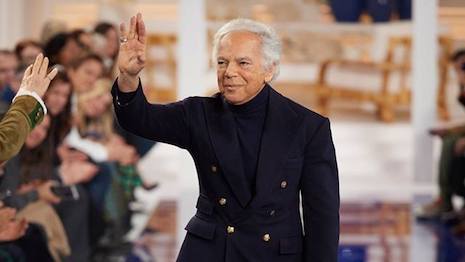 Ralph Lauren is being honored with an honorary knighthood. Image credit: Ralph Lauren

U.S. fashion designer Ralph Lauren has been named an Honorary Knight Commander of the Most Excellent Order of the British Empire (KBE) for Services to Fashion.