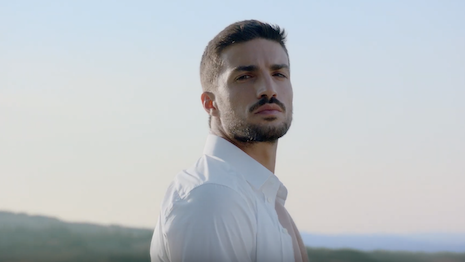 Italian fashion label Dolce & Gabbana is exploring the multifaceted nature of masculinity in a campaign for its latest men's fragrance.

Influencer Mariano Di Vaio stars in the new film for K by Dolce & Gabbana, which was directed by Mariano Vivanco and is set against a rustic but elegant backdrop. From working in the vineyards to spending quality time with loved ones, the vignette shows a man who holds domain in many areas.

“The K fragrance campaign presents a combination of tradition and modernity – true to the Dolce & Gabbana brand,” said Jim Gentleman, independent marketing consultant for lifestyle brands. “By showcasing the natural beauty of Italy’s countryside and villages along with Di Vaio’s zest for business, family and friends, the video brings the Dolce brand to life in a vivid way.”

The rectangular bottle is topped with a handcrafted cap shaped like a crown, while a minimalist but striking crowned letter “K" serves as the bottle’s label. The fragrance itself has top notes of blood orange and lemon zest, reflective of the brand’s Mediterranean heritage, as well as amber accents against a woodsy base. 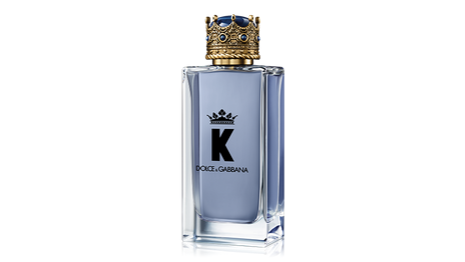 K by Dolce & Gabbana is topped with a crown. Image credit: Dolce & Gabanna

An accompanying campaign film features Dolce & Gabbana’s interpretation of a modern-day king, a man who succeeds in professional and personal spheres. Mr. Di Vaio himself is married with children while having built a successful career as a blogger.

The vignette opens in a vineyard on the outskirts of Montepulciano, Italy. Dressed in a simple white tank, Mr. Di Vaio cheerily greets the workers.

In the next scene, Mr. Di Vaio is overlooking the fields from a hill. Wearing a crisp white button-down, dress pants and loafers, he rides a motorcycle into the nearby village.

Sweeping shots of the countryside with glimpses of the fragrance bottle further connect the campaign to Dolce’s Italian roots. The film’s classical score was originally composed by Italian Ennio Morricone.

Once in town, Mr. Di Vaio meets with friends over drinks and playfully holds his son. A romantic moment with his spouse also illustrates that he has found happiness in many aspects of his life, including his community and family.

On social media, Dolce & Gabbana encourages fans to share their own achievements and successes using the hashtag #OwnYourCrown.

For instance, Italian label Giorgio Armani shows a seductive yet sardonic side to masculinity in a film starring actor Ryan Reynolds.

Mr. Reynolds is the latest spokesperson for Armani Code, including the label’s Armani Code Absolu fragrance for men. The brand has stated that its Code fragrances are meant to embody self-fulfillment and the personality of a man who masters the art of seduction, a notion that it believes Mr. Reynolds embodies (see story).

Returning as a face of YSL, musician Adam Levine stars in a video for the brand’s Y Eau de Parfum in which he engages in activities such as driving a sleek car and playing drums. YSL Beauty is also attracted to Mr. Levine’s sense of style, which has included daring hair choices and a plethora of tattoos (see story).

“Dolce & Gabbana’s use of Italian influencer Mariano Di Vaio in the campaign for K adds a level of authenticity and consumer engagement that goes beyond the traditional use of fashion models,” Mr. Gentleman said. “With Di Vaio’s significant social media following, Dolce & Gabbana hopes the campaign extends beyond advertising to something more genuine.

“This campaign also furthers the trend of using branded content tied to social media extensions in fashion advertising,” he said. “The hope is that consumers find the campaigns both entertaining and informative as well as providing an avenue for feedback and engagement through social media platforms.”