LVMH-owned Champagne house Dom Pérignon is examining the power of inspiration in an artistic campaign.

"Inspirations 2018" is an artistic collaboration curated by Frenchmen Benjamin Millepied and Dimitri Chamblas on the behalf of Dom Pérignon. The series puts the spotlight on the uniqueness of art, instead of overtly drawing attention to the luxury beverage.

An interesting juxtaposition takes place as Mr. Boogz wears a floral watercolor suit and dances to the cheerful classical music of Johann Sebastian Bach. The graceful movement of his body captures the essence of the ocean waves.

While the curators Mr. Millepied and Mr. Chamblas are world-renowned dancers and choreographers, enlisting a younger, more diverse generation of dancers as the series' stars will appeal to younger consumers. 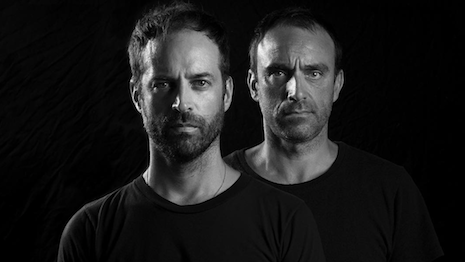 The curators are also featured on Dom Pérignon's Instagram, sharing snippets of the concepts behind Inspirations 2018.

"We want to gather some people together and through their suggestions for this project, understand this brand and this world a little better," Mr. Chamblas says.

This is seen in fruition with Bach Studies 01, as the choreography is inspired by the music and the setting.

"The history and the heritage inspire these artists to create," Mr. Millepied says.

Dom Pérignon has long looked toward artists to help promote its Champagne.

Each year, Dom Pérignon commissions an artist to take an element of its brand and create an original piece of art.

In 2017, the Champagne brand invited Japanese designer and artist Tokujin Yoshioka to create an artwork using the famous words of Dom Pérignon, “I’m drinking stars!” as the prompt.

Using the quote as inspiration, Mr. Yoshioka designed “Prism.” The artwork is an homage to a “Champagne of living light” similar to a prism’s colors and the emotion it triggers (see story).

In one video, the rockstar explains that life itself is a celebration worth marking with Champagne. In another short film, Mr. Kravitz discusses the art form of Champagne creation and how it is so different from what he does, saying that it inspires him (see story).