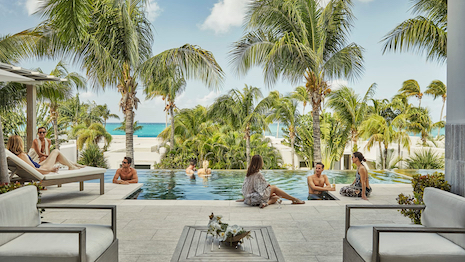 Hospitality group Four Seasons Hotels and Resorts is looking to take on home-sharing services by expanding its portfolio of rental properties.

Four Seasons Private Retreats include villas and residences selected from the brand’s existing resorts and residences. Unlike similar services offered by Airbnb and Marriott International, Four Seasons is allowing guests to balance space and exclusivity without having to sacrifice hotel-style high-end services.

“Four Seasons Private Retreats combine the best of both worlds – legendary Four Seasons service and amenities coupled with added space, flexibility and privacy all in a place to call home,” said Paul White, president of residential, Four Seasons Hotels and Resorts. “When you rent a home with Four Seasons, we tailor every detail to your individual needs to guarantee a vacation that is distinctly yours.”

The diversity in locations and properties offers something for almost all guests, whether they are looking for a beach or mountain getaway or a more urbane experience. Private Retreats may have several bedrooms, fully equipped kitchens, pools or other desirable features. 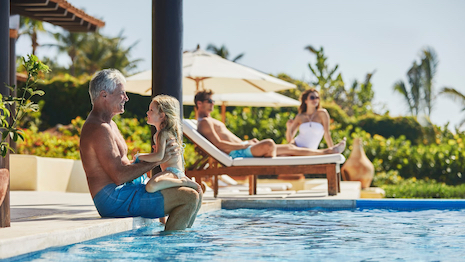 Four Seasons’ concierge can also arrange exclusive experiences, such as private yoga lessons or meals prepared by an executive chef.

A dedicated Four Seasons team also assists property owners who are interested in the rental program. Since the hospitality group manages and cares for each residence, it makes vacation rentals hassle-free for owners.

By serving as a property manager, Four Seasons also ensures consistency across the experiences for both owners and guests.

“As one of the only companies to act as residence property managers, Four Seasons is also uniquely positioned to serve its guests, tailoring each stay with a dedicated Four Seasons team who uphold the quality, consistency and service offering for which the brand is known worldwide,” Mr. White said.

Four Seasons is also investing in additional marketing for its Private Retreat offerings, including a new social video. It features a variety of locales, while emphasizing the space and privacy available through rentals.

Because of the spaciousness of its Private Retreats, Four Seasons is targeting families as the ideal clientele for these offerings. These experiences can also be tailored for romantic getaways or group travel with friends.

Four Seasons Private Retreats are available all over the world

The hospitality group has been highlighting the connections between loved ones and travel in recent efforts.

Each individual spoke about their busy routines and how it impacts their ability to take time for themselves and for their loved ones. Four Seasons inspired them with personal messages from their family members, who reflected on past travel memories (see story).

For instance, hotel group Marriott International is embracing the sharing economy with a new rental division poised to compete with hospitality disruptors such as Airbnb.

Dubbed Homes & Villas by Marriott International, the platform will enable consumers to rent properties from third-party companies through the world’s largest hotel group. Rather than allowing property owners to rent directly, Marriott is working with third parties including TurnKey Vacation Rentals and LaCure, who vet homes and take care of the services, such as replacing linens (see story).

After years of hotels unofficially offering their rooms through Airbnb, the service is now allowing for more specialized searches for customers looking specifically for hotels rather than a room in someone’s home. Additionally, a service called Airbnb Plus connects affluent travelers with luxury accommodations, blurring the line between Airbnb and other high-end, luxury hotel services (see story).

“While the alternative accommodation landscape continues to evolve, Four Seasons sees great opportunity to continuously strengthen our position as leaders in the market,” Mr. White said. “Since 2014, the Private Retreats program has grown from 290 homes to over 750, and we expect that by 2023, the portfolio will include over 1,000 villas and residences worldwide.”