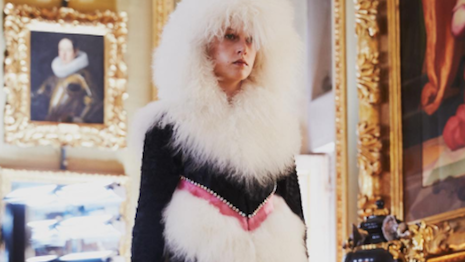 Gucci cruise 2018 look. The brand has become the latest to give up fur. Image credit: Gucci

For decades, exotic furs were one of the highest marks of luxury, but in recent months some of fashion’s biggest names have announced they will no longer use animal pelts in their designs.

Kering-owned Italian fashion house Gucci, one of fashion's most storied brands, made waves recently by announcing that it will cease selling furs, and several other big fashion names have dropped fur as well. Despite a broader industry shift toward more ethical and sustainable manufacturing practices, fur, as with any old habit, may just die hard.

"Fur is, and will be, one of those issues where you will unavoidably invite debate," said Diana Verde Nieto, CEO of Positive Luxury, London. "Retailers such as Selfridges led the way a few years ago by not stocking fur products, and Net-A-Porter, The Outnet and Mr Porter followed earlier this year.

"Gucci and a few other brands such as Calvin Klein and Ralph Lauren have also banned fur in their collections, so how far the movement will go depends on how consumer perception will shift," she said.

Gucci's Oct. 11 decision brought forth a swift counterpunch response from the Fur Information Council of America, which considered the move misguided. In a detailed statement, the council questioned whether Gucci really understood sustainability (see story).

Anti-fur
Fur has been a hot button issue in the world of fashion for ages.

While leather is common and does not face nearly as much scrutiny, fur has always drawn more ire from animal rights groups or even casual observers who think about where it comes from for too long.

The process of collecting the fur from farmed animals is noted as a process that is particularly cruel. Animals are often born and live their entire short lives in painful, subpar conditions before they are killed for their fur.

Fur farming is already banned in several places throughout Europe, including Germany, Austria and the United Kingdom, and pressure from animal rights groups and celebrities often focuses on fur, in particular.

Additionally, the last few decades have seen enormous progress in the development of synthetic furs and leathers, items that have the exact same qualities of real fur but without the harmful baggage in its creation.

While some luxury consumers may not find synthetic furs as “authentic,” the overall luxury industry seems to be embracing them in place of actual fur. 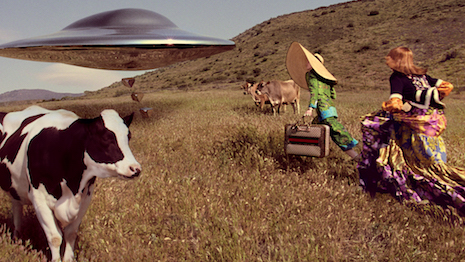 Gucci is looking toward the future with sustainability. Image credit: Gucci

In addition to Gucci and Yoox Net-A-Porter, brands such as Stella McCartney and Giorgio Armani have all pledged to cease any and all selling of fur from their collections.

The question is: What is the future of fur now?

While fur seems on its way out, nothing ever truly disappears and for luxury consumers who are used to having every want and need satisfied with enough money, they will still be able to find fur if they want.

Instead of fur completely disappearing, it is more likely that the process surrounding the acquisition of furs will transform to meet modern standards.

"Fur is still a status symbol in places like the Middle East, even in Europe and the USA, even today it is perceived like that by many people," Positive Luxury's Ms. Nieto said. "Millennials have a different attitude toward fur, and it is a similar mindset to the vegans and vegetarians debate – meat eaters still exist.

"I don’t think the use of fur will completely disappear," she said. "What I do firmly believe is that animal welfare policies will tighten and companies will need to demonstrate how the farming and killing of animals are done in a humane way."

Ethical future
The recent trend moving away from fur is part of a larger shift of the luxury business toward more sustainable actions.

Conglomerates such as LVMH and Kering release detailed reports on their sustainability efforts. Brands are following suit.

Italian apparel and accessories label Salvatore Ferragamo has taken great steps to become a sustainable company and reduce its negative effects on the environment.

Ferragamo released its Sustainability Report 2016, which is showing a 10.8 percent decrease in its natural gas consumption in one year from 2015. Also, Ferragamo's Italy-based employees traveled more than 9,542 kilometers, or 5,929 miles, carpooling (see story).

The auto industry is following a similar path. 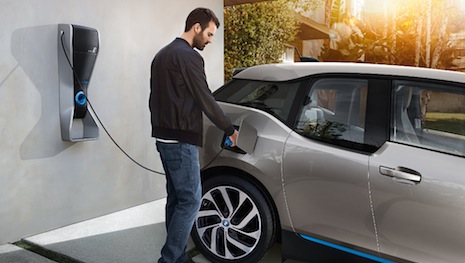 Electric vehicles have slowly become a significant part of the automobile industry, forcing automakers to embrace the eco-friendly strategy. By 2030, India’s serious pollution problem will be supported by an initiative from the country’s energy department that will attempt to cease the selling of gas-powered vehicles (see story).

The move away from fur is only the beginning, and if luxury brands keep up with the progressive attitudes of their younger customers, sustainable and ethical efforts will continue to be in luxury’s future.

"I think that fur is only a fraction of the move towards more sustainable and ethical practices," Positive Luxury's Ms. Nieto said. "Sustainability starts at the top – addressing much bigger complex issues, such as embedding purpose throughout the organization, having a social mission, good governance, diversity, inclusion, gender equality and equal pay at all levels.

"Then what follows, is how to address product innovation, retail, marketing and materials," she said. "I think what companies should be asking themselves is, what is the true impact of investing in fur production and does it apply to the modern consumer's mindset these days?"