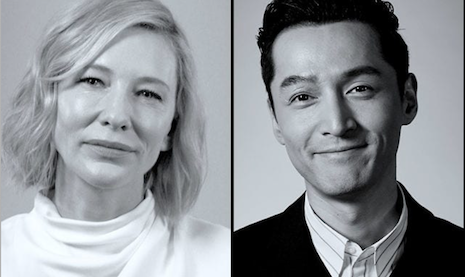 Italian fashion label Giorgio Armani is sharing a look at its own heritage using the perspectives of longtime collaborators and ambassadors in a new video series.

Actors Cate Blanchett, Li Bingbing and Hu Ge are among those interviewed for the new campaign, “What is Armani for You?” Luxury labels are looking for new ways to share their brand stories that will resonate with younger affluents.

“The interviews are personal and intimate as if you were having a one-on-one conversation with each luminary,” said Jim Gentleman, independent marketing consultant for lifestyle brands. “They don’t feel like advertising at all.

“They are honest and genuine tributes to Armani, both the man and the brand,” he said. “The simplistic, pure approach is refreshing.”

Armani connections
During their filmed interviews, each subject speaks to his or her relationship with designer Giorgio Armani, as well as how they have been involved with the house.

Armani has shared the confessional-style interviews on its Web site, and is rolling out the videos on social media properties as well.

The first installment shared on social media features Tadao Ando, the designer of the Armani Teatro.

Mr. Ando has a storied relationship with the Armani brand, who honored the Japanese architect through a new exhibit at Milan Design Week. The Armani Silos installation is open through July, and is Armani’s first event dedicated to architecture (see story).

Speaking in his native Japanese, Mr. Ando describes his first meeting with the fashion designer two decades ago.

“He chooses the exact quality that suits the form he has imagined in his mind, and I was amazed to see the process and the quick thinking and decision making behind it,” Mr. Ando says in his spot.

“I could see the series continuing with unexpected personalities beyond the fashion, entertainment and design industries,” Mr. Gentleman said. "Perhaps icons from the worlds of sports, technology and music – but only if they feel a true, human connection to Armani.”

Heritage pushes
Luxury labels have different approaches when sharing the stories and legacies behind their history.

For instance, French fashion label Chanel has a long-running series that incorporates archival footage, narration and other creative touches to share the story of house founder Gabrielle “Coco” Chanel.

Italian fashion label Salvatore Ferragamo went in a different direction when it celebrated its new Gancini monogram in an extensive digital project that centers on a group of influencers.

Paul Andrew, creative director of women’s collections, reimagined the Gancini, or “little hooks,” based on the brand’s eponymous founder’s heritage. To mark the update, the label collaborated with influencers – dressed in Gancini prints – to poke fun at today’s digital-centric culture (see story).

No matter the strategy, authenticity has to be central to how a brand shares its heritage.

“The Armani campaign features a diverse group of renowned figures in their respective fields., each is known for his or her artistry, craftsmanship, and quality – all true to the Armani brand,” Mr. Gentleman said. “The understated and elegant approach also embodies Armani.

“Ultimately what makes this campaign work is the authenticity.”