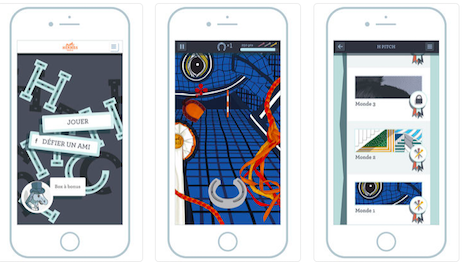 French leather goods house Hermès is looking for a ringer via mobile gaming in an effort that aligns with its yearlong mission to connect with consumers in a playful manner.

Each year Hermès adopts a theme for its annual branding, and for 2018 it is looking to take on a more whimsical approach with a “Let’s Play” moniker. Hermès is taking a literal approach to its playful strategies with a mobile game that also incorporates its equestrian roots.

Let's Play
Hermès has a long-standing history with the equestrian world and has just marked its ninth year as the sponsor of the Saut d’Hermès showjumping competition.

As part of its interest in horse-related activities, Hermès has released a mobile application that puts a branded spin on the classic game of horseshoes.

“H-pitchhh” is a downloadable mobile gaming app that allows users to leverage the iPhone X's gesture mode to virtually toss a horseshoe. The graphics are all branded in Hermès style.

In the same manner of the physical game of horseshoes, players score points based on how close they tossed their horseshoe to the stake.

For those that do not have gesture tech, users can simply swipe their fingers to toss the horseshoe.

The player will score points to unlock five worlds inspired by Hermès illustrations. There are also bonuses incorporated that will relate to Hermès founder Emile Hermès’ secret object collections as well as different horseshoe pitching objects.

Users will be visited by a helpful “horsefriend” that offers advice and tips on how to play.

Players can participate alone or play against friends within the app. 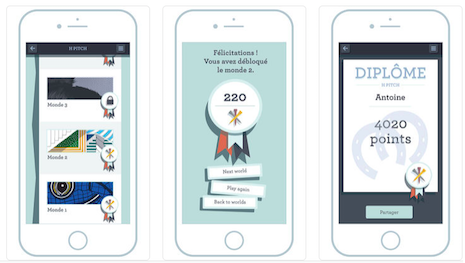 Hermès campaigns
Hermès' recent campaigns have had a theme of playful and whimsical.

For instance, the leather goods house promoted its men's bags through a lighthearted effort that played with the concepts of time and elegance.

The short film, called "An Endless Game," sees a model carrying an Hermès bag through the bustling city streets of New York while dodging some of the daily hazards that the city life presents. In the process, the brand is highlighting the smooth elegance of its products by showing how they can streamline a consumer’s life (see more).

The brand also mesmerized woman from all walks of life with a campaign that puts viewers in a trance.

Hermès' “Trompe l’œil,” meaning optical illusion in French, is the brand's spot that leaves much to the imagination and entices fashion fans to look into its line of leather handbags. Hermès is encouraging consumers to “devour them with your eyes,” as its mysteriousness hopes to spur interest (see more).