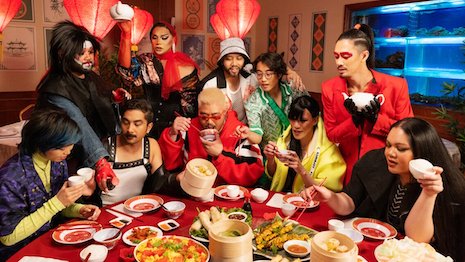 Canadian department store chain Holt Renfrew is reminding consumers that pride is for all with a new short film.

Entitled “Pride 2022 A Seat at the Table,” the vignette spotlights New Ho Queen, a queer Asian collective that works to carve space and maintain representation for Asian people in the LGBTQ community, fashioning looks available at the department store. Partially narrated by writer Joy Xiang, the vignette highlights the importance of the inclusion aspect of the pride movement, spotlighting those working to make sure every person knows there is space for them to belong.

“Representation is something that has been an important component to those that want to be seen and to be done in a way that is authentic,” said Kimmie Smith, cofounder and creative director of Athleisure Mag, New York.

“It’s about listening to your customers and those that may be in the future where they feel that they have a seat at the table and are welcome.”

Room for all
New Ho Queen resulted from the collaboration of multidisciplinary designer John Thai, fashion stylist and queer event organizer Armand Digdoyo, filmmaker and DJ Lulu Wei and DJ Valerie Soo, also known as DJ Valeroo. The four came together with the goal of organizing a queer Asian party.

After several events, the collective, named after the restaurant New Ho King, evolved into more of a community than a party.

New Ho Queen dances, celebrates one another and shares a meal

The short film opens in a nightclub. Filled with disparate colored lights and methodic dancing, the group begins to address the need for representation for all within the LGBTQ community.

Members begin to discuss the importance of feeling reflected in one’s community while addressing the void that is felt when representation lacks.

“Being queer and Asian, I rarely saw myself or people like me represented in queer nightlife,” says a member of the community.

As different group members dance in disparate looks including jewel-adorned blazers, collared shirts and leather tops, a communal feel is established. They dance together comfortably, joyfully.

The collective continues dancing at the club as a lit-up sign reads “New Ho Queen.”

“When you find your chosen family, it’s magical,” another member says. “I just felt the immediate sense of belonging.”

Several voiceovers then explain that the collective is more than just a party or celebration. To the members, the group is a palpable sense of belonging.

They continue explaining the heart of New Ho Queen — a space for the exchange of creativity, dreams, hope and love.

“Our own proverbial table,” one member says.

For members, their table has room for all, as it celebrates and prioritizes queer Asian identity. Members are invited and encouraged to enjoy themselves, one another, fashion and the future.

The vignette shows the party at the nightclub ending around 3 a.m., and the collective joining together around a large table to share a meal. 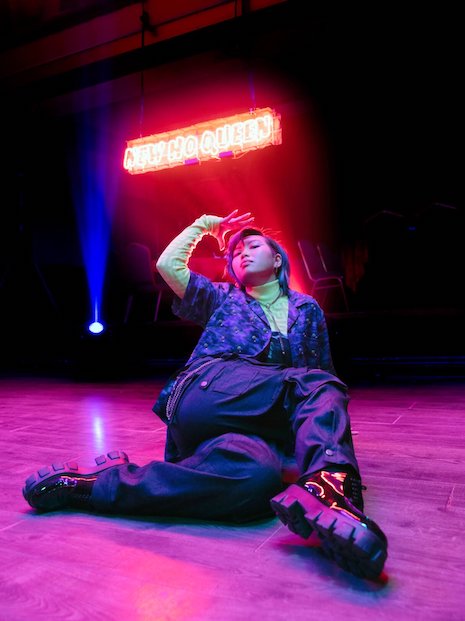 Members discuss the importance of feeling reflected in one’s community while addressing the void that is felt when representation lacks. Image credit: Holt Renfrew

As the members eat and enjoy each other’s company, they are free to be themselves while also being able to come together to form a supportive community, where differences are celebrated and unified to make something whole.

“We didn’t wait for a seat at the table,” one member says.

“We made our own table,” another member finishes.

Celebrating pride
Luxury brands and retailers are making strides to support the LGBTQ community, through initiatives that span from supporting nonprofits to spotlighting their own employees.

U.S. retailer Neiman Marcus Group honored Pride month and the LGBTQ+ community by committing to cultivating a culture of belonging.

U.S. beauty group Estée Lauder Companies celebrated the LGBTQ+ community by asking its own employees to reflect on what pride means to them.

The company and its LGBTQ+ community encouraged everyone to use the month of June to reflect on the strides made for equal rights, while also celebrating what makes each of them unique. In a short video campaign produced with the company’s LGBTQ+ employee resource group wELCome, employees shared their thoughts on pride (see story).

It is imperative for brands to appeal to all consumers, to do all that they can to make shoppers feel not only welcomed but represented and as though there is always a place where they belong.

“Customer bases are diverse and need different things from those that they spend their money with,” Ms. Smith said. “People want to be able to see themselves and from a fashion standpoint, highlighting creatives and letting them showcase how they are unique and how they fit into the world is a major element to being a destination where people can come to shop for their favorite finds and let others know how they wish to be seen.”