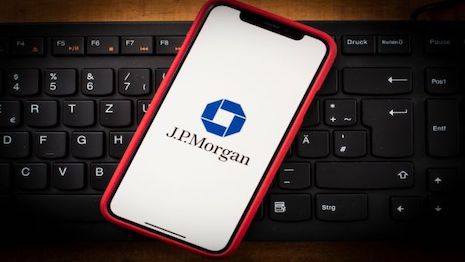 Banking giant J.P. Morgan Chase is the first major U.S. financial institution to launch its own cryptocurrency, pointing to the growing prevalence and embrace of the technology.

“JPM Coins” are digital tokens that are redeemable for one U.S. dollar, intending to protect it from the fluctuations other cryptocurrencies face. As the business and luxury sectors continue to find applications for tamperproof blockchain technology, cryptocurrencies are becoming more widely accepted.

“It is the first cryptocurrency to be issued directly by an established large financial company, providing it some measure of trust and reliability,” said Elizabeth White, founder and CEO at the White Company, New York. “However, it's already viewed with some skepticism because JPM’s CEO Jamie Dimon was such a harsh critic of bitcoin, which many suspected [was] because they felt threatened by it.

“The concept of a ‘stablecoin’ representing $1 has been well acknowledged as the ‘killer app’ of blockchain and the promise of the JPM coin is that has all the advantages of blockchain but with full regulation, compliance and no volatility,” she said. “The problem is acceptance, and if it's only used to settle some payments on JPM’s wholesale system, it is not different at all from an internal accounting ledger.”

As the bank looks to speed up its global transactions, it is hoping to move away from older technology such as wire transfers. For instance, international payments can take more than 24 hours to settle.

Trials of JPM Coin are scheduled to begin later this year. This will mark one of the first uses of cryptocurrencies in banking.

In 2018, J.P. Morgan was one of three lenders that prohibited its credit card customers from purchasing bitcoins.

Unlike other existing cryptocurrencies, JPM Coin will not be available to the public and was developed with business-to-business transactions in mind.

Only large clients that have undergone regulatory checks such as corporations, banks and broker-dealers will have access to the tokens.

After depositing dollars at the bank, clients will be issued their coins. Once the tokens are used for a transaction on the blockchain, J.P. Morgan will destroy the tokens and give clients a corresponding amount of dollars.

The value of a JPM Coin is currently tied to the value of the U.S. dollar, but J.P. Morgan says it will extend to other currencies in the future.

“If a [bank-based] cryptocurrency was widely accepted, easy to purchase and redeem, and can be used outside of having a bank account with that particular bank, it would help the luxury and business world, which constantly struggles with the difficulties of slow, expensive and unpredictable international payments,” Ms. White said.

Crypto adoption
Despite some initial hesitancy, cryptocurrencies are swiftly being adopted in many areas of the luxury world.

Cryptocurrency payment platform BitBay Pay is working with The List to allow its shoppers to check out via bitcoin and other cryptopayment. As cryptocurrency continues to grow, especially in Asian markets, The List is hoping to make checkout convenient for customers no matter how they prefer to purchase.

With minimal steps, shoppers can check out via bitcoin and with just an additional step. They also have the option of paying through 20 other cryptocurrencies including litecoin, ether, lisk, tron and ripple (see story).

Last spring, digital television channel FashionTV announced that it would begin accepting bitcoin for all of its services, including at its cafes and hotels, as well as allowing customers to purchase products from FashionTV with bitcoin.

Additionally, FashionTV plans to introduce its own form of cryptocurrency called FTV Coins, a move that the group said was made under the advisory of the House of Nakamoto, a retail group focused on bitcoin and other cryptocurrencies (see story).

“Cryptocurrencies became popular because of their ability to send value to anyone in the world, in minutes, for pennies,” White Company’s Ms. White said. “Yet, the volatility of cryptocurrencies made them difficult to use, since real-world goods and services are always priced in USD, EUR, GBP, etc.

“Therefore, the next evolution in blockchain technology is clearly blockchain-based digital currencies,” she said. “While they don't offer investment upside since they will always be pegged to their underlying currency, they do open up endless possibilities in worldwide commerce and payments.

“The only question that remains is which digital currency will gain enough acceptance. It might be the JPM coin, or it may be a USD cryptocurrency issued by the U.S. government itself.”