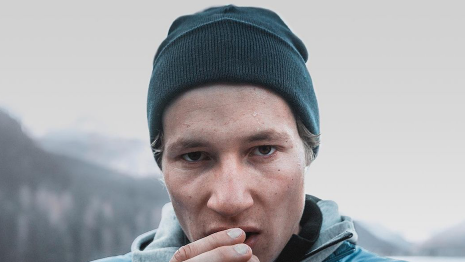 Swiss watchmaker Longines is putting the athletic prowess of two Swiss alpine ski racers on display to celebrate the pursuit of greatness and draw attention to its recently unveiled Spirit collection of watches.

To kickstart the new year, the watchmaker showcases its association with adventure and history of involvement in alpine skiing by featuring Marco Odermatt and Loïc Meillard who are both brand ambassadors in its latest campaign. The collaboration serves to link the heritage brand’s precision in watchmaking to the skiers’ quest for peak performance.

“This campaign is unique in the sense it focuses on individual achievement,” said Donnie Pacheco, founder of Donnie P. Consulting, Seattle. “The ad highlights the drive, dedication and determination that it takes to not only succeed, but go for what is beyond being great.”

Swiss focus
A partner of the International Ski Federation, Longines appropriately sets “The Pioneer Spirit Lives On” campaign in the Swiss Alps, where Mr. Odermatt and Mr. Meillard, who ski on the World Cup circuit, honed their craft.

The striking footage opens with a majestic shot of the towering Alps in billowing snow before panning to a shot of Mr. Odermatt staring into a fire. It then abruptly shifts to scenes of him lifting barbels in a weight room.

The Alps add an element of majesty to the footage.

The short portrays the skier’s focus and strength as he jumps rope, runs and hits the gym and slopes to train for his giant slalom specialty. In doing so, it adds authenticity to the Longines brand.

“When a pioneering spirit lives inside you, you go the extra mile,” says the female narrator. “You know that everything shifts in a split second.”

Midway through the footage, Mr. Meillard is introduced as he snaps a picture of the mammoth Alps behind him, a move which serves to highlight his vulnerability. 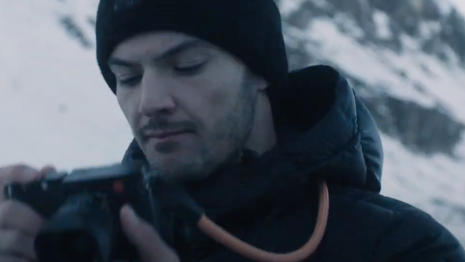 Loïc Meillard made his World Cup debut in January of 2015. Image credit: Longines

“When it’s just you and the mountains, it’s far more than direct lines and quick transitions,” the narrator says. “It’s about building something inside that is stronger than fire.”

In later shots, Mr. Meillard also shows off his intensity at the gym where he scampers up a rock-climbing wall with ease. Mr. Odermatt eventually joins him for a workout and the two exude a spirit of friendly competition as they engage in races and finish the session by slapping hands.

Throughout the ad, both men are armed with watches from Longines’ new Spirit Line, an old-school collection of pilot watches designed to commemorate the glory days of aviation. 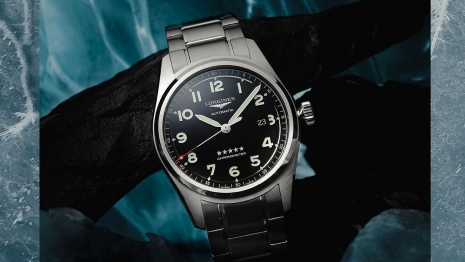 The Spirit Line of pilot watches is meant to commemorate the glory days of aviation. Image credit: Longines

Made of stainless steel and sapphire crystal, the Spirit Automatic blue dial men's watch boasts a fixed silver-tone bezel as well as a blue dial with arabic numerals. It is also notable for its 64-hour power reserve, reasonable price and water resistance at 100 meters.

A bit of history
Founded in 1832, Longines’ history is a storied one as Amelia Earhart and legendary business magnate and pilot Howard Hughes were among those to choose a watch with the winged hourglass brand to take on expeditions. Now part of the Swatch group, the brand is working to cultivate its image as a collectible brand.

In 2019, Longines manufactured its 50 millionth timepiece and celebrated 185 years in the industry. The brand maintains that precision and quality have been the pillars of its business since its birth (see story).

The Pioneer Spirit Lives On campaign comes on the heels of the re-release of its classic Legend Diver watch with a classy short filmed in Venice. The second coming of the watch is part of an effort by Longines to dust off its collection by remastering certain pieces (see story).

“Longines is well positioned because they spent years building their brand and message by focusing on their heritage and building out strategic brand ambassadors,” Mr. Pacheco said. “Additionally, their price points are lower than many brands making them more accessible for customers.”