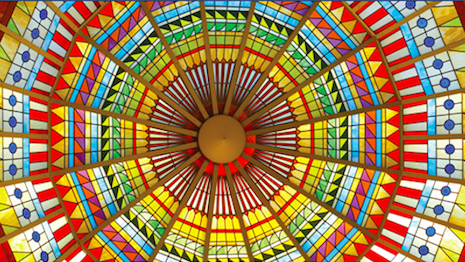 Beginning with humble farmland, the Segerstrom family converted their parcels into real estate holdings in California’s Orange County during the 1950s, eventually unveiling South Coast Plaza in 1967 where lima beans once grew.

Fifty years later, South Coast Plaza is known as a mecca for luxury and style. Not only is it the largest shopping destination on the West Coast where many top-performing international retailers flourish, but South Coast Plaza also is the most successful planned retail center in the United States, attracting more than 20 million people every year who collectively spend close to $2 billion.

Early on, the Segerstroms envisioned developing more than just a place to shop. The family and South Coast Plaza were pivotal in creating a cosmopolitan center for culture and arts for the county, inviting artists and architects such as Isamu Noguchi, Richard Serra, Victor Gruen and Cesar Pelli to give life to that vision.

The result is a campus that includes South Coast Repertory, the future location of the Orange County Museum of Art, and Segerstrom Center for the Arts, home to the Pacific Symphony, American Ballet Theatre, Philharmonic Society of Orange County and Pacific Chorale.

“South Coast Plaza” is a retrospective book that celebrates the center’s 50 years and traces the heritage and transformation of this landmark into an unparalleled commercial and cultural icon.

When South Coast Plaza opened in 1967, the mix of department stores and boutiques in the one million-square-foot shopping center was not much different from other shopping centers in Southern California.

Today, South Coast Plaza’s carefully curated collection of luxury boutiques is a destination unto itself in Orange County. While many other major retail centers that opened in the 1960s and 1970s have closed, or struggle financially, South Coast Plaza flourished. That’s due to a major advantage South Coast Plaza enjoyed: The Segerstrom family owned and operated it. They already had their eye on every detail, and the visionary changes they made over the ensuing decades were so significant that calling it a “mall” not only fails to do the center justice—it’s officially banned from South Coast Plaza’s lexicon.

The evolution began with the Segerstrom family’s realization in the mid-1970s that they needed to distinguish their center from the competition. In that era, there were many malls opening throughout the region, often anchored by competing department store duos (May Company and Bullocks vs. The Broadway and Robinson’s) and filled with many of the same tenants one would find in centers around the United States.

“I didn’t like the kind of retailing that we had to compete with,” Henry Segerstrom recalled of the glut of regional malls that opened in SoCal in the 1960s and 70s. “So, I decided to see if there was another market.” With his wife, Yvonne, he obtained the rights to own and open some of the most exclusive luxury boutiques of the day at South Coast Plaza.

In 1975, André Courrèges opened at the shopping center, the first freestanding international designer boutique in Orange County. Contemporary fashion designers still reference his designs as emblematic of the 1960s and 1970s, with his white, A-line minishift dresses, geometrical lines, and minimalist designs in bold, contrasting colors.

Other influential international designers followed soon thereafter. Yves Saint Laurent, who burst upon the fashion scene with his Mondrian collection of six colorful dresses that defined the modernist spirit of the 1960s, opened a store at South Coast Plaza not long after Courrèges. Then came Mark Cross, America’s first luxury leather goods brand, followed by Halston – who, according to an LA Times story, jetted in from New York with six models to “personally open the doors of his first boutique west of Chicago.” Halston was an especially important partner for South Coast Plaza at the time because his name was synonymous with 1970s glamour in New York, where the designer partied away the nights at Studio54 alongside friends and clients Andy Warhol, Jean-Michel Basquiat, Bianca Jagger and Elizabeth Taylor.

These were the best designers of that particular moment; and the fact that they all opened within a year of each other at the same planned retail center foreshadowed that something was happening at South Coast Plaza – something big. After all, it wasn’t easy to create a real estate product that would live up to all the discerning expectations of the world’s top designers at that time. As Henry Segerstrom said of the decision to open those stores, “It was a growth market, and everybody else was passing it by because it took too much personal effort.” Today, luxury boutiques featuring the world’s finest names in fashion are de rigueur at the center. South Coast Plaza continues to engage in thoughtful curation of its mix of merchants, including early engagement with emerging brands to add to the collection of stores. Luxury brands queue up for years waiting for an opportunity to join the illustrious mix.

South Coast Plaza has the finest jewelry and watch collection in Southern California, which is a key part of the luxury merchandising mix that draws shoppers to the center. Brands include Cartier, Harry Winston, Rolex, A. Lange & Söhne, Mikimoto, Patek Philippe, Van Cleef & Arpels and Vacheron Constantin. 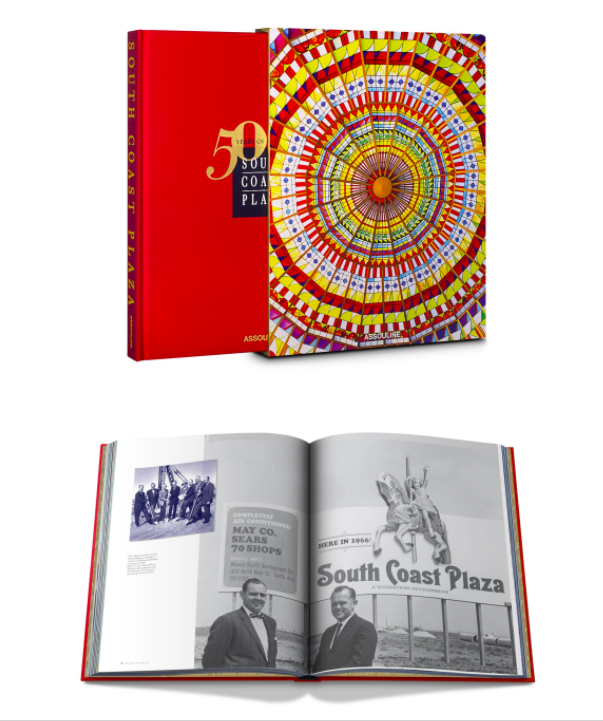 South Coast Plaza is one of the leading luxury- and arts-focused shopping centers in the United States. Not surprisingly, the production quality of its commemorative volume mirrors its values

At the time, most national luxury retailers saw Southern California as a market that would only support one store, often in Beverly Hills. Henry Segerstrom was convinced that wasn’t the case, and that South Coast Plaza’s market reached well beyond the range of seven to fifteen miles that conventional retailing wisdom had established. Indeed, Segerstrom believed the market area of South Coast Plaza would extend well beyond that to a one-hundred-mile radius, drawing shoppers from Santa Barbara, Palm Springs and San Diego.

The immediate success of Tiffany & Co. proved that Segerstrom’s vision was correct. Tiffany & Co. is on the list of retailers whose store at South Coast Plaza is often their first or second in revenue among all stores internationally, including their New York flagship store. The same may be said for Louis Vuitton, Hermès – which opened in 1997 at South Coast Plaza – and many others. While the many luxury brands at South Coast Plaza may be competitors, the curated collection ensures that each brand is enhanced by the others.

When Chanel Fine Jewelry opened at South Coast Plaza, it was one of “the very first watch and jewelry stores we opened in the United States,” according to Barbara Cirvka, then Chanel division president for fashion, watches and fine jewelry. “People wondered why we were doing it [at South Coast Plaza] and not Beverly Hills or New York City. It’s a very important market for us. At South Coast Plaza, we have the right neighbors, the right adjacencies. Competitive brands are together . . . in a brand-enhancing way.”

In a way, South Coast Plaza is like a jigsaw puzzle – assembled meticulously by the Segerstroms, piece by piece, all the while making sure that precisely the right partners are brought on board. Examples of the Segerstrom family and their executive team courting and recruiting international designers and global brands to come to South Coast Plaza are legendary. A highly developed aesthetic, an instinct for luxury trends, and a refusal to underestimate the tastes of an increasingly cosmopolitan Orange County shopper helped South Coast Plaza evolve into the global destination it is today.

The careful piecing together of just the right brands as not just tenants but as partners has been a key to South Coast Plaza’s success. “I believe in the best,” says Henry Segerstrom. “No matter what language you speak, no matter the color of your skin, no matter where you live, everybody likes quality. Which is why we at South Coast Plaza are completely committed to quality and being the best. Why be good when you can be great?”

Text by Kedric Francis, who is editorial director for custom content at the Southern California News Group. He was cofounding editor of Orange County Register magazine, which won the 2014 Maggie Award for Best New Publication, and was the executive editor for Coast Magazine. Previously, he was the founding editor of Riviera and Modern Luxury Orange County magazines.