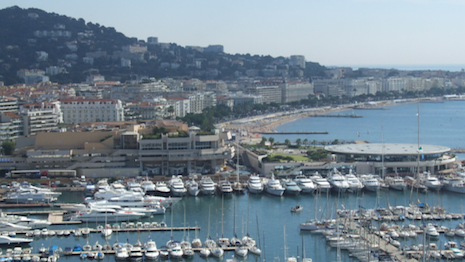 Cannes is home to the Cannes Film Festival, a hotbed of luxury brands and wealthy customers

Luxury brands of all stripes are descending on the 2017 Cannes International Film Festival to partake in the French city's fittingly chic atmosphere.

Every year the Cannes Film Festival and the Cannes Festival of Creativity celebrate the best in advertising and film. From French fashion house Balmain to Swiss jeweler Chopard, this year’s festival, starting on May 17 to 28, is drawing attention from a host of prominent luxury brands.

Cannes Lions
With the Cannes Film Festival currently underway, now is the time when celebrities are photographed on the red carpet in designer dressings by the dozen.

The buzz around Cannes and the luxurious atmosphere of the city itself lends itself well to luxury brands that typically use the event to boost their own products and efforts.

This year is no different as luxury brands from many different sectors are hosting events, product launches and other initiatives all based around Cannes.

For example, Swiss jewelry brand Chopard used Cannes as a venue to announce its return to fragrances with four new scents all themed around sustainability and fair trade. 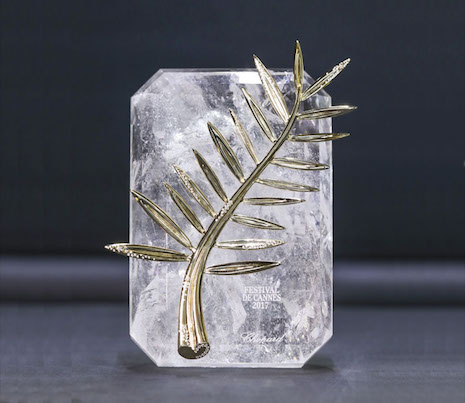 At a dinner in Cannes hosted by Chopard, co-president and artistic director Caroline Scheufele and Livia Firth, founder of sustainability consulting firm Eco-Age, unveiled Néroli, Vétiver, Magnolia and Vanille. Each scent is themed on a different fair trade ingredient to raise awareness about environmental and humanitarian issues related to the production of luxury fragrances.

Chopard also puts it jewelry know-how to work at Cannes, using the film festival's red carpet as a stage for its sustainable practices and high-jewelry collections.

Additionally, L’Oreal hosted a party in Cannes to celebrate its 20th year of partnering with the festival, drawing in big names such as Eva Longoria and Balmain’s Olivier Rousteing.

Other parties have been running throughout the length of the festival, which finishes on May 28, including one from de Grisogono.

The Swiss jeweler hosted a big party called Love on the Rocks, which it puts on every year. This year the party was live streamed by de Grisogono, turning what is usually an exclusive private experience to something that can be viewed and shared by potential customers around the world.

The Cannes Film Festival presents a great opportunity for luxury brands to get their products in front of potential customers, and the association with the glamorous festival in the south of France is good for branding purposes.

Many brands have gone so far as to partner with Cannes directly, something that Chopard has been doing for 20 years. The brand helped redesign this year’s Palme d’Or trophy to incorporate ethically mined diamonds.

For two decades, Chopard has acted as the official sponsor for the international film festival and has used the event to promote its high-jewelry collections on the red carpet. The film festival, now in its 70th year, generates buzz for Chopard’s jewelry and has become a platform for the jeweler to show off its latest designs and sustainable mining initiatives (see story).

The Palme d’Or of the Festival de Cannes, crafted by Chopard

Other brands have capitalized on the imagery associated with the festival for their own marketing campaigns, such as last year’s Barney’s photo shoot, shot on site at the Cannes Film Festival.

Barneys and Juergen Teller traveled to Cannes, France to highlight the retailer’s top designer collections in his stylistic “humor and truth.” Mr. Teller’s style also adds a degree of social commentary to his images, an approach that differs from the uniformity of many fashion campaigns (see story).

Cannes presents exactly the kind of atmosphere that many luxury brands want to create associations with, emphasizing a beautiful location, the highest of fashion and mingling with some of the world’s most recognizable and glamorous people. With this in mind, it is no surprise the number of luxury brands that have come to Cannes this year.