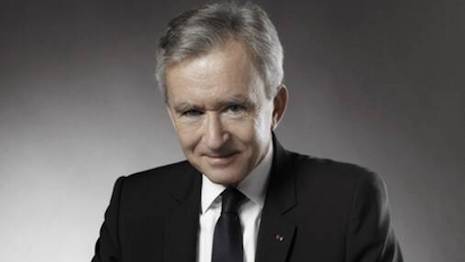 Bernard Arnault is the 2019 Luxury Personality of the Year. Image credit: LVMH

Bernard Arnault, chairman/CEO of conglomerate Moët Hennessy Louis Vuitton, is Luxury Daily’s 2019 Luxury Personality of the Year for his deal making that changed the luxury landscape. He is a man with a vision and a mission.

Solidifying LVMH’s place as the largest luxury group by revenues and deepening the company’s ties to the American market, LVMH entered an acquisition deal with Tiffany & Co. in November. Beyond Tiffany, throughout the year LVMH has furthered its position in growing areas of the luxury business, from hospitality to sustainable fashion and streetwear, through investments.

LVMH ended 2018 with the announcement that it would be acquiring hospitality company Belmond. The $2.6 billion sale closed in April 2019, expanding the group’s presence in the experiential luxury segment (see story).

While the terms of the deal were not disclosed, LVMH Luxury Ventures was said to have put a minority investment into the luxury ready-to-wear brand. The investment is one of many LVMH has made recently in sustainable initiatives, as the brand focuses on sourcing materials knowing where they have come from and who has made them (see story).

The direct-to-consumer brand was founded in 2017 and has established a dedicated following with biweekly limited drops and pop-up shops. Through the LVMH Luxury Ventures stake in Madhappy, the group broadened its position in streetwear (see story).

Also in October, it was announced that LVMH had made an unsolicited offer for Tiffany & Co. After much speculation on whether Tiffany would tie the knot with LVMH, the two finalized a $16.2 billion deal, the largest in LVMH’s history. 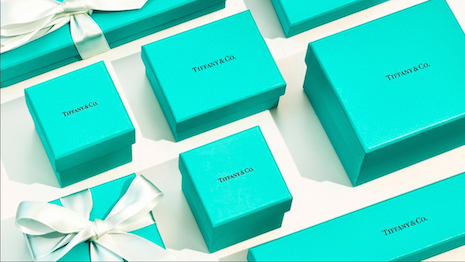 Tiffany is in the box for LVMH. Image credit: Tiffany & Co.

LVMH’s 2018 revenues totaled 46.8 billion euros, or about $52 billion. With the recent additions, the conglomerate will further its leadership position as the largest luxury group, increasing competition for its competitors.

During 2019, Mr. Arnault’s fortunes climbed. He surpassed Warren Buffett to become the third richest person in the world earlier this year, where he remains today.

Mr. Arnault briefly was the second richest man in the world this year, surpassing Bill Gates for a short time before moving back into third. This was tied to soaring share prices for LVMH in July (see story).

His estimated net worth according to Bloomberg as of press time is $103 billion.

In 2019, sustainability grew from a buzzword to an imperative for the luxury business. And perhaps no sector felt this push stronger than fashion.

Designer Stella McCartney, long a champion of a greener way of doing business, has become a guiding light to other luxury brands that are now adapting to more eco-friendly practices.

On social media, Ms. McCartney often speaks directly to consumers about environmental issues, such as the fires in the Amazon rainforest and deforestation.

In September, Ms. McCartney made her first speaking appearance at an LVMH event held at the group’s Parisian headquarters.

Through a pilot program, Google will be building a data analytics tool to assist brands in gaining an understanding of the environmental impact of their supply chains. As brands strive to be more eco-friendly in their production, the raw material stage is often difficult to measure, something that Stella McCartney and Google are looking to change (see story).

Heading into 2020, Ms. McCartney is gaining even more notoriety by becoming the first designer to be featured on the cover of American Vogue. This coveted position on the January issue is indicative of both her leadership role in the sustainability movement and the growing position of responsibility and values in the broader fashion conversation.