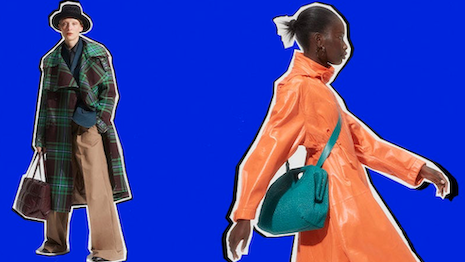 The art fashion collaboration is now in its third year. Image credit: Matchesfashion

A year-long initiative, “Art.Matches.Fashion” explores the intersection of the two creative industries, beginning with the latest installment with Frieze featuring contributions from various artists. This year’s project includes an audio guide spotlighting these artists as well as art institutions to visit in New York City.

Frieze New York
Matchesfashion and Frieze have been collaborating for several years now.

The retailer launched a pop-up at Frieze New York in 2019, where panels and discussions were held. The shop featured a range of womenswear and menswear, as well as a talk series and sessions with the artists (see story).

In 2020, Matchesfashion headed to Los Angeles for the art fair, where consumers could discover curated edits, installations, exclusive collections and a program of events hosted by the retailer.

In a four-minute film produced for the fair, writer, editor and curator Antwaun Sargent takes audiences on a tour of his favorite art institutions around New York. He begins at exhibition space Performance Space, moves to Dashwood Books in The Bowery, ultimately ending at the High Line in Chelsea.

In his journey, Mr. Sargent meets the people behind these places and considers the impact of art on human beings, their surroundings and communities as a whole.

At Dashwood Books, Mr. Sargent converses with founder and owner David Strettell, who shares that he launched the bookstore as a showcase for up-and-coming photographers.

“I’m very fascinated by the art that we choose to display in our public spheres,” he says while observing Simone Leigh’s “Brick House” sculpture. “It says a great deal about what we value, what our desires are as a culture and as a city.

“We’re in a moment of real possibility,” he continues. “I hope that everyone who has lived through this pandemic is really thinking about the stakes of that possibility, and how we can use this moment to define a better future.”

In a series of mini audio guides, experts and insiders bring art-lovers the most topical news, up-and-coming talent and local insights from the Frieze art fairs.

In the first episode of the new season, Rebecca Siegel, director of Americas and content for Frieze Los Angeles, speaks to Mr. Sargent. The native New Yorker, who was recently appointed as director and curator for the gallery Gagosian, discloses which art galleries, institutions and events audiences should look out for in the city.

During the second episode, Ms. Siegel speaks with Brooklyn-based curator and writer Kimberly Drew who came to public consciousness with her “Black Contemporary Art” Tumblr page, where she built an audience of young, creative and socially minded fans.

They discuss her involvement with the Vision and Justice project, and how it has evolved into the political arts and culture platform it is today. She also shares her tips for how to spend an afternoon enjoying art in New York. 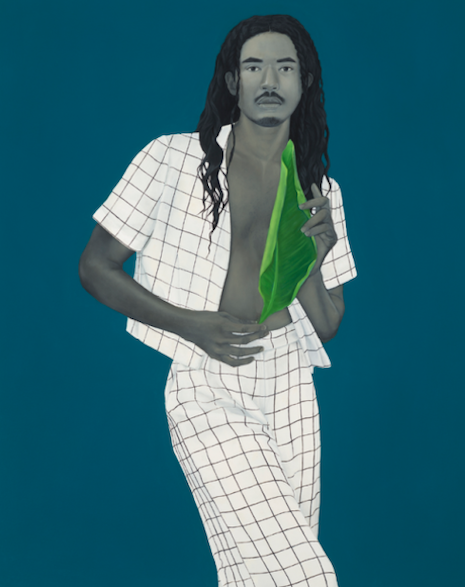 In the third episode, Ms. Siegel talks to Performance Space’s Ms. Schlenzka, who previously worked as a curator at New York’s Museum of Modern Art, where she was responsible for launching the performance art department.

In the fourth episode, Ms. Siegel gets to know Brooklyn-based painter Dana Lok, whose work experiments with different viewpoints and examines the interplay between space and time. Her work has been shown in a number of exhibitions including the Fisher Landau Center for Art and the Judith Charles Gallery.

Ms. Lok has also received a number of awards and scholarships such as the Andrew Fisher Fellowship from Columbia University.

An intersection of creativity
Luxury fashion houses and retailers have historically and seamlessly immersed themselves in the world of art, as the two sectors are founded on the same principles of design and creativity.

Italian fashion house Prada is aiming to develop innovative languages and projects in a continuous dialogue by sponsoring the “Damien Hirst Archaeology now” exhibit at Galleria Borghese in Rome.

Curated by Anna Coliva and Mario Codognato, the exhibit presents a group of paintings from Mr. Hirst’s 2016 series Color Space as well as more than 80 works from his Treasure from the Wreck of the Unbelievable series. The artist’s Hydra and Kali sculpture will be displayed outdoors in the Giardino Segreto of the Uccelliera (see story).

The exhibition focuses on the enduring relationships and inspiration between Louis Vuitton and a variety of celebrated Japanese artists and acclaimed personalities, from Kansai Yamamoto to Fragment’s Hiroshi Fijuwara. The exhibition plays out as 10 immersive spaces, bringing together special-order trunks, Gaston-Louis-designed window displays, Monogram bags reimagined by Karl Lagerfeld and Frank Gehry and original commissions by Arata Isozaki, Richard Prince and Zaha Hadid (see story).