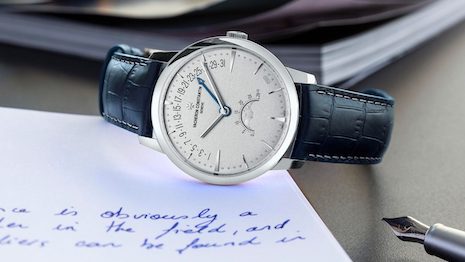 Auction house Phillips is examining the recent history of luxury watches through an in-depth film, coinciding with a recent sale.

Directed by Arthur Touchot, “A Moment in Time: Watchmaking at the Start of the 21st Century” focuses on the industry’s entry into mainstream culture by featuring interviews with watchmakers, brand historians, chief executives, collectors and retailers. The theme of the narrative is that makers of mechanical watches are preserving their importance by winning over collectors, who are eager to snap up the latest from Patek Philippe, Rolex and smaller artisanal brands.

“We can see that the pandemic has not lowered the interest in large brands such as Patek Philippe, Rolex or Cartier,” said Alex Ghotbi, head of watches for continental Europe and the Middle East and a director at Phillips. “We even see growing interest for artisanal watches that were until very recently, reserved to the cognoscenti.

Watch auctions booming
The film was meant to complement Phillips’s contemporary watch auction, held on Nov. 7 and Nov. 8, in a session entitled Retrospective: 2000-2020.

The film’s content complements the auction as its theme is the recent renaissance of the mechanical watch industry, as collectors started to gain more appreciation for the craft starting around 2000.

The film features interviews with a range of watch experts

“Around that time, more attention was given to the craft of fine watchmaking and the prestigious brands were being discovered by a new generation of people,” said Donnie Pacheco, a watch industry expert and the CEO of Donnie P. Consulting, Seattle. “Additionally, new brands entered the market and more people were taking up watchmaking.”

Names such as Jean-Claude Biver and François-Paul Journe certainly had a history relating to watchmaking prior to the year 2000, but what has been achieved by these people and their teams has more relevance in this millennium.

In the last 20 years, mechanical watchmaking has become more of an artisanal pursuit as watchmakers have pushed harder on precision and brought back the hand-finishing that makes watches unique.

Another change seen in recent years is the rise of the superbrands such as Rolex, Hublot and Audemars Piguet and the related aggregation of component suppliers, which distributed pieces to various businesses.

Some more prestigious names like Audemars Piguet have responded to disruptions in the supply chain and a lack of individuality by increasing its in-house production.

"We have great sensitivity towards the importance of keeping these small companies independent,” says Michael Friedman, head of complications at Audemars Piguet, in the film. “We too are a supplier. We too supply movements and components to other companies.”

Brands are also reviving the historical elements of past editions and refreshing them for a modern audience.

Collectors want to be part of all of the different stories and narratives of the various brands. 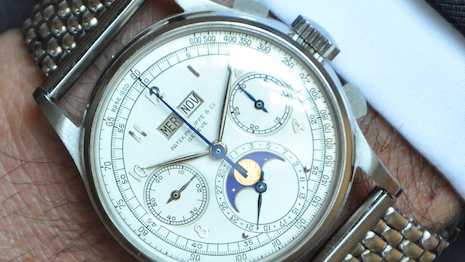 Young collectors are among the biggest enthusiasts at watch auctions. Image: Patek-Philippe

Ben Clymer, founder of Hodinkee, a luxury watch and lifestyle website, says he launched the site by taking photos with a Canon out of his own interest  for discovering more about watches.

The film panelists point out that Hodinkee, bloggers, social media and a number of magazines now serve as quasi-retailers given the level of publicity they provide to the industry.

Years ago, the people who showed up at the big houses’ watch auctions were 95 percent dealers and 5 percent collection, but now the reverse is true and collectors make up the majority of the audience. Collectors are also now much younger, with more folks in their twenties to mid-forties taking part.

“You know one of the things now is that people see watches as a beautiful piece of artwork that you can wear on your wrist,” says Jean-Claude Biver, former president of LVMH’s watch division.

Vintage is in vogue
One trend working in favor of auction houses is that sales of pre-owned watches are also coming into vogue, with a number of executives labeling them as the next "big thing." Twenty percent of consumers said they are likely to buy a pre-owned luxury watch in the next year, thanks in part to digital channels and the rise of online auctions (see story).

It is not only auction houses which stand to benefit.

Watchmakers are looking to capitalize on demand for pre-owned timepieces, with Watches of Switzerland Group USA being among the latest entrants to the field. Earlier this year, the retailer bought Analog Shift, a second-hand dealer, after a two-year partnership with the watch retailer’s SoHo flagship in New York.

This deal plants a stake in the ground for the London-based watch retailer in the largely unregulated pre-owned and vintage market that is gaining market share even as new models are slower to launch (see story).

While mechanical watches hold considerable appeal among collectors, a recent survey of the Swiss watch industry by Deloitte suggests that 62 percent of industry leaders believe that the Swiss missed an opportunity with smart watches.

If the audience coming to watch auctions is any guide, however, mechanical watches are set to weather the competition and maintain a grip on their market share.

“We see it even more with the new generations coming to auction, where the average age is constantly decreasing," he said.