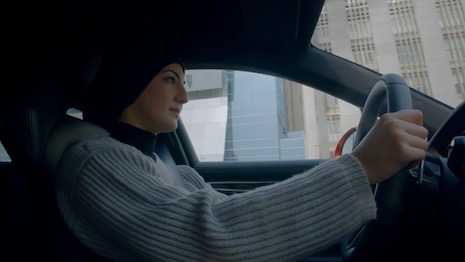 German automaker Porsche is broadcasting a feminist message in its latest campaign in partnership with a group of Middle Eastern women to support their determination to advance their careers.

The #DriveDefinesHer campaign casts a light on five women from the United Arab Emirates, Saudi Arabia and Kuwait who are either climbing the ladder at Porsche or achieving success in their respective fields. By broadcasting their hopes, Porsche is underlining its commitment to female leadership and looking to garner a new audience in the Middle East region.

Dubai office in focus
The series begins at Porsche’s regional office in Dubai, with the spotlight on Shurooq Zainal, Porsche’s new legal and compliance director for the Middle East and Africa region. 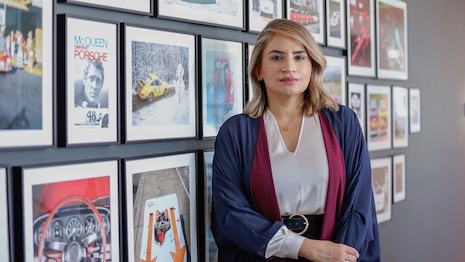 Ms. Zainal always wanted to make her own way in her career. Image credit: Porsche

Raised in Dubai, she is Porsche’s first female Emirati on the Director team.

Presented as a glamorous role model, she recounts her desires not to follow the traditional path laid out for Emirati women in the first video in the series. She is dressed elegantly and as she emerges from her home, she grabs her keys and climbs into a burnt orange Porsche for the campaign.

The first video in the series profiles a pair of senior Porsche executives.

“From an early age I knew exactly what I wanted,” Ms. Zainal says. “But I had to overcome many challenges by working hardest on the things I found difficult.”

Ms. Zainal shares the screen with the equally chic German-born Aileen Fahr, Porsche’s head of Africa, who switched to the male-dominated auto industry after a stint working in the emergency unit of a hospital.

The footage cuts to shots of the boardroom as well as Ms. Zainal and Ms. Fahr working diligently at desks in relatively barren offices.

“The key to empowerment is to see the value in yourself,” says Ms. Fahr. “It is a gift that, as women we should not hold on to, but pass on freely.” 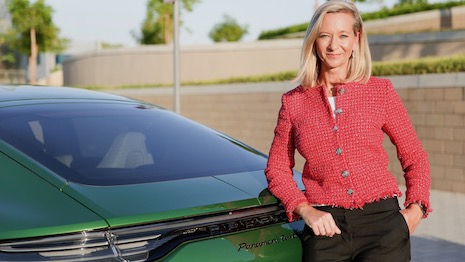 Porsche was Ms. Fahr's second act after a career at a hospital. Image credit: Porsche

Subsequent videos pivot to women who do not work at Porsche and include interviews with film director Nayla Al Khaja of the United Arab Emirates whose screenplay for the short Animal was accepted at the Cannes Film festival. 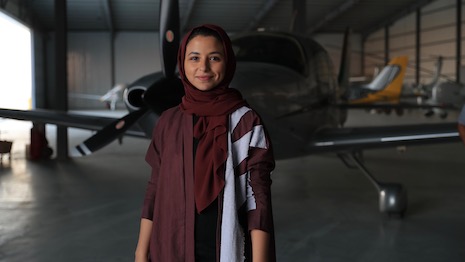 Ms. Al Dakheel is a forex trader as well as an adventurer. Image credit: Porsche

The women are unrelentingly positive in describing their feminist quests to achieve success in the shorts, each featuring a :orsche vehicle.

Each imparts a message of her own design, from Ms. Al Khaja’s need to create beautiful imagery to Ms. Al Dakheel’s love of adventure.

“A powerful woman to me is someone who embraces her fragility and her strength,” says Ms. Al Khaja, as she delivers her empowerment lecture in traditional clothes and with the desert behind her. “As a girl who really wanted to tell stories, it was very hard for me to get a break in the industry because of my gender.”

Ms. Al Khaja is motivated by a desire to tell stories in her films.

It was Ms. Al Dakheel’s obsession with financial independence that turned her into a forex trader, meanwhile. At just 28, the young Saudi has made significant ground as an author, guitar player, squash champion and jewelry designer as well.

The final video in the line-up features Kuwaiti architect Hend Almatrouk, who won the “Young Architect of the Year” trophy at the 2017 Middle East Architect Awards. Quietly confident on camera, she hopes “to inspire women everywhere to follow their dreams.”

“A woman is strong and persistent,” Ms. Almatrouk says. “The moment she sets her mind to something, she can succeed in any field.”

Middle East beckons
As its most recent campaign suggests, Porsche is intent on gaining traction in the Middle East by appealing to new customers.

Late last year, it kickstarted the roll-out of its all-electric Taycan in the region with a glitzy light show on the Burj Khalifa in Dubai.

The spindly tower which peers over the streets of Dubai is the tallest building in the world at 828 meters, or 2,718 feet, high. Porsche’s rental of it for the display symbolizes all of its aspirations for the first three Taycan models: the 4S, Turbo and Turbo S, to be sold across the Arab world and in Africa (see story).

The automaker has christened the car Taycan, which can be translated to “lively young horse.” In addition to referencing the equine figure in Porsche’s logo, the name intends to communicate the spirit of the car.

By 2025, Porsche expects half the cars it sells to have a plug, whether they are entirely battery powered or hybrids (see story).