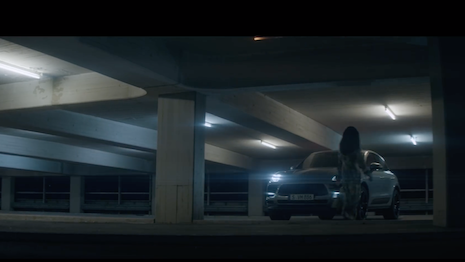 German automaker Porsche is turning to musical muses in an effort to draw younger affluents to its compact sport utility vehicle.

Disc jockeys Bakermat and Peggy Gou co-star in a new Macan campaign exploring, in their own words, how different identities find motivation and inspiration. Authenticity is increasingly an important trait for brands to reflect in their marketing to attract millennials.

"Porsche is speaking to the driver from a different perspective," said Lauren Fix, automotive expert, the Car Coach, Lancaster, NY. "Porsche is saying that their customers and their brand have a unique personality, something new and creative, and helping drivers speak in [their] own voice."

Driving DJs
Both DJs appear in their own short videos driving their own Macan SUVs. The vignettes also include their own voiceovers and musical tracks reflecting their artistic styles.

Scenes of both Bakermat and Ms. Gou enjoying their Macans are intercut with snippets of them doing their work as well as closeups of the vehicles. The emphasis on their dedication to their craft highlights that Porsche are meant for people who pursue their passions.

DJ Bakermat shares what makes his heart race with Porsche

The films share the same dark visual aesthetic with pops of neon lighting, reflecting the club scenes where both DJs work.

Porsche also developed a microsite for the campaign, which encourages users to answer questions about their musical taste to identify their "lifestyle type."

Automakers and music
Porsche is just one of several luxury automakers are increasingly turning to musicians to liven up their brands and reach new audiences.

Toyota Corp.'s Lexus is going cross country and partnering with customization shops to give its RC F Sport artistic updates.

Lexus visited five different custom shops to enhance its sport coupe, asking them to transform the blank canvas of a vehicle with a white exterior with the help of music collaborators. Each modification-musician pairing was featured in a short film shared on Lexus' IGTV, with teasers shared on Instagram, Twitter and Facebook (see story).

German automaker Mercedes-Benz collaborated with a Canadian nonprofit to create a new sound for the marque’s classic off-roader.

Mercedes-Benz Canada and the Toronto-based not-for-profit The Remix Project were inspired by the distinctive noises of the G-Class to create new musical tracks. During a 12-hour studio session, Mr. Musico captured 111 unique raw sounds made by the G-Class (see story).

"Music shows emotion and gives a special feeling to the listener and the driver, just like how Porsche impacts a driver with a special emotion about the vehicles," Ms. Fix said.