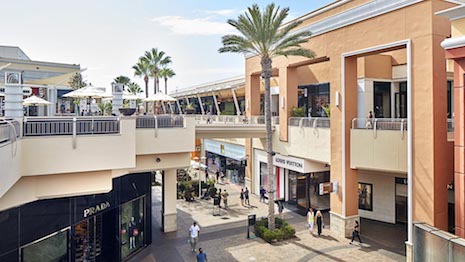 Sensory elements can enhance shoppers' experiences, or turn them away. Image credit: Simon

As luxury retailers look to enhance in-store experiences to increase foot traffic and ward off the specter of ecommerce, special sensory experiences are having a broader impact on shoppers than they did in the past.

Ninety percent of shoppers are more likely to return to a bricks-and-mortar location if they enjoy the atmosphere created by the music, visuals and scents, according to a new report from Mood Media. Per “The Impact of Sensory Marketing” report, 75 percent of respondents are apt to spend longer in a store with enjoyable sensorial elements.

"Sensorial elements matter a great deal in terms of customers' in-store brand perceptions and shopping behaviors,” said Scott Moore, global senior vice president of marketing and creative content at Mood Media, Austin, TX. “To get consumers off the sofa and into the physical store, brands increasingly have to deliver heightened experiences that go well beyond the display of inventory.

“We have to make physical stores more interesting and more engaging, and we have to create moods in-store that make clear, meaningful and highly-branded statements and connections,” he said.

The report from Mood Media is based on a survey of more than 10,000 consumers across 10 countries, including China, Spain, the United Kingdom and the United States.

Sensory touches
A majority of consumers, 78 percent, say an enjoyable in-store atmosphere is crucial when deciding to make purchases in-store or online.

Music in particular is an important consideration for retail environments.

Eighty-five percent of respondents reported music having a positive impact on their shopping experiences. More than half, 57 percent, also disengage with brands that play music too loudly or make other musical choices that do not fit in with perception of the retailer.

Generation Z consumers are especially receptive to in-store sensorial marketing elements, at a rate of 1.4 times more than the average of adults surveyed. Fifty-nine percent of Gen Zers have stayed in a physical place of business longer because they were enjoying the music.

One in five shoppers also say a nicely-scented store makes them more likely to want to make a purchase. Forty percent of fashion shoppers and 56 percent of cosmetics shoppers associated particular stores with certain pleasant scents.

Similarly to music, a poor choice in scent will cause shoppers to turn away. A third of shoppers have left a business due to unpleasant or overpowering scent, including 44 percent of U.S. consumers.

Globally, 43 percent of shoppers recall being influenced by digital content they viewed while in-store. However, seven in 10 Chinese shoppers remember specific products or promotions viewed on digital screens in fashion stores, beauty stores and grocery stores.

While retailers continue to leverage product reviews to motivate consumer spending, a growing number of shoppers are also turning to store reviews to evaluate bricks-and-mortar locations. According to a survey conducted by Uberall, 19 percent of respondents admitted to always checking platforms such as Google or Yelp for store reviews when deciding where to shop (see story).

Luxury bricks-and-mortar
High-end retailers and department stores continue to search for ways to bring their brands to life at physical locations.

For example, department store chain Saks Fifth Avenue is working with a well-known resort to bring a little bit of paradise to New Yorkers during the mid-winter slump.

The Atlantis resort in The Bahamas’ Paradise Island is collaborating with Saks Fifth Avenue for a special window display and in-store activations at its flagship location. Appealing to several senses, Saks is offering iconic gelato from the resort, cocktails from one of its mixologists and authentic music from the Bahamas (see story).

Similarly, when jeweler John Hardy opened its first U.S. flagship store in New York’s SoHo neighborhood, the store was conceptualized to use the five senses to recreate the brand’s Balinese workshop.

A custom playlist creates a soundscape inspired by the Indonesian island’s ambient noises, while lighting changes throughout the day to evoke the natural pattern of the sun. A custom botanical scent developed with niche perfumer Joya transports consumers to the Ubud workshop grounds as one-of-a-kind candles disperse the fragrance.

The store layout places jewelry collections in gallery-like displays on the walls, encouraging exploration of all edges of the boutique, much like the path a visitor would take to navigate Bali (see story).

“Luxury shoppers are of course buying far more than merely a product; they're buying the entire branded shopping experience,” Mood Media’s Mr. Moore said. “They want to see, hear, smell, touch and taste all elements of the brand from the moment they walk in the door.

“Luxury retailers internally must be able to answer the question of ‘What's your brand's mood?’ and must then bring that mood to life in store,” he said.