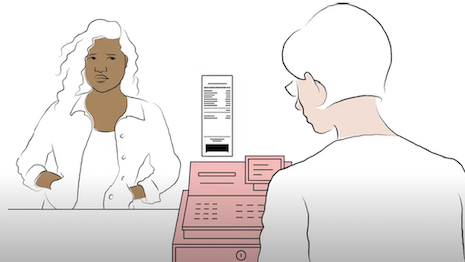 Racial bias is an unconscious or conscious way of thinking that influences how an individual acts and interacts with people from different racial or ethnic backgrounds. Image credit: Sephora

LVMH-owned cosmetics retailer Sephora has revealed its plan to mitigate racially biased experiences and unfair treatment of shoppers in the retail sector across all of its U.S. stores.

Racism, discrimination and other forms of racially-motivated unfair treatment are pervasive issues in the United States. Through its Racial Bias in Retail study, Sephora explores the disparate experiences in retail in regards to race and aims to identify actionable solutions to ignite meaningful, long-term change.

Racial bias in retail
The study addresses perspectives based on the theory that racial bias and unfair treatment exist at all phases of the shopping journey, even before a shopper walks into a store. The research identified five primary “truths” that define retail shoppers’ experiences with racial bias.

The first “truth” in the study suggests that limited diversity across marketing, merchandise and retail employees results in exclusionary treatment before shoppers enter a store. This continues across consumers’ in-store journeys.

Nearly 74 percent of retail shoppers felt that marketing fails to showcase a diverse range of skin tones, body types and hair textures, while 65 percent thought stores fail to deliver an equally-distributed collection of products catering to different tastes and preferences. 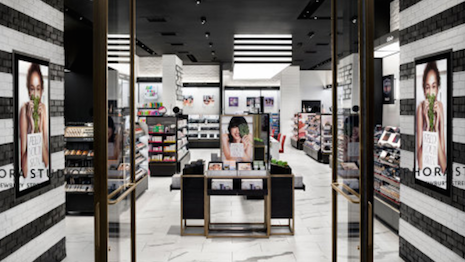 Thirty-three percent of retail employees have contemplated quitting when they experienced racial bias and unfair treatment, according to the study. Image credit: Sephora

BIPOC, or Black, Indigenous and people of color, shoppers in the U.S. feel that in-store interactions are driven by skin color, appearance and ethnicity, while employees reference behavior as the foundation of their interactions, according to the second “truth.” The study found that BIPOC customers are three times more likely to feel judged by their skin color and ethnicity than white customers.

There is a significant discrepancy in how shoppers and employees interpret interactions, as 60 percent of employees cite behavior, not physical attributes, when determining how to approach a customer.

The third “truth” identifies different coping mechanisms BIPOC shoppers use to minimize or avoid anticipated biased experiences when in-store. Some of these mechanisms include, but are not limited to: shopping online to avoid the interaction altogether; dressing nicely; avoiding sampling; making a “shopping plan” to ensure efficiency; adjusting body language.

The fourth “truth” suggests the majority of BIPOC retail shoppers do not voice concerns about negative experiences directly to retailers.

When shoppers experience bias, most avoid conflict and stress in the moment. According to the study, that 30 percent of shoppers reacted actively to unfair treatment, but less than 15 percent raising the issue with a manager or store supervisor.

The fifth “truth” explores the need for meaningful and long-term action from retailers.

While retail shoppers appreciate retailers’ stances in prioritizing issues related to addressing and preventing racial bias and unfair treatment in their stores, they seek concrete action. Nearly half of shoppers say they only want to see diversity in marketing if it is met with a genuine commitment to service diverse shoppers.

The Racial Bias in Retail Study Commissioned by Sephora

Nearly 60 percent of retail employees seek training on how to better service a diverse set of shopper needs. Three in five employees who received Diversity and Inclusion or Unconscious Bias Trainings believed such formal training was helpful in reducing unfair treatment in their stores.

This report was the latest in a series of actions announced by Sephora to underscore its commitment to diversity, equity and inclusion. Sephora plans to further its commitment by increasing diversity in its product offerings, creating more inclusive marketing programming and instituting greater accountability through updated employee conduct policies.

Beauty champions inclusivity
The beauty retail industry has the power to ignite change by empowering people to produce and consume with positive social impact. In the same respect, brands have a responsibility to expand product offerings and talent to include BIPOC.

In 2017, singer and entrepreneur Rihanna launched her cosmetics and skincare brand Fenty, which started as a brand focused on developing products for all skin types, famously offering more than 50 shades of foundation — something that, until this point, was unheard of in the beauty industry (see story).

Some brands seem to be following suit, as Gucci recently expanded its cosmetics offerings with the launch of liquid foundations and primers. With an emphasis on inclusivity, the foundations are available in 40 shades (see story).

Sephora hopes that other retailers across the industry will use the findings and opportunities presented in this study to inform meaningful actions, based on how bias uniquely shows up in their retail settings.