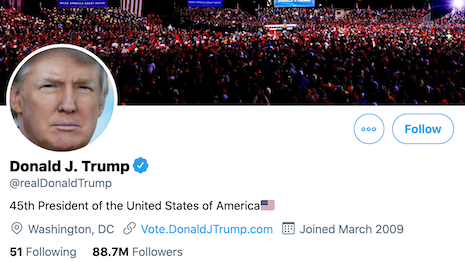 Social media platforms including Facebook and Twitter have taken action against President Donald Trump after he praised his supporters following an attack on the U.S. Capitol Building while lawmakers were attempting to certify the results of the 2020 presidential election.