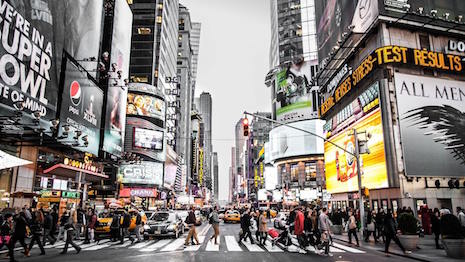 With the Dow Jones Industrial Average ending 2018 seeing the first weekly gains since the end of November, luxury investors should brace for more stock market turbulence in the year ahead.

A variety of factors, including rising interest rates, a government shutdown and the U.S.-China trade war, have adversely impact impacted Wall Street this December. As a whole, the stock market story of 2018 has been one of fluctuations throughout the year.

"Many ultra-high-net-worth individuals are in the market for the long haul, so [this volatility] doesn’t impact them to the extent that they want to exit the market altogether when selling occurs like we saw from October to December of 2018," said Melissa Armo, owner and CEO at The Stock Swosh, LLC, New York. "If most UHNWI have the larger picture in mind and stay focused, they will lessen the impact on their portfolio.

"I believe that even the gains we lost from the previous market highs will come back in due time," she said. "Everyone has to look at their time horizon, even UHNWI."

Rise and fall
Global stock markets began taking a tumble back in February, with volatile trading threatening to eat away at the net worth and investment assets of affluent individuals.

At the time, data from UBS found that despite the turbulence that has seen stocks rise and fall rapidly, 94 percent of investors were not changing their financial plans. Even though their optimism for the short-term economic outlook had fallen, the affluent were positive about the long-term future of the economy. 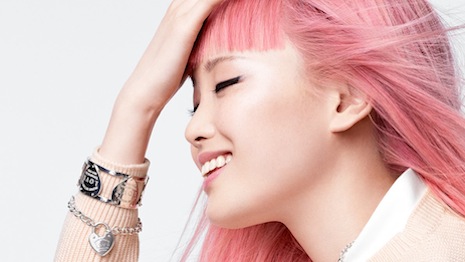 Since January, wealthy investors’ optimism for the economy in the short-term had dropped 14 points, with 58 saying they were positive for the performance in the next year. Additionally, as of February only 43 percent were confident in their returns for the next six months, compared to 74 percent who said the same the previous month (see story).

The Savigny Luxury Index, which tracks the stock prices of 19 publicly traded luxury companies, captured the up-and-down market trends throughout the year.

A 12.1 percent increase in April, marking the biggest month-over-month growth in three years (see story), was followed by a slower rate of growth of 4.4 percent in May (see story). Throughout the summer and fall, continued trade tensions between the U.S. and China contributed to the rise and fall luxury stocks.

In November, the most recent month available, the Savigny Luxury Index fell 11.3 percent – putting the average share price below where it started in January. With uncertainty surrounding China, the luxury business is in turn facing a slowdown in both sales growth and stock performance (see story). 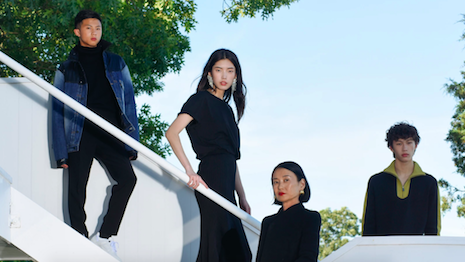 Even with the modest gains in the last week, the Dow Jones is on track for the worst December in decades. The turbulent month included the worst Christmas Eve in its history, which was tempered by the market's best-ever point gain the next business day.

"People have to get used to more market volatility," Ms. Armo said. "Wealthy people tend to withstand the market volatility and wild swings like we saw this year better than individuals who are not of high net worth."

Pressures on the market
Many of the issues impacting the stock market remain influx heading into 2019, especially with how these concerns effect luxury companies and affluent investors.

The ongoing trade feud between the United States and China is on hiatus, as the two countries have entered an agreement not to put additional tariffs on goods after Jan. 1.

President Donald Trump had threatened to raise the existing 10 percent tariffs on Chinese goods to 25 percent in the new year, but he has agreed to leave the taxes where they stand. The nations will undergo further discussions in an effort to solve the trade dispute before it escalates further (see story).

Regarding the luxury real estate market, it is too soon to know the full impact of the Federal Reserve raising interest rates four times in 2018, most recently this December.

Raising rates is usually seen as sign of confidence in a strong economy, though many – including President Trump – have argued that interest rates are increasing too quickly. There are also indications the Fed is planning at least two more rate hikes in 2019, further impacting affluents looking to purchase property.

Although the Fed itself does not set mortgage rates, its decisions do influence mortgage lenders. With the interest rate increase on Dec. 19, the central bank’s lending rate shifted to a range of 2.25 percent to 2.50 percent.

While the United States' luxury real estate market continues to perform well, the rate of growth has begun to slow (see story).