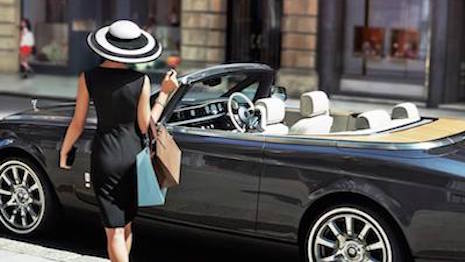 Wealth creation is on the rise and consumers are demanding more because of it. Image source Rolls-Royce

Since the 2008-2009 global financial crisis, the stock market has been on a steady incline, which in turn has given wealthy consumers the confidence to increase their spending.

As wealth continues to grow, luxury brands are beginning to learn that one of the best ways to engage with confident luxury consumers is through individualized, bespoke experiences. But the impressive performance of the United States stock market is only partly the cause of the booming luxury industry.

"In other words, for the UHNW whose wealth is mostly in privately held family owned businesses and illiquid investments, the stock market provides a psychological backdrop and is more of an emotional driver than directly linked," he said.

"But, the equity markets are directly linked to how those around them and those that are employed by their companies and businesses feel and can spend; that group is feeling better about the economy and their financial situation."

With national wealth creation on the rise, the luxury industry has been inundated with more consumers consuming more over the past eight or nine years.

Since the global financial crisis of 2008-2009, affluent consumers’ confidence has slowly risen back up to the point where many are more confidently consuming luxury goods.

This can be seen in the stock market, which has been on a steady climb. While U.S. President Donald Trump often claims to take credit for rising stock prices, this growth has been building since 2009 and has reached a critical mass now.

Growth is affecting the optics of luxury consumption, leaving the wealthy class more comfortable in their spending habits. 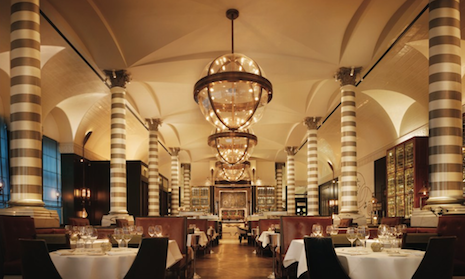 "In sum, the rise in the equity markets has propelled the actual wealth and feelings about their wealth of those that work for and are employed by the privately held businesses of the wealthiest families and individuals," Mr. Friedman said.

"This in turn has lessened the sensitivity and optics around luxury buying by the wealthy against the backdrop of the steady drumbeat of news stories about the yawning gap between the 'haves' and the 'have nots,'" he said.

By making luxury cnosumers more confident about their wealth and their spending habits, the market has created customers who demand a more sophisticated approach from brands and retailers.

Customers now expect a level of service and personalization beyond what they did before. This is in part a cultural evolution as well as a technological one.

As technology has allowed brands and marketers to develop more individualized relationships with consumers, those relationships become expected.

"More and more luxury brands are realizing that bespoke approaches are the only way to engage the very rich," Mr. Friedman said. "Furthermore, many luxury brands are brining more sophisticated data driven and CRM strategies to targeting the ultra wealthy leveraging best practices and event."

According to UBS and PricewaterhouseCoopers’ annual joint “Billionaires Report 2017: New Wealth Creators Gain Momentum,” there has been a return to growth for the billionaire community, with Asian billionaires outpacing those from the United States for the first time. In its findings, UBS and PwC examined wealth creation, but also the community contributions of the world’s billionaires, ranging from art patronage and sports team investments to how these individuals act as a workforce vehicle (see story).

The U.S. has been leading that growth with significant wealth generation and accumulation over the last few years.

This power has been felt around the world.

Th U.S. is the largest consumer of British luxury outside of the United Kingdom itself, which gives Made in the U.K. brands reason to play off its appeal among audiences across the pond. 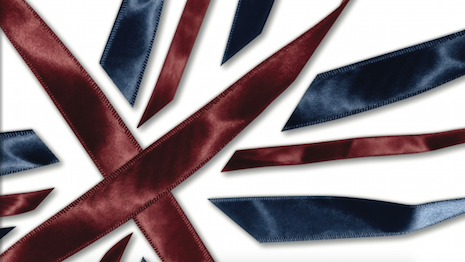 The US is the largest consumer of British luxury outside of the UK. Image credit: Walpole

British luxury consortium Walpole came to New York Oct. 26 for a multi-day investigation into what makes British luxury appealing to U.S. consumers and how brands can tailor themselves to better fit what those in the states want and need. The group has produced an insight report titled “Britishness and Brand Identity” that identifies some of the key pillars of British luxury and offers some data on British luxury performance in the U.S. (see story).

But despite this strong growth in the affluent luxury-consuming class, brands still need to be smart about the ways that they market to those customers.

"While many luxury brands are recovering their historical brand narratives in the push to develop brand equity, but unfortunately using a “spray and pray” approach, to the ultra-affluent," Mr. Friedman said.

"The luxury brands that combine understanding the unique aspects of their brand narratives and with the archetypes or data signals of their key clients," he said. "And therefore target those individuals with like archetypes, will be the ones that get the right message to the right prospects and accelerate relationship development."