Tesla is one of the most trusted automakers in terms of autonomous features. Image credit: Tesla

While the majority of new car buyers are familiar with autonomous driving features, more than a third would still opt for a standard vehicle over autonomous cars or models with automated features if given a choice.

According to new findings from Ipsos, drivers in the U.S. are especially hesitant about self-driving vehicles, with only 30 percent having a positive opinion on autonomous mode. Premium automakers including Tesla and BMW are among the most trusted to build safe and reliable self-driving vehicles in the near future.

“The study confirms new car buyers are simply not ready to hand over the driving responsibilities to their vehicle, even for a short amount of time,” said Todd Markusic, vice president of clinics and mobility labs at Ipsos. “A key and possibly overlooked revelation is that almost 70 percent of new car buyers simply enjoy driving.

“Consumers have spent a lot of money on their vehicle and want to drive it,” he said. “That is the feature.”

Ipsos’ third annual Global Mobility Navigator Syndicated Study is based on a survey of more than 20,000 new car buyers from 10 countries.

Driving ahead?
Globally, drivers in China and Japan are most familiar with autonomous features. Fifteen percent of all respondents report knowing a “fair amount” about autonomous mode, while only one in 10 U.S. drivers have used these features.

Although drivers are curious about these offerings, their main priority is safety for both drivers and pedestrians.

Accident avoidance technology was ranked as the most desired connected feature among respondents. When enabled, this automatically applies the brakes or steers a vehicle away from obstacles in an accident. 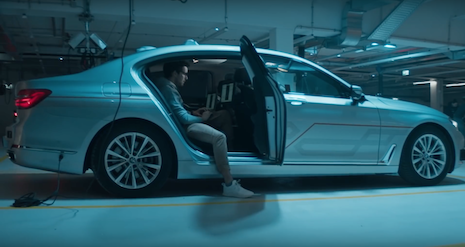 The more interested drivers are in particular connected features, the more likely they are to pay a premium for access, according to Ipsos.

Drivers are reluctant to trust vehicles in automated mode, with 44 percent expecting that they will keep an eye on the road while in self-driving cars.

Other concerns are the protection of vehicle data and hacks of self-driving systems.

While 36 percent of drivers worldwide would consider vehicles with self-driving features, just 12 percent would “definitely consider” these models.

Experience versus technology
Luxury automakers have continued investing in automated technology, despite findings that many consumers remain wary towards the very automated features manufacturers have been emphasizing.

According to a YouGov report on affluent auto purchasers, part of the YouGov Affluent Perspective 2019, 45 percent of affluents believe that vehicle technology has overwhelmed the driving experience. Drivers are often drawn to luxury vehicles because of their performance capabilities (see story).

Notably, some automakers are continuing to push pure driving experiences rather than technology.

German automaker Porsche is celebrating the power of the driving experience by encouraging fans to get in front of a steering wheel instead of a smartphone.

Through its “Gone Driving” digital series, Porsche reinforces the idea that driving a Porsche is an experience that cannot be replicated digitally. Gone Driving is a strategic sendup from Porsche on the in-vehicle technology that is increasingly common but potentially detracting from the classic in-car experience (see story).

Others are instead looking to dispel drivers’ misconceptions of automated features.

German automaker BMW turned to humor to show drivers that fears about automated vehicles are unfounded because of the brand’s commitment to safety. BMW is one of several premium automakers that have introduced more automated technology into their vehicles.

In a horror spoof, a ghostly figure gives herself a scare when she comes across an unoccupied BMW on an empty wooded road. After she runs away in fear, the car begins to drive itself again and it is revealed that the rear bumper reads, “Autonomous Driving Test Vehicle” (see story).

“Getting vehicle owners to actually experience how good these systems truly are would have a tremendous impact on changing consumer perception relative to autonomous [features],” Ipsos’ Mr. Markusic said.