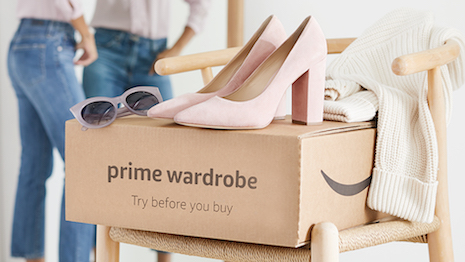 Ecommerce giant Amazon is hosting its largest annual promotional event, which can serve as an example to luxury retailers as they hope to make inroads with their online shopping strategies.

Starting on July 16 and taking place throughout a 36-hour window, Prime Day is expected to generate billions of dollars in sales for the online marketplace. This record-breaking shopping event also serves as an opportunity for legacy brands to capitalize on consumers' spending during this "Christmas in July" period.

"Luxury retailers can emulate some of the marketing principals of Prime Day and organize virtual events that engage their customers," said Ken Morris, principal at Boston Retail Partners, Boston. "Rather than deep discounts, luxury retailers can focus on limited availability of exclusive products for a specific time period or only available to premier loyalty members."

Summer sales
Last year, nearly half of the 100 largest non-Amazon online retailers in North America, including Macy's and Calvin Klein, offered limited sales to coincide with Prime Day, according to an Internet Retailer report.

Prime Day, which has deals reserved solely for Prime members, grew 60 percent year-over year in 2017. During last year’s 30-hour event, Amazon saw its greatest sales on a single day in its history, and also added the largest number of new Prime subscribers in a day (see story).

"Prime members, Amazon’s best customers, pay a premium for that designation and the superior customer experience that comes with it," said Phil Rubin, CEO of rDialogue, Atlanta, GA.  "Amazon is inherently loyal to its customers and it shows for Prime Day, but it also shows the other 364 days of the year, more so than nearly every major brand on our planet."

According to Bazaar Voice, 76 percent of Prime Day shoppers visit other major online stores to research product ratings and reviews before making a purchase on Amazon. Thirty-nine percent of those shoppers visit brand Web sites, a fact that luxury retailers need to keep in mind.

“While some luxury retailers have begun selling some of their merchandise on Amazon, most have limited their product assortment Amazon to avoid cannibalization of the brands’ sales,” Mr. Morris said.

“Keeping a good share of their product assortment exclusive to the retailer’s brand ecommerce site is the best approach to motivate customers to visit their site on a regular basis," he said. "It is also imperative to have a steady cadence of new items, promotions and events to keep customers engaged with the brand." 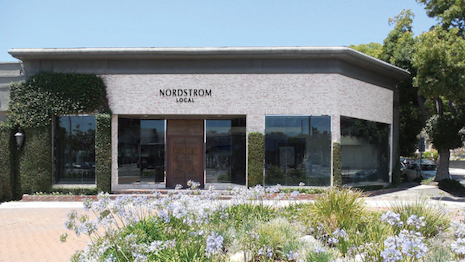 The consensus from experts is that luxury retailers should not shy away from occasional sales events.

"While luxury shoppers know that their favorite high-end brands will likely not offer steep discounts like Amazon and other general retailers, their attention is likely to be focused on event-driven or seasonal sales that allow them to take advantage of a good deal around these dates,” said Roland Gossage, CEO, GroupBy, Toronto.

Department store Nordstrom is one high-end retailer whose annual sales event precedes Amazon by decades. Dating back to the 1960s, the Anniversary Sale is the retailer's biggest shopping event of the year.

Every summer, the Anniversary Sale offers discounts on fall arrivals. Nordstrom sees the sale as an opportunity to engage shoppers across a variety of price points and styles (see story).

This year’s Anniversary Sale runs from July 20 to Aug. 5, with early access to Nordstrom cardholders beginning on July 12. By giving its most loyal customers extra benefits, the department store employs a similar model as Prime Day.

"Luxury retailers can learn from Amazon by offering loyalty programs that are structured specifically for their brand and are free and accessible in all touchpoints, especially via a mobile app," said Casey Gannon, vice president of marketing, Shopgate, Austin, TX. "These loyalty programs are picking up speed quickly in the mobile world, with 81% of shoppers indicating they feel compelled to shop more if a loyalty program is offered – making it a great way for luxury brands and retailers to increase retention rates and profits while creating immense value for the customer."

Amazon advancements
During Prime Day, Amazon's Prime-enrolled shoppers can find the best value on the retailer's own products, such as Echo and Kindle.

Powered by the voice assistant Alexa, Echo devices have become integral in Amazon’s strategy to attract more affluent consumers. With discounts on these technologies, more shoppers may add voice assistants to their homes on Prime Day, leading to a rise in use of voice search and ordering.

Personal care group Coty Inc. is predicting a shift in the luxury market and opening a door for beauty brands to enter the untapped potential of artificial intelligence and voice control.

Coty has partnered with Amazon in hopes to bring beauty tutorials into the future. Many experts believe that AI assistants such as Amazon’s Alexa will be vital going forward, which several luxury brands are anticipating (see story).

Prime Day also offers deals on private labels in categories including apparel. Recently, the retailer has been making a bigger push into fashion.

Amazon also continues to undercut the traditional bricks-and-mortar model with the introduction of a try-before-you-buy service, dubbed Prime Wardrobe. During an era where traditional department stores are facing declining sales and consumer disinterest, Amazon has only upped the ante on its fashion division’s happenings and service programs (see story).

While luxury brands may not be keen on offering deep discounts, they can borrow from Amazon's event-driven approach.

"Engaging events are perfect for luxury retail consumers that are passionate about the theater of shopping," BRP's Mr. Morris said.