Can the Dubai Watch Week model become a new normal for luxury fairs? 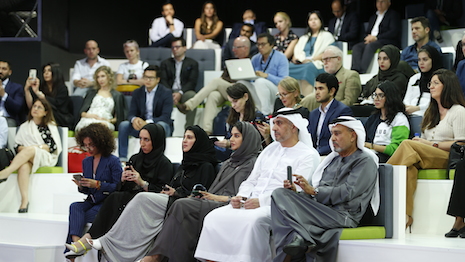 DUBAI, U.A.E. – The fourth edition of Dubai Watch Week was held at the Dubai International Financial Centre Nov. 20-24 this year, and delivered on its promise to provide watch enthusiasts, collectors, brands and members of the press something unlike anything they had experienced before.

Organized by a team of industry professionals under the leadership of Hind Abdul Hamied Seddiqi, director general of Dubai Watch Week, the event focuses largely on the community aspect of the watch world, while offering educational programs in the form of expert panels, watchmaking classes and auction information.

“We try to provide a considered, content-rich visitor experience that moves away from commercial encounters, focusing more on discovery and education,” she said. “And while we are fully committed to supporting the watch industry, it is the aspect of community that we keep at heart.” 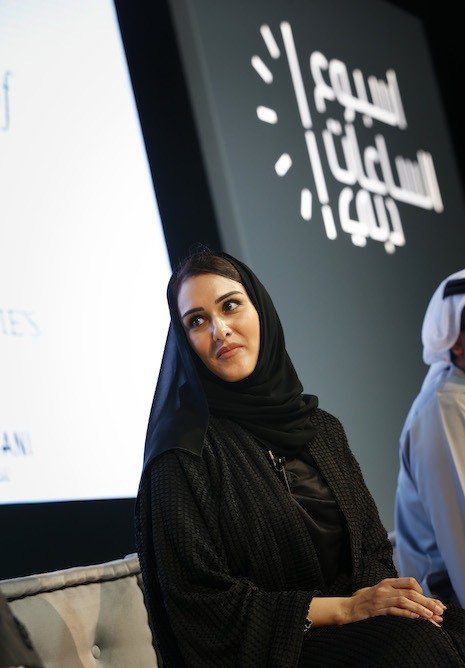 Young collectors, more women
With registration for the event being free of charge, and complete with an easily-downloadable mobile device application offering a layout of the grounds and a way to keep track of scheduled activities, Dubai Watch Week aimed to have a successful turnout at this edition, and having those in attendance feel welcomed and included, no matter their age, gender, or horological interest level.

Panels at the event’s Horology Forum featured a variety of speakers from all over the world.

With topics such as “Les Femmes Sauvages,” which discussed how women rise to power in largely male-dominated fields, it was clear that the presence of women at Dubai Watch week was valued and encouraged, signaling another shift in what was formerly considered to be the “watches are a men’s thing” industry norm.

But women were not the only standouts.

Gen Y – also known as millennials – watch collectors and enthusiasts made up a large percentage of Dubai Watch Week’s attendees.

The industry is seeing fewer boomers helming the brands and more Gen-Xers and millennials stepping into places of power. This was apparent when strolling through the “Brand Exhibition” hall in the center of the event, where one could get a true sense of the new, fresh faces of watch buying, designing, crafting and even selling. 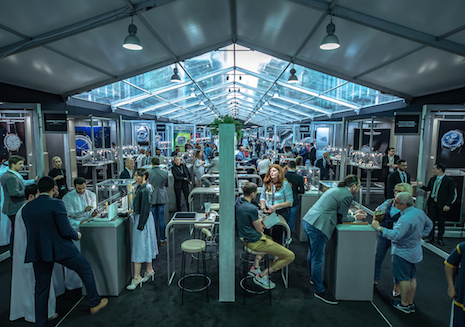 This year’s edition of Dubai Watch Week gave guests, exhibitors and members of the media the feeling that the event organizer has taken notice of the missteps made by some of the bigger trade fairs in the past.

The press center on premises offered journalists the use of several rooms with closed doors should they have required privacy to do an interview or just write an article.

In comparison, the press room at one of the more recognizable watch fairs is known to have too few seats, terrible Wi-Fi, and the occasional argument over a mediocre sandwich.

This year’s Cipriani pop-up space at the DIFC – a new addition to Dubai Watch Week – made lunchtime an event all its own, with three-course meals served daily by Italian- speaking white-jacketed waiters.

The Christie's pop-up, too, add a touch of class and knowledge to the event. 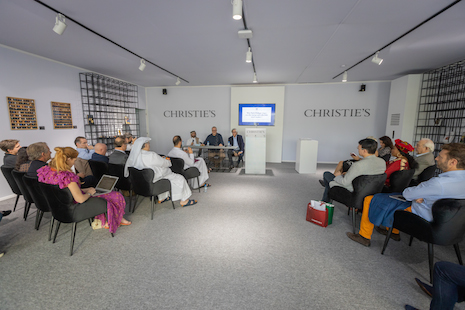 The aforementioned Brand Exhibition largely comprised equally sized exhibitor spaces for each of the showcasing vendors – no matter how well known – rather than multi-level, sports car-clad booths fronted by scantily dressed amazons in stilettos. 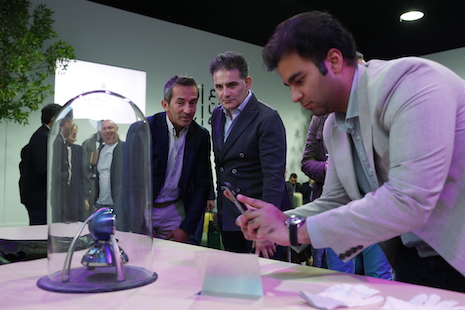 Renewed focus on content
But with all the comparisons that could be made between Dubai Watch Week and pretty much everything else, the one aspect where no comparison is even possible to the 2019 edition – and every edition prior – is its education program.

At the center of all that made this event unique was Dubai Watch Week’s Horology Forum: a large, well lit, air-conditioned pseudo-stadium where attendees bore witness to some of the watch world’s most iconic personalities as they debated and discussed the industry’s present and its future.

Panel topics included “Control Freak” – moderated by Hodinkee editor in chief Jack Forster – which brought to light the power some watch brands have, or try to have, over their retail partners.

Other sessions were titled “Six Ways From Certified and the Wisdom to Know Your Place” which focused on the vintage and pre-owned aspects of the watch business, and “Apocalypse II,” which discussed and compared today’s smartwatch market to the quartz watch crisis of the 1970s.

However, the speaker who most filled the room was the inimitable Jean-Claude Biver, who had flown in directly from Harvard in Cambridge, MA, for a sit-down discussion with Melika Yazdjerdi, Seddiqi Holding’s senior marketing and communication director. Mr. Biver is currently non-executive president of the LVMH watch division and chairman of Hublot and Zenith Watches. 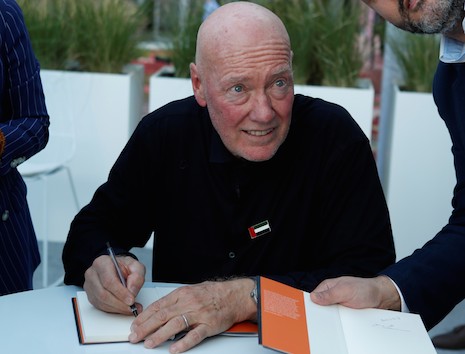 Mr. Biver spoke about how he first visited Dubai in 1979, how he was taught to work several extra hours every day so that he could get a leg-up on his competitors, why having doubt in life should be accepted and cultivated, and how now, at his age, it is time to give back. 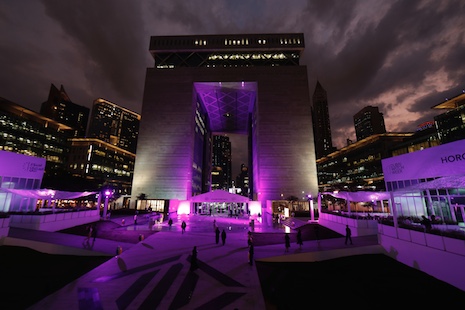 DUBAI WATCH WEEK and the event’s Horology Forum have set a new standard in the luxury watch sector, and mega-fairs such as Baselworld and others are very likely paying attention.

The organizers understand how relevant it is for watch enthusiasts to feel like they are part of a community, but even more importantly, they understand that unique experiences have been missing from this aspect of the luxury world.

Mr. Biver, in his talk, unknowingly gave the most critical piece of advice he could to those who refuse to up their game when it comes to events such as this: “If you don’t innovate, and if you repeat, one day, you will be out of business.”