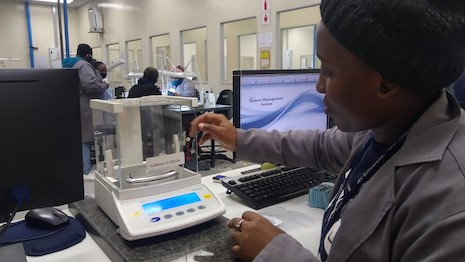 This partner article was produced in cooperation with the De Beers Group.

“Man never made any material as resilient as the human spirit.” – Sir Bernard Williams, FBA

This year will forever be described by historians as the year that the world hurt as a whole. Many families suffered immeasurable losses, and numerous businesses – both large and small – had no choice but to close their doors. Yet, despite every heartbreaking tale of loss and sadness, there have been occasional stories of hope, of perseverance, and of resilience.

In other words, the human spirit lives on and will continue to do so as long as there are creative minds and forward thinkers willing to push it in the proper direction. The De Beers Group is looking to do just that with the upcoming launch in January of its Ten/Ten Project.

“The inspiration for this [project] was driven by an idea: how could we support some of those who found themselves in a very tough position during the COVID-19 lockdown?” said Stephen Lussier, executive vice president of consumer markets at De Beers Group.

“Two groups of people came to mind, and those were the people of Botswana, whose economy is hugely dependent upon the revenue of diamonds, and also we were concerned about smaller designers who may not have the financial support to weather a storm like that of the months of the COVID-19 lockdown, when there was really no commercial activity,” he said. 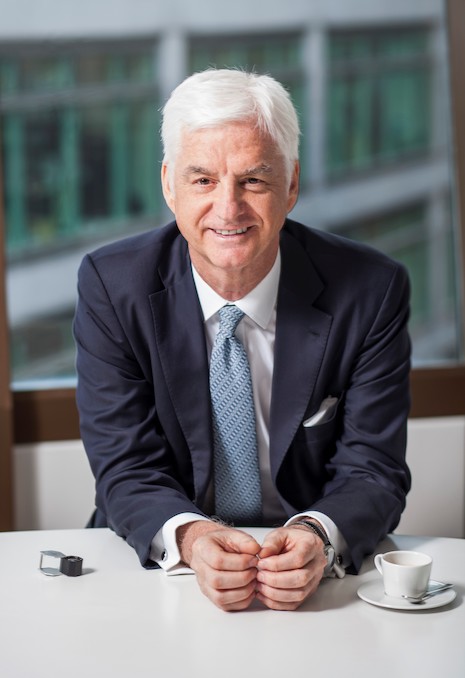 Mining talent
Pat Dambe, vice president of corporate affairs and government relations at De Beers, provided more insight into how Botswana and its four Debswana mines – which are 50 percent government owned and 50 percent owned by De Beers Group – are faring during the pandemic.

Ms. Dambe, during an interview when asked about Botswana’s reaction to the pandemic, said, “Where we are, in Botswana, safety comes first. We focus on the people. It is one of our values.

“There was a major focus on the mines because there is such high density there, so the mines were really scary,” she said. “People did not sleep in January, February, March or April. They watched the numbers and the testing, but fortunately, the government played a huge role in the response.”

But while the country has managed to control the pandemic for its own citizens, it is feeling the financial burden of a diminishing world economy, which includes less spending on luxury items such as loose diamonds or diamond jewelry, specifically among millennials. These areas are where those behind the Ten/Ten Project hope to make an impact.

Representatives from the De Beers Group reached out to who they refer to as “10 of the most innovative independent designers working today,” with the idea that those candidates would each create ten affordable commitment/engagement rings unique to their design philosophies, using modestly sized, ethically sourced natural diamonds mined in Botswana.

Those 100 commitment rings would then be available for purchase exclusively through BlueNile.com. 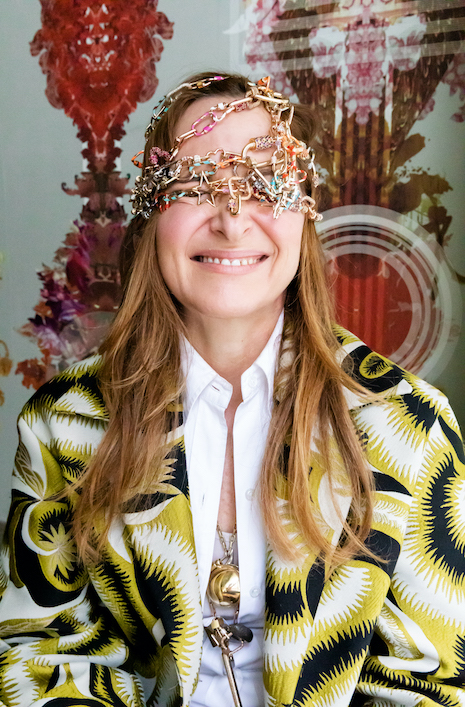 “When I received the call, I was so happy that I didn’t let them complete their sentence,” said New York-based Marla Aaron, one of the designers taking part in the Ten/Ten Project. “I said ‘Yes’ before they even pitched me the whole idea. I loved it. I’m a ‘yes’ person.”

Ms. Aaron launched her versatile jewelry line – which began with her signature “Locks” collection – back in 2013, and she is no stranger to using ethically sourced gemstones in her designs. This is the first time, however, that one of those designs was being created around a diamond.

“We always start with the idea first, then if it works, we add the gemstones later,” Ms. Aaron said.

“It isn’t common for me to start with a diamond or a gemstone, like many other designers will, and then draw the piece of jewelry around the gem,” she said. “It is the opposite for me, so this was an exciting experience which allowed me to get outside of my comfort zone.” 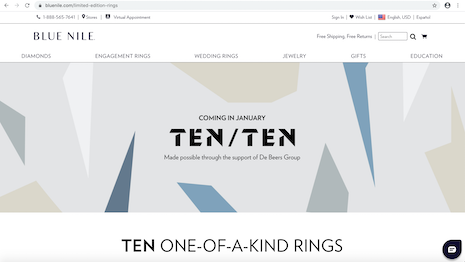 Staying engaged
The limited collection of 100 rings will be available for purchase in January, but starting on Dec. 4 of this year, visitors to the Blue Nile Web site will be able to learn more about the project, the designers involved, and from where the diamonds used in the pieces were mined.

“If we talk about responsible sourcing, and we think about millennials, then we have to talk about where the diamonds come from,” De Beers Group’s Ms. Dambe said.

“We have to do that, but we also have to do it in a way that is technology driven,” she said, “because innovation and technology are a way to create the credibility and responsibility of tracing those diamonds.”

Millennials have been dubbed the “Green Generation” for the last several years, and with good reason.

A 2015 global Nielsen poll found that three out of four respondents were willing to pay extra for sustainable offerings. But while millennials are happy to dish out more money for items or food produced by brands which they feel have gone the ethical route, they are not as keen as prior generations on spending two-months’ salary on engagement rings.

“That is one of the reasons we picked the size diamonds we did for this project” De Beers Group’s Mr. Lussier said.

“The diamonds selected for Ten/Ten were sizes that are not your usual 1.00 carat or 2.00 carat larger stones,” he said. “The advantage of this decision is that it allows for creativity within the design without making the price point unaffordable. The purpose of using diamonds in these sizes was to reach a different customer.”

Ms. Dambe believes that there will still be demand for a variety of engagement-quality diamond sizes in the future, but that right now, there are reasons for the younger generations being drawn to smaller-carat weights.

“Millennials are saying at the moment that they want a smaller-sized stone, because right now, the idea is to be less materialistic and more authentic,” Ms. Dambe said. 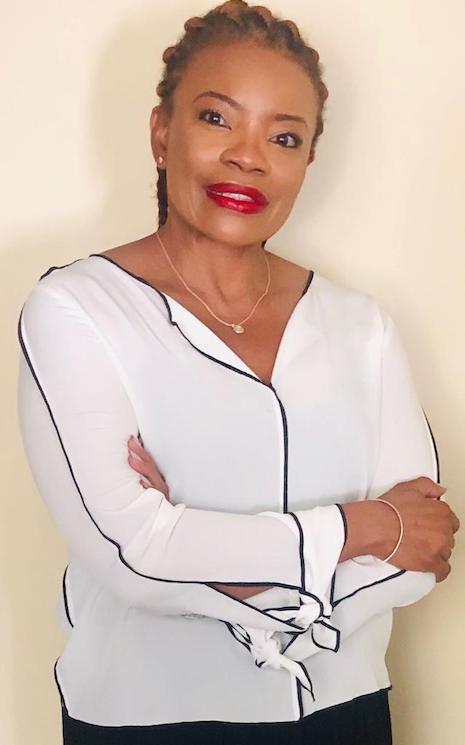 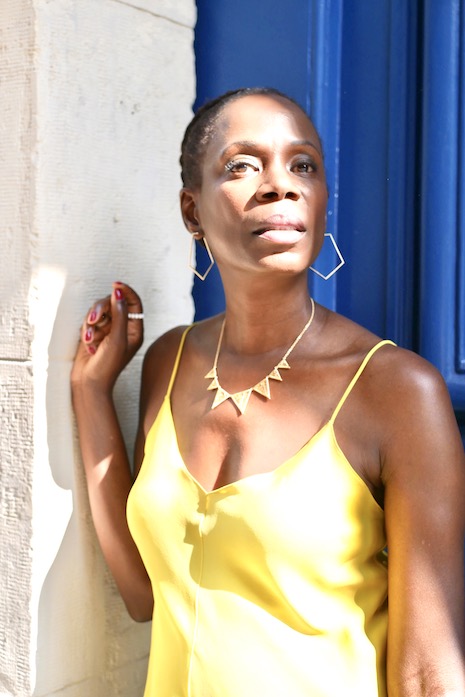 When asked what it meant to be part of a project which included diamonds mined in her native continent, Ms. Fenhirst said, “I am of Nigerian descent, and I am passionate about the continent. The connection with Botswana means everything to me! It’s the reason I embraced this project so eagerly.

“I am inspired by the economic empowerment and self-determination that Botswana has benefited from as a result of its 50 years of partnership with De Beers,” she said.

“I also see the Ten/Ten Project as an opportunity to showcase what Africa brings to the table in terms of luxury and design.

“When one thinks of diamonds and fine jewelry, one’s mind goes to imperial Russia, Italy or Place Vendôme in the heart of Paris, rather than Africa. I’d like to play a small part in changing that perception, by shining a light on the beauty of Africa’s resources, from its diamonds and abundant raw materials to its design talent and human capital.”

ASIDE FROM KNOWING that the diamonds in their Ten/Ten ring were mined responsibly, which in and of itself will likely give the consumer a warm and fuzzy feeling, there is also the knowledge that their purchase helped a smaller, independent jewelry designer stay afloat in the age of COVID-19.

In return, each designer involved in this project gets to give a piece of themselves to those wearing the rings in the hope that their creativity sparks a unique emotion.

“The emotion I hope to evoke in those who both purchase and receive one of these rings is a sense of surprise,” Ms. Aaron said. “But a good surprise. One by which they feel connected to one another in a different way.”

Ms. Fenhirst’s answer was simple yet fitting, when asked if, in one word, she could describe the feeling she would most like to evoke in those who see her Ten/Ten designs, particularly in a world that has witnessed so much pain and division this year.

This partner article was produced in cooperation with the De Beers Group. 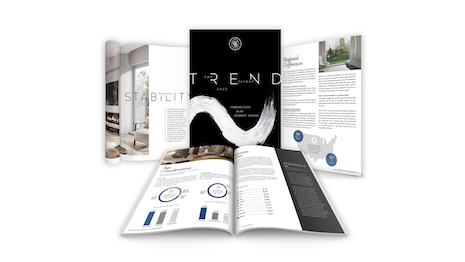