The videos are short and show actors auditioning in front of a neon green screen in outlandish alien costumes. The campaign promotes the house’s upcoming fall/winter 2017 effort.

"Advertising campaigns are about attracting, holding, and focusing attention,"said Rebecca Miller, founder and CEO of Miller & Company, New York. "But when humor is introduced, it can be a double-edged sword. Funny and clever ads historically attract attention.

"Stepping outside of this quantifiable position may be considered bold or risky for a brand."

Science fiction
Apparently in promotion of Gucci’s fall/winter 2017 campaign, the brand has begun posting strange short videos to Instagram of models dressed as aliens and robots.

The videos are short and oddly cryptic. Each one sees a model in front of a green screen as a producer claps a slate in front of them.

Each model then acts out a short scene in character along with an unseen producer, who reads the other part of the conversations. 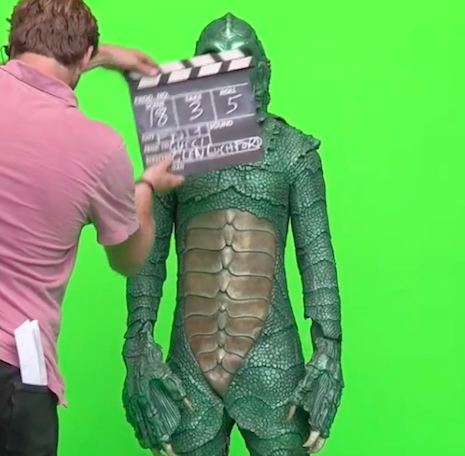 The conversations are bizarre and filled with the kind of sci-fi techno babble that often accompanies low-budget B movies.

Aside from the lo-fi production value, the costumes are striking, even as they crib from the sort of slapdash production design of '50s science fiction.

There does not seem to be an overarching narrative to the characters and the scenes they enact, focusing more on hitting the recognizable beats of science fiction. The designs range from aliens to robots, one of whom is actually a robot and not a person in a costume, and even include a direct copy of "The Creature from the Black Lagoon."

The videos began being posted on April 20 and may be leading up to a larger campaign, but for now all that stands are these outlandish, but fascinating, audition clips.

"The first challenge for advertiser’s, is: How do I attract more attention to my brand?" Ms. Miller said. "The second, and more important challenge isn't simply to attract attention but to hold attention and focus it.

"If an ad is successful in evoking a response that will last longer than a few seconds, it must cause a positive feeling, which relates to the brand in order to be ingrained in people's memories."

Gucci is no stranger to social marketing campaigns that stray outside of the typical bounds of luxury marketing.

Recently, Gucci commissioned a line of its own memes, aligning its high fashion brand with common thoughts that consumers of all types can relate to. Gucci’s #TFWGucci campaign, which stands for “that feeling when…,” is a collection of images that feature Gucci products and imagery with text that will encourage users to share (see story).

Another brand that has taken a more eccentric approach to luxury marketing is Stella McCartney with its Clevercare video series.

The designs are eclectic and strange

The "Clevercare" video series celebrated Earth Day April 22 with tips for how to maintain Stella McCartney clothes and ways to minimize a consumer's carbon footprint. The six-part series takes an unconventional approach for most luxury brands by making the films highly comedic in nature (see story).

Gucci’s campaign, curious as it is, is evocative and stands out from typical high-fashion marketing. It taps into a wealth of imagery almost never aligned with luxury: the golden age of cheap '50s science fiction movies.

"The risk of positioning an ad campaign with a surrealistic humorous bent, such as the new Gucci campaign, may find their current clientele and desired target audience consider it off brand and or too bizarre to waste time trying to figure out the message or how to relate," Ms. Miller said. "Any strategy, if not well thought out against the DNA of a brand, may suffer if the subsequent intent is not executed well.

"Taking a stand of being different simply to be different may be a slippery slope. Viewers may be so distracted by the obscure that they remember neither the brand nor its intended message." 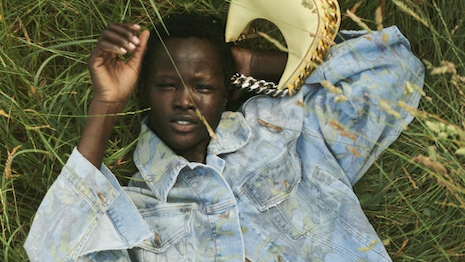 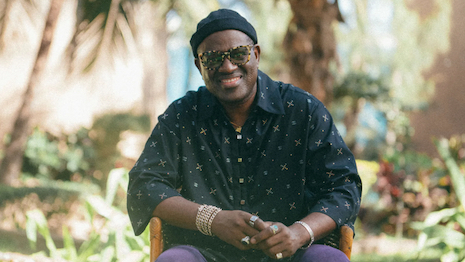 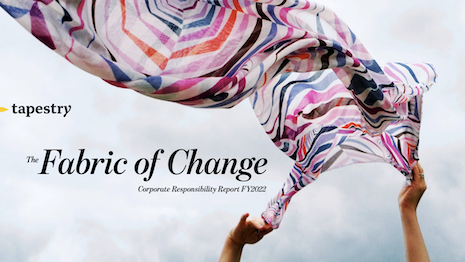