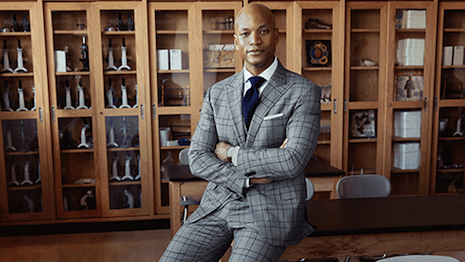 Menswear label Hickey Freeman is showing its support for U.S. veterans through a campaign that spotlights former members of the armed forces who continue to strive.

“Purpose Never Ends” shares the stories of veterans who are giving back to other Americans, responding to their call of duty following their time in the service and thriving in new careers. By giving back to the military, Hickey Freeman can not only show solidarity with troops, but also reinforce its heritage.

"Last year, we donated several hundred stock garments to the local Veteran's Outreach Center in Rochester and the response internally and externally inspired us to create a more formal program," said Negi Darsses, vice president of marketing at Hickey Freeman, New York. "We learned more about returning veterans and the powerful leadership they often display in the work force.

"Hickey Freeman has invested in America by manufacturing in America for 118 years ­ hiring and training in Rochester, New York the whole time," she said. "It seemed like a natural extension of that core value to invest in returning Iraq and Afghanistan veterans and help unleash their formidable contributions to our corporations, communities and country. We feel it's a natural and authentic alignment."

Hickey Freeman, based in Rochester, NY, has extended its mission to give back to U.S. citizens through employment by sponsoring a number of initiatives for veterans. Along with offering paid internships to veterans returning from Iraq and Afghanistan through a fellowship program, the company has also ensured that vets are dressed for the job through donations of Heroes & Leaders suits. This year, the brand is also committed to donating suits to Veterans on Wall Street (VOWS) and the fall 2017 class of FourBlock.

VOWS provides veterans with mentorship and educational opportunities to help current and former military members gain roles in the financial industry. Similarly, FourBlock helps with career-readiness for high potential veterans through a curriculum developed in partnership with Columbia University.

Hickey Freeman’s fall 2017 campaign brings attention to its work with veterans by featuring men who have succeeded after coming home.

Former Marine Jake Wood, for instance, has translated the skills he learned while serving into co-founding a humanitarian organization that helps communities cope with and rebuild after disasters. At the time of the campaign launch, Team Rubicon was headed to Texas to help the victims of Hurricane Harvey. 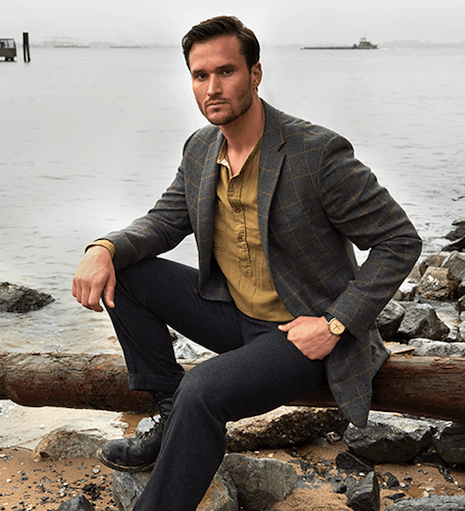 Army veteran Wes Moore went from struggling to figure out what to do with his life to succeeding in the armed forces. He is now the CEO of anti-poverty organization Robin Hood.

Joe Cardona, who plays for the New England Patriots, is one of just two NFL players who is actively in the armed forces. The Navy reservist grew up in a military household, where he dreamed of serving.

Hickey Freeman’s campaign also features one of its own. Jacob Sipple grew up in Rochester before enlisting in the Marines after college. When he came back to his hometown, he applied and was hired by the brand as a special project supervisor.

These military members are featured on a dedicated page of Hickey Freeman's Web site with text and video profiles.

"The many shared values companies we've met and partnered with in this process -- banks, insurance and real estate firms for example -- have helped amplify the message of the campaign and our brand," Hickey Freeman's Ms. Darsses said. "The program has also resonated strongly with our retail partners.

"We will activate the campaign with many of them at point of sale this fall," she said.

The initiative builds upon the brand's sponsorship of the Invictus Games, a summit for injured veterans to compete in various physical events. Jaguar Land Rover strives to create a somewhat symbiotic relationship with its home country, supplying jobs and other resources in exchange for reputation and heritage (see story).

German automaker Mercedes-Benz is filling the need for technicians at its dealerships through a newly established apprenticeship program in the United States.

In a 16-week program, dubbed Mercedes Benz Drive, apprentices will learn skills needed to work on the brand’s models, with additional coursework in career development. Mercedes-Benz claims to be the first luxury automotive brand to create a registered apprenticeship program in the U.S., with it initiative approved by the U.S. Department of Labor and the Department of Veterans Affairs, which may help it get ahead of its competitors in locating and training talent (see story).

"The campaign reinforces Hickey Freeman’s DNA, while underscoring their own heritage and commitment to community," said Chris Ramey, president of Affluent Insights, Miami, FL. "It elevates veterans as leaders whom their best prospects can therefore relate. They’ve chosen gentlemen closely aligned with success beyond service to our country."

"Hickey Freeman has intelligently conceived this campaign to engage clients beyond the beginning buzz," he said. "Veterans without victimization will resonate with successful best prospects, and the depth and commitment of the campaign should provide the legs necessary to reinforce Hickey Freeman’s brand values for as long as they desire to run with it.

"Balancing ‘leaders’ with ‘heroes’ is a fragile balancing act that is brilliantly imbued with brand DNA. Unlike most brands that promote veterans, Hickey Freeman deftly communicates that each gentleman’s service contributes to their success, but doesn’t define their success." 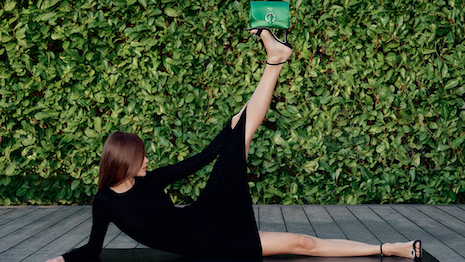 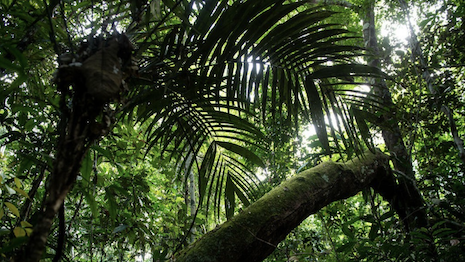 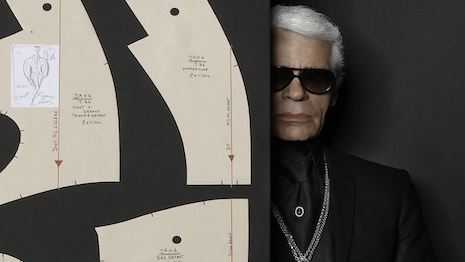 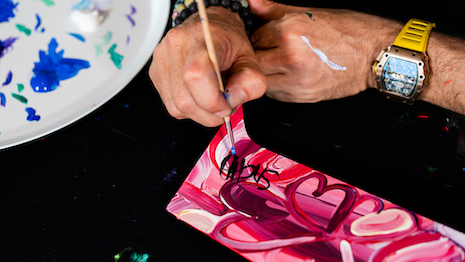 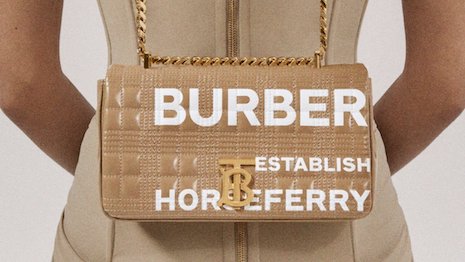