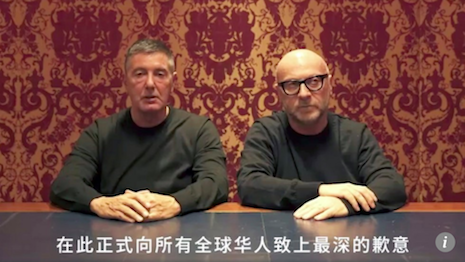 Stefano Gabbana and Domenico Dolce apologizing for their views on China after a backlash over a video campaign and the response to the resulting backlash. Image credit: South China Morning Post

Social media has an amplifier effect on many aspects of today’s life. Marketing is one of them.

While social media has increased the power of influencers, sponsored posts and online self-promotion, marketing strategies are equally exposed to criticism and reproach.

Social media can set a trend real fast using the power of video advertising going viral. A product hence can really and easily boost its sales.

However, the flip side of this power can work in reverse as well.

A recent global fashion industry disaster unfolded with Dolce&Gabbana’s shocking misstep in China when a culturally inappropriate video campaign embroiled the top fashion house in a controversy that has led to increased anti-international brand sentiment in the country. The ensuing effect on Dolce&Gabbana’s top line worldwide has been widely reported.

In today’s market, the stakes are much higher, and luxury brands often rely on more innovative campaigns to stand out among their competitive scenario. This often leads to a courtship of controversy and fame at the same time. When something goes wrong, a massive counterblast is immediate and ruthless, and spreads globally within no time.

After this highly publicized blunder of Dolce&Gabbana, there has been a lot of discussion about the way brands need to appreciate other cultures to avoid similar mistakes. But what is getting lost in this debacle is, first and foremost, that how can other brands learn from the mistakes made by Dolce&Gabbana.

Let us try to analyze what really happened. More importantly, what do brands need to do to avoid repeating Dolce&Gabbana’s mistake?

How over-enthusiasm, complete lack of cultural sensitivities and then the unemotional apology led to the harsh backlash of D&G within hours

It started in mid-November with an online advertising campaign on the Weibo platform developed for the Chinese market to support the brand in China.

The advertisement showed how a Chinese model, wrapped in an elegant and sophisticated Dolce&Gabbana gown, was trying to eat two typical Italian dishes, pizza and spaghetti with a pair of chopsticks, ultimately failing and embarrassing herself. 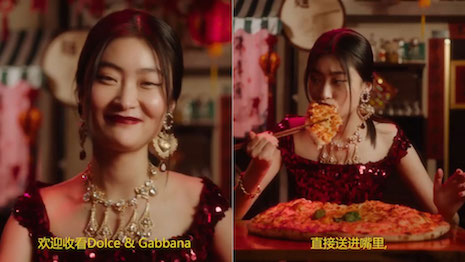 The whole thing was tagged with the hashtag #DGLovesChina. The campaign was intended to arouse curiosity for a fashion show that the brand was planning in Shanghai, probably the biggest one ever organized by the brand, with more than 1,000 guests, 360 models and 120 artists between dancers and actors participating in the event at the Expo Center, a location of 18,000 square meters. And now, after the crash of the campaign within hours, it had to be cancelled.

The resentment was such that Weibo, the biggest Chinese social media, decided to take down the videos. But this was not the end. And as if Dolce&Gabbana did not have enough problems with it, there were also some condescending comments on Chinese and China on Instagram - under the name of Domenico Dolce, one of the founders of the brand.

Also, the Instagram account DietPrada, a known page in the fashion business that exposes false copies of luxury items published the screenshot of a private conversation between Stefano Gabbana and Michaela Tranova, a British associate of the page, in which the designer said that “China is a shitty country” and an “ignorant, dirty and smelly place," while insulting Weibo for not understanding something that was meant to be funny.

As a result, boycott campaigns against the brand have kicked off across China with people posting and holding up “Not Me” signs outside of Dolce&Gabbana locations, sarcastically mirroring Stefano Gabbana’s Instagram post.

The company immediately made it clear that the comments were not from Stefano Gabbana and the account had been hacked. In addition, they apologized in the media. Too late.

Since then, the events have come to a head. Some of the key Chinese brand ambassadors have canceled their contracts, and virtually all local Chinese online retailers have dropped out of Dolce&Gabbana, including Alibaba's T-mall and JD.com. The brand crashed within hours.

The late attempt to beg for forgiveness through a video message, seems unprofessional, devoid of any empathy or emotion. Everything seems forced, nothing authentic is there in the video.

This is sad to see how traditionally many brands still think and how little digital technology is used these days, where even small children are also tech-savvy.

For instance, market campaigns are often operated with outdated methods, focus target groups and limited to a few markets. Many managers do not know what consumers in different countries or segment think about the brand.

In addition, many decision makers of the brand's campaign are experts in their own country and culture, but have little sense of other regions. Hardly anyone spends most of their time for understanding the target markets. They underestimate the cultural differences and make serious mistakes.

We live in an ever faster and more interconnected world. If you used the approach of taking 24 to 48 hours to react, a brand today can be destroyed within a few hours.

We live in a new reality that requires new thinking. This is a management task and cannot be delegated.

What can brands managers learn from the Dolce&Gabbana case and can they avoid social media conflicts in the future?

The truth of social media today is that once you have a brand presence, you cannot avoid negative reviews and comments. Some will be genuine, others not, but how you handle them is critical.

But even with social media managers on staff, such as in the D&G case, some brands still stumble badly when it comes to dealing with negativity. Ugly missteps can have a lasting impact on your brand, too.

Half-hearted steps are not enough

While most luxury brands recognize the value of social media in promoting their products and services, they do not always apply the same level of care when using social media in a supposedly personal capacity. So here are some measures that Brand Ambassadors should take in regards to social media:

When negative feedback is received, it is best to acknowledge their issues and concerns, and apologize for the failure on your part to have not met their expectations. It is also counter-intuitive, but it may also help to thank them for bringing it to your attention so that necessary actions can be taken to correct the future experience for others.

Respond quickly and address them like you would do in person. Sometimes you will not have a solution immediately and that is OK. Just be sure to set the expectation by letting them know you are working on a solution.

Understanding consumers and their cultural values is important

It is important to get a clear status about what consumers think about the brand: what associations are there? Not what customers thought weeks or months ago, but what they think today, and in the past few hours. It must be countered immediately in the direction of the desired brand positioning.

For this, the marketing strategy must be reconsidered with much more cultural sensitivity. Top management must take a clear stand and interact personally with all parties involved. Always make a new social media campaign by keeping the sensitivity of consumer's cultural values in mind.

Most negative comments towards a brand or product should be taken offline to prevent any further escalation. Luxury brand managers do not want others seeing a messy situation untangle on the Web for the entire world to see.

An appropriate solution in Dolce&Gabbana’s case would have been to email personally to the concerned community or going on Live Video to discuss the problem and come up with a solution.

Respond to the customer via comments on the company feed. Luxury brand managers should focus on giving them a point of contact to follow up with to resolve their issue. This will make it evident to the other users that the particular brand is dedicated to the customer experience.

This is also helpful in case of resolving customers' grievances in case of any bad marketing campaign.

For example, in case of D&G’s unsuccessful campaign, the situation would have been different if the brand would have directly done something to pay its respect towards Chinese customer's sentiments.

Be quick, calm and useful

Step one is to ensure that the statements raised by the target audience is legitimate, and not aimless provocation. Trolls are a nuisance that comes with having a social media presence.

Then, luxury brand managers should ensure that the brand responds the same day – Google Alerts helps with this – with a levelheaded and detailed solution to the customer's problem or concern rather than referral to a support page.

Also, brand managers should never ever return fire at any angry posts.

Finally, technology is the best friend but can turn out to be the worst foe if not tamed well.

LEARN – ADAPT – SENSITIZE. After all, technology is emotionless, but human beings and customers are extremely emotional and sensitive. It is a feeling, a perception and a thinking which can make or break your brand. 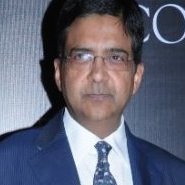 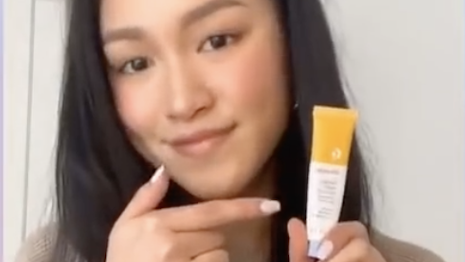 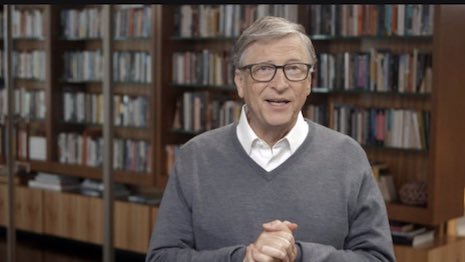 The new rules of driving aspiration for luxury brands 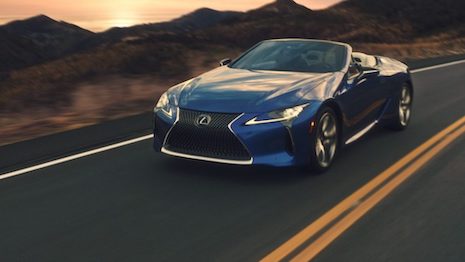 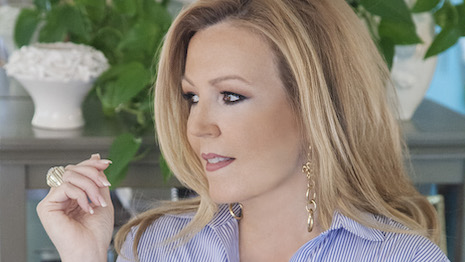 Why you should not put partnership marketing on hold 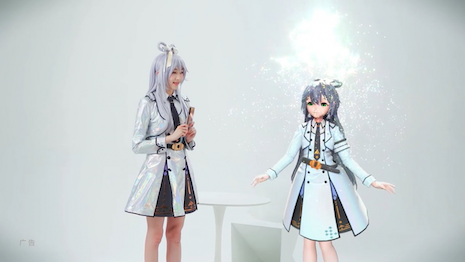 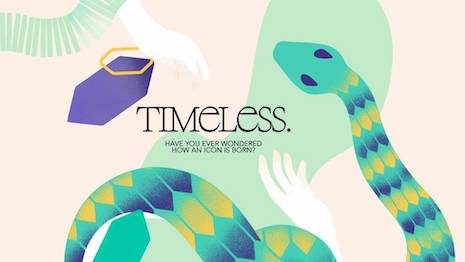 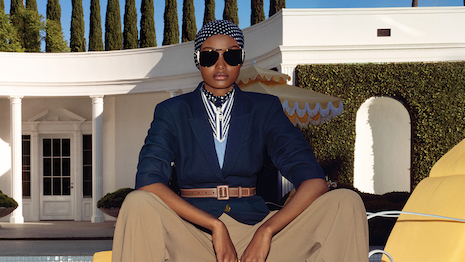 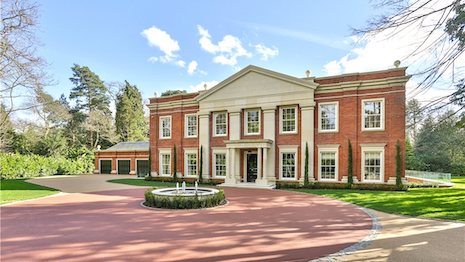 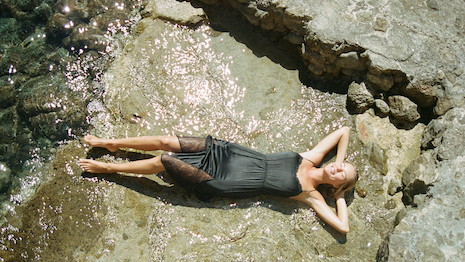 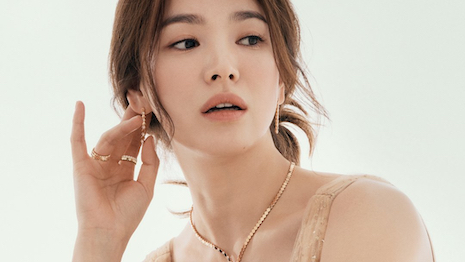