U.S. luxury retailer Neiman Marcus Group is debuting its NMG awards to recognize fashion luminaries and their contribution to the wider world.

Among those honored will be Italian designer Brunello Cucinelli, who will receive the Neiman Marcus Award for Distinguished Service in the Field of Fashion. This award recognizes Mr. Cucinelli’s craftsmanship as well as his commitment to humanistic values.

"The platform is an embodiment of our longstanding devotion to fashion and delighting luxury customers," said Geoffroy van Raemdonck, CEO of Neiman Marcus Group, in a statement to Luxury Daily. With these awards, NMG will bring the full strength of Neiman Marcus’ merchandising and brand marketing to deliver our honorees’ unique brand expression and creativity, connecting them to our luxury customer in an entirely new way."

Prized contribution
The NMG awards honor the company’s brand partners with similar values and are part of the company’s efforts to continue a style style of “retail-tainment,” providing customers with immersive experiences.

Since 1938, the Neiman Marcus Award for Distinguished Service in the Field of Fashion has been given to some of the industry’s most leaders such as Yves Saint Laurent, Coco Chanel and Christian Dior. Before resuming the award for 2023, the most recent recipient was designer Carolina Herrera in 2016.

Brunello Cucinelli has enjoyed a partnership with the Neiman Marcus Group for more than 20 years.

As part of the honor, Mr. Cucinelli designed the “Icon Collection” for Neiman Marcus, which, for the first time in their partnership, sees each piece labeled as “Exclusively Designed for Neiman Marcus.”

Available beginning in April, the collection includes ready-to-wear shoes and bags for both men and women.

Since founding his eponymous company in 1978, Mr. Cucinelli has been crafting clothing which, Neiman Marcus acknowledges, buyers collect like pieces of art.

Yet, as this award recognizes, his contributions go beyond art and design.

Mr. Cucinelli has long been a proponent of what he calls ‘humanistic capitalism,’ with a focus on fair profits and growth for workers.

The Brunello and Federica Cucinelli Foundation, named for the designer and his wife, supports Mr. Cucinelli's hometown of Solomeo, Italy, part of a greater support for the Italian crafting traditions that contribute to his professional expertise.

This support extends to protecting the town’s land and its monuments. He has funded several initiatives that look to preserve and restore Solomeo and its surroundings. In 2019, he committed to reducing his company’s greenhouse gas emissions by up to 70 percent.

Mr. Cucinelli's commitment to enhancing knowledge is evidenced by his School of Contemporary High Craftsmanship and Arts, located in Solomeo.

The awards celebration will be held in March during Paris Fashion Week. There, recipients of the new Neiman Marcus Award for Creative Impact in the Field of Fashion will also be honored.

"(After) more than two decades of partnership with Brunello Cucinelli, Neiman Marcus Group has come to value not only his masterful craftsmanship and design, but also the principles attributed to his brand," said Mr. van Raemdonck.

"Brunello’s enduring commitments to humanistic values made him the clear choice as the 2023 recipient of the Neiman Marcus Award for Distinguished Service in the Field of Fashion. He has made a profound impact on luxury fashion, and we believe will continue to do so as we look to our industry’s future." 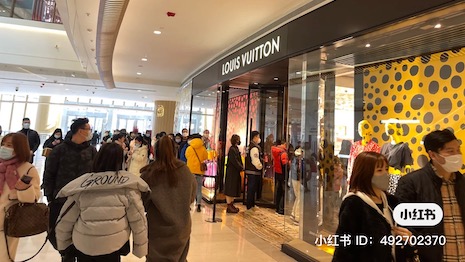 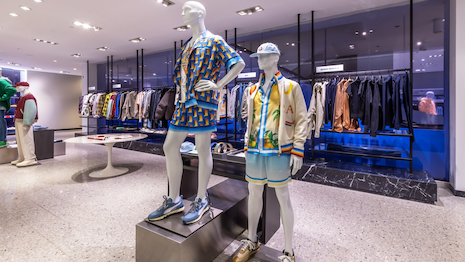