Shinola made bringing jobs and opportunity back to Detroit its mission 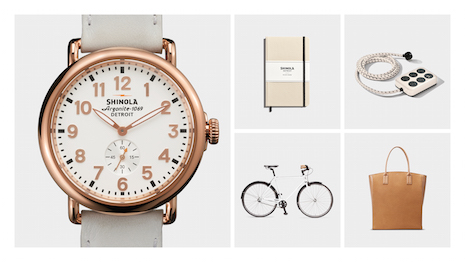 Shinola chose Detroit as its home specifically for the people who live and work there. Image credit: Shinola

NEW YORK – In areas of economic depression and neglect, brands have the ability to to bring benefits to communities by offering training and employment to the people who live there.

This is particularly true for Detroit, where economic crises have left large swathes of the city impoverished and with few prospects. Speaking at Initiatives in Art and Culture's Annual Fashion, Jewelry and Design Conference, an executive from Detroit-based luxury brand Shinola spoke about how the company has intentionally tried to bring attention and industry back to the city of Detroit.

"We set out on a mission to teach our workers on how to make high quality timepieces," said Jacques Panis, the president of Shinola.

"Why would we go to Detroit where its 21 degrees to create a watch company when we could have gone anywhere else? The number one reason is people; the people of Detroit are fascinating and tenacious, they just needed opportunity.

"We have given opportunity to that city. We are building engines that make watches tick and there’s no better place to build an engine in the U.S. than in Detroit."

The 2008 financial crisis was the biggest economic disaster of recent history. For cities such as Detroit, the impact was felt especially hard and the city was declared bankrupt in 2013.

This has translated to massive unemployment and a lack of outside investment and tax base in the city of Detroit.

But despite these circumstances, Shinola has been heavily investing into the city of Detroit throughout its bankruptcy, placing faith in the strength and resilience of the people of Detroit to push through adversity. 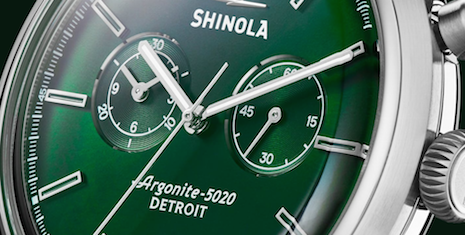 All of Shinola's watches are made in Detroit. Image credit: Shinola

Mr. Panis remarked that when Shinola was founded, it could have moved anywhere in the country, but the company specifically chose Detroit to bring jobs and manufacturing to one of the country’s hardest hit cities and to bank on the ingenuity of the people who work there.

"We are not saving Detroit or saving the world, but we are giving an opportunity," Mr. Panis said. "That’s something that I’m most proud of.

"The fascinating thing is how it has evolved from training an unskilled workforce to making watches that sell for over $1,000."

Mr. Panis spoke about the inspiring stories he has witnessed in Detroit, including a woman who worked as a night janitor at the Shinola factory in Detroit who decided she wanted to learn to make watches and now heads an entire quality control team.

Manufacturing watches in the U.S. was a huge gamble for Shinola. Watches have not been made in the country for more than 50 years.

“We had to convince a Swiss businessman to come to Detroit and build a watch factory for us and train a workforce to make watches," Mr. Panis said. "He did it and now we have a beautiful watch factory in Detroit.

"There’s not a single Swiss person in the factory," he said. "Everyone in that factory is from Detroit."

Mr. Panis also predicted that Shinola would not be the only luxury brand to invest heavily in Detroit in the near future. 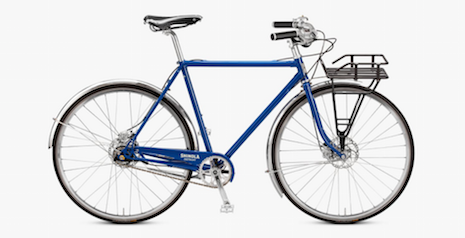 Other brands have already announced expansions into the city.

Opened in spring 2015, the boutique is located in the Michigan city’s downtown district. Mr. Varvatos selected Detroit for its first Midwest boutique to take an active role in the city’s ongoing resurgence (see story).

For Shinola, Mr. Panis says that the brand’s core identity is inextricably bound to its home city.

"The messaging of the brand is important," Mr. Panis said. "We always try to not take ourselves too seriously, remember that we are humans, to remember that we want to make the world a more optimistic place. 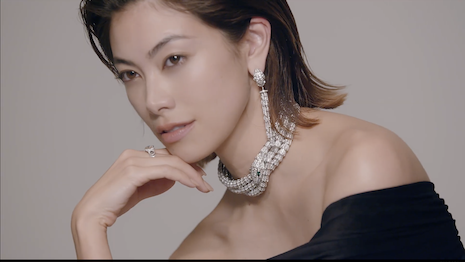