Stakes heightened as another Louboutin vs. Amazon referral faces off in EU court

Since the emergence of ecommerce, online platforms have enjoyed an environment essentially virtually free from liability when third parties use the platforms to sell counterfeit goods.

The laws surrounding this type of trademark infringement liability have, so far, provided little clarity over the issue of direct liability for digital platforms.

Luxury goods companies, like many other trademark owners, have been continuously vexed by the large numbers of counterfeits and other infringements offered by ecommerce platforms without much recourse.

However, those safeguards are being threatened by multiple legal actions now joined together in the European Union, looking to scale back the protections extended many years ago to these booming internet platforms.

In this article, we discuss pending cases in the E.U. court against Amazon’s vast and potentially infringing activities, then consider the state of the law in the United States and how these cases may alter the landscape of liability for online retailers.

The Louboutin vs. Amazon E.U. cases
Last year, the first of the two referrals was sent to the Court of Justice of the European Union (C.J.E.U.) from the Tribunal d'arrondissement in Luxembourg.

Still pending, it was brought by Christian Louboutin, the owner of the famous red sole trademark, against various Amazon entities, including Amazon E.U. Sarl.

This month, a second referral regarding Amazon and Louboutin was added from the Tribunal de lʼentreprise francophone de Bruxelles.

Largely the same, in each referral the court is being tasked with determining whether the E.U.’s trademark directive and regulation hold online platforms such as Amazon directly liable for trademark infringement when it lists and stocks in its online marketplace counterfeit goods sold by third-party vendors.

Additionally, the referrals seek to determine whether the platform can be found liable for the display of advertisements and the delivery of the infringing goods offered for sale on the platform.

These are very significant referrals because European national litigation has not been consistent in dealing with the question of whether an online platform could be liable for direct trademark infringement for marketplace vendor sales.

The C.J.E.U. has not previously determined direct liability of platform operators for infringing activities, though this may change with these new Louboutin cases.

The decisions that come out of these referrals may well offer some much-needed clarity as the CJEU seeks to assess a standard for determining liability.

Amazon’s activities
Under E.U. law, to be directly liable for infringement, a company must be “using” the trademark at issue.

“Using” a trademark “involves active behavior and direct or indirect control of the act constituting the use.”

In prior cases involving platforms such as Google and eBay, merely allowing third parties to use the platform to advertise branded goods was not considered “using” the mark by the platform, only by the seller.

However, despite a common misperception, Amazon is not just a passive listing service where merchants sell their goods.

Instead, from listings to payment, Amazon is inextricably intertwined and actively involved in nearly every step of the sales process.

Amazon’s involvement is extensive, from advertising services (Amazon controls various ways of advertising the merchant’s product, all of which generate their own merchant fees) to pricing (Amazon requires the merchant’s best price) to warehousing and fulfillment (Amazon will store the items of third-party merchants participating in the Fulfillment by Amazon program at its facilities, from which it will prepare and ship items that have been sold).

Amazon charges a fee for many of these activities, including inventory storage, picking, packing and shipping.

As a general matter, if Amazon were a bricks-and-mortar store undertaking the activities under review in the referrals, it would likely amount to prima facie infringement under E.U. law.

However, the situation becomes more complicated when the accused retailer is an online marketplace.

In 2020, the C.J.E.U. considered a similar trademark infringement question in the case of Coty vs. Amazon. Germany’s highest court, the Federal Court of Justice, certified a legal question to the C.J.E.U.: whether the storage of infringing goods by an Amazon company, without knowledge of their infringing nature, rendered Amazon liable.

Coty protested that this narrow framing of the issue did not fully capture Amazon’s involvement in the process of selling items on its Web site.

But the C.J.E.U. refused to go beyond this narrow framing, given that the German court which referred the question of law to it had framed it so narrowly, and was presumed to know the relevant facts.

As this question was presented to the C.J.E.U., Amazon did nothing more than allow its warehouse to be used to stock goods sold by third parties. That, the C.J.E.U. ruled, is not considered “using” the trademarks which are on the goods. So, Amazon escaped liability.

Coty was not alone in asserting its argument.

The European Union’s advocate-general, Campos Sánchez-Bordona, advised the C.J.E.U. to rule that Amazon should be liable for trademark infringement because of the “Fulfillment by Amazon” service.

In his view, this service results in Amazon running an “integrated store” in which Amazon plays an active role in the selling process, including preparation for delivery, advertising, answering queries and providing refunds. Amazon’s close involvement means it is “using” the mark.

Amazon has evaded liability thus far, but the upcoming C.J.E.U. decisions may reevaluate what responsibility these platforms have in the E.U. for infringing sales by vendors on the sites.

U.S. law
The issue of Amazon’s liability for the goods of third parties being sold on its virtual marketplace has not yet been significantly addressed by U.S. courts. But U.S. law has many similarities to E.U. law, and the liability of ecommerce platforms is also still developing.

Direct liability requires that the party make a “use” of the trademark in commerce, such as advertising goods with the mark, or selling goods bearing the mark. It does not, however, require any particular knowledge that the goods are infringing.

Like E.U. law, U.S. law recognizes what is termed here “contributory liability,” where a company supplies goods or services used to aid in the primary infringement by the seller.

For example, many U.S. courts have held that operators of flea markets and commercial landlords can be liable for sales of counterfeits by vendors who lease space from them. However, under this theory, U.S. law requires knowledge – or at least willful disregard – of the fact that the company’s services are being used by others to sell counterfeits.

A 2010 federal appeals court in Tiffany vs. eBay held that this knowledge must be specific – the selling platform has to know that the specific listing is infringing, not merely have general awareness that many offerings on its site are counterfeit. This is often a very difficult thing to show for platforms such as Amazon.

Unsettled areas of U.S. law
The unsettled question is whether Amazon’s involvement in the selling process is sufficient to impose liability, without showing Amazon’s specific knowledge.

It is certainly true that Amazon is much more involved in the selling process than other platforms such as eBay.

As noted above, Amazon is actively involved in nearly every stage of the sale process, controlling aspects of everything from the listing and pricing to warehousing and shipping to payment processing and customer service.

Although some of these services are optional, Amazon strongly encourages vendors to use them, and many in fact do. And, of course, Amazon takes a hefty percentage – varying from 6 percent to 25 percent – of the sales revenue for the various services it provides.

This heavy level of involvement, arguably, could render Amazon liable.

Another possible basis to hold platforms such as Amazon liable is what is termed vicarious liability.

To hold a party liable under that theory, a trademark owner must show that “the defendant and the infringer have an apparent or actual partnership, have authority to bind one another in transactions with third parties, or exercise joint ownership or control over the infringing product.”

Vicarious liability does not require any specific, or even general, knowledge of infringement – it basically requires two parties that are working closely together to be responsible for one another, even if technically only one of them is the direct infringer.

This is akin to partnership law, where partners in a business are strictly liable for their partners’ activities.

Amazon’s close involvement in virtually every stage of the selling process, and the large percentage of the sales price it takes, support a strong argument that Amazon should be regarded as vicariously liable for its vendors’ sales of infringing items.

Finally, one possible, albeit controversial theory of liability is that shipping goods bearing an infringing trademark constitutes “use” of the trademark, making the shipper directly liable.

A number of courts have accepted this theory to hold shipping companies and customs brokers liable. Some have rejected it.

Given Amazon’s involvement in shipping items through its fulfillment program, at some point a trademark owner may well make the argument.

THE OPEN QUESTION concerning Amazon’s liability for the trademark infringement of its third-party vendors may be coming to a head.

Two Louboutin cases have joined together, building the pressure against Amazon and other similar online retailers.

In the E.U., these cases could possibly disrupt the free pass Amazon has enjoyed so far and prove to be a catalyst for change not only in the E.U., but in the U.S. as well.

Milton Springut is partner at Moses & Singer, New York. Reach him at mspringut@mosessinger.com. 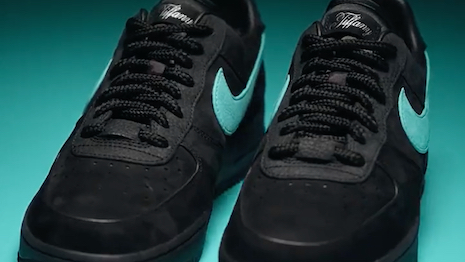 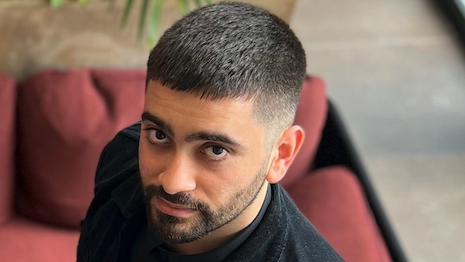 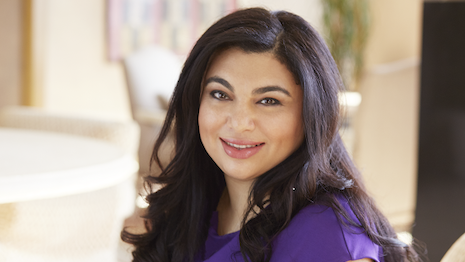 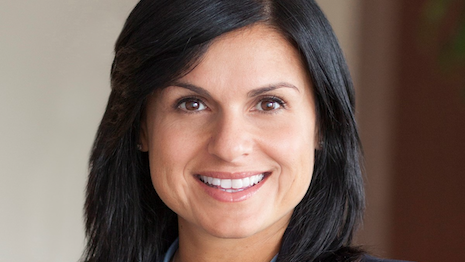 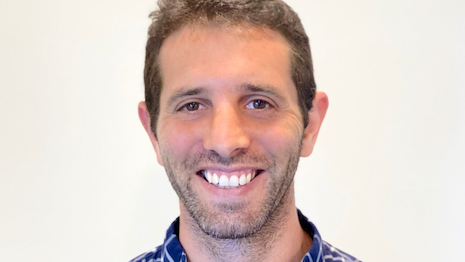 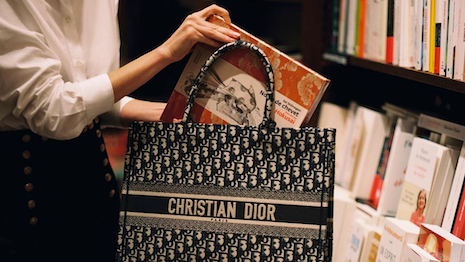 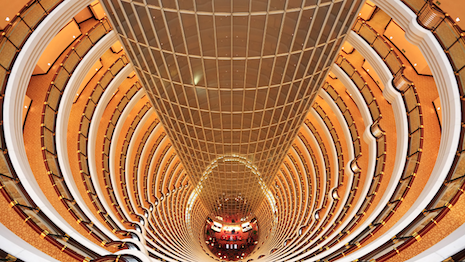 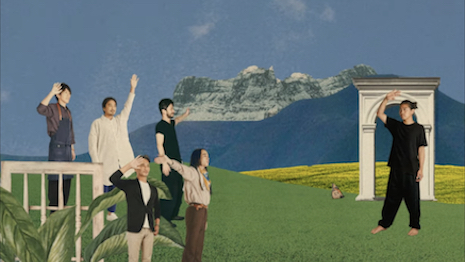 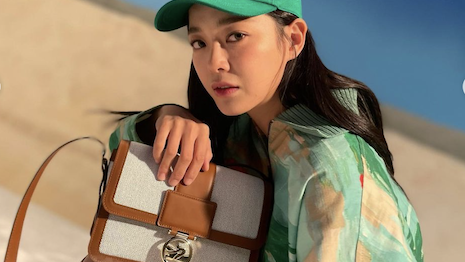 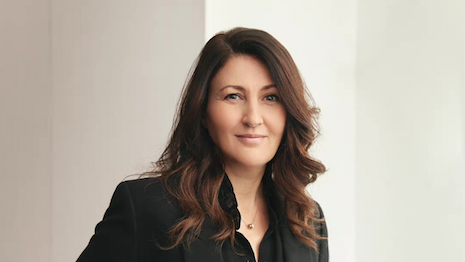