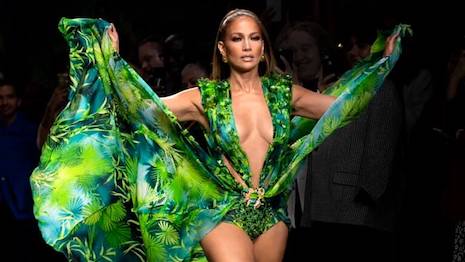 According to data from Launchmetrics, J.Lo’s runway walk alone garnered $31.8 million of Milan Fashion Week’s total $179.3 million in Media Impact Value, while other personalities’ posts drove millions of dollars worth of media. Along with celebrities, brands should think about how they are using their own channels to publicize a fashion week effort to most effectively engage their audiences.

"Celebrities and influencers are not to be ignored when trying to create a 360-degree brand campaign around a fashion week event," said Alison Bringé, chief marketing officer at Launchmetrics, London. "They are voices that not only drive awareness, but they are sources of highly regarded authority, so working with them to accompany consumers in their buying journey is key.

"In order to stand out, select people that support brand values and work collaboratively them to create a unique message which incorporates their point of view, as it will better resonate with their audience and ultimately, create a stronger connection with the consumer," she said.

Celebrity content
For its show during Milan Fashion Week, Versace decided to recreate a 20-year-old moment that broke the then-nascent Internet. During the show’s finale, Ms. Lopez strutted down the runway in a jungle print dress reminiscent of the spring/summer 2000 gown she wore to the Grammy Awards that year.

After seeing her on the red carpet, a plethora of Google searches for photos led the search engine to create a specialized Images category.

Similarly to the dress from two decades ago, this update also went viral. Within 48 hours, the appearance generated $9.4 million in MIV, with more mentions pouring in during the following days.

Debuting in the Spring-Summer 2000 Collection, the Jungle print dress worn by @jlo at the Grammy Awards that year, garnered international attention. Millions of people took to the internet to see Jennifer in the legendary dress, making it one of the most popular search queries for Google at the time. The epic red-carpet look, and the excitement it created, inspired the team to create Google Images. This season Versace and Google collaborate to celebrate twenty years of the legendary moment in both fashion and Google history. #VersaceSS20 #MFW

Versace also ended the week as the top brand for both mentions and owned media.

"The key to creating high Media Impact Value and connecting with consumers during a fashion week is to find something that resonates beyond the industry and beyond those in the ‘inner circle,’" Ms. Bringé said. "The deeper the cultural connection is, the farther the message will spread and have a lasting meaning.

"The reason why the J.Lo moment generated such buzz is that it was closely connected with Internet culture and created a much bigger dialogue about the birth of Google Images, which is a subject that everyone can connect with," she said.

Other celebrities and influencers also drew conversations at the global fashion month celebrations.

During Paris Fashion Week, Cardi B. generated $10 million worth of MIV for posts that included her modeling a look by Richard Quinn.

Ms. Ferragni’s content included a shot documenting her meeting Ms. Lopez at Versace and ads for Sunglass Hut and Pantene.

While some brands excelled at driving engagement on their own channels and creating broader conversations, there were some disparities.

For instance, while Chanel came out on top for overall MIV during Paris Fashion Week, its owned media channels only ranked fourth behind Louis Vuitton, Dior and Off-White.

Similarly, during Milan Fashion Week, Dolce & Gabbana was only fourth in terms of overall media impact, but its owned channels came in second behind Versace.

Gucci has frequently been the buzziest brand in recent seasons when it shows at Milan Fashion Week, but it came in behind Versace this season.

Unlike some of the other fashion weeks, the top five brands for both general MIV and brand-owned channels during New York Fashion Week were the same, albeit in a slightly different order. Michael Kors’ “American Pie”-themed Brooklyn show earned it the top rank in both categories.

At London Fashion Week, Victoria Beckham came out on top, followed by Burberry. Bulgari also made the top five thanks to a London takeover for its Serpenti Seduttori watches, which included an installation at King's Cross.

During a talk at the Condé Nast International Luxury Conference on April 11, the editor of Wired UK and social media experts discussed the evolving relationship between luxury brands and social media. Understanding data is a must for brands to meet their goals (see story).

Also, as luxury brands learn how to cater to their likely future consumers without alienating their existing customers, they need to think about different voices instead of different channels.

Many experts and brands talk about eliminating silos within consumer-facing marketing, but during the Women in Luxury 2019 conference, Ms. Bringé offered a solution. According to the marketer, brands should tap one metric to evaluate how their strategies are working and use it to create specific voices to drive reactions from their customers (see story).

"Owned media is a significant driver of MIV before, during and after fashion weeks," Ms. Bringé said. "People are directed to brands' owned media channels from other voices such as press, celebrities or influencers, so it's important not to forget to activate those voices in a strategic and timely manner.

"To that point, when new followers start to engage a brand's account, they are looking to build a deeper, closer connection ⁠— to feel a part of the brand," she said. "They are also hoping to find unique content which cannot be found somewhere else, so make sure you are carving out a specific, individualized and authentic program for all of your own media channels." 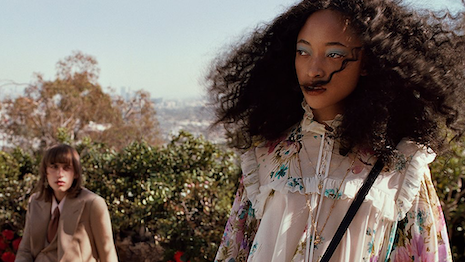 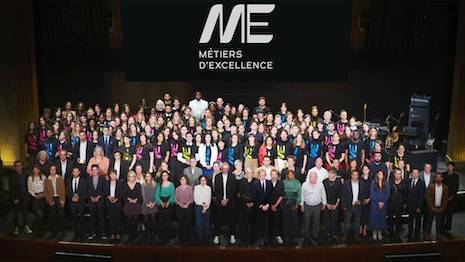 LVMH highlights next generation of talent 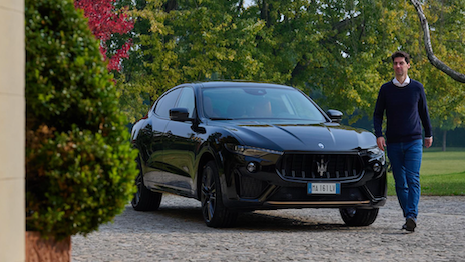