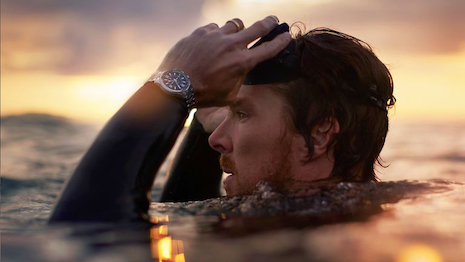 Mr. Cumberbatch, a diver himself, makes a star turn in the short film “In A Breath” produced by Jaeger-LeCoultre to kickstart its elaborate campaign to promote its newest watch, the Polaris Mariner Memovox. Luxury brands often turn to celebrity ambassadors who reflect their brand values who can also extend their marketing reach.

Diving in
At the opening of the three-minute footage, the wiry, ginger-haired actor sits cross-legged and meditating while staring out at the Pacific from Rakino Island in New Zealand.

“Breath and time,” Mr. Cumberbatch says. “We have our own internal rhythms. We have many different clocks.” remarks Cumberbatch placidly.

The film moves on quickly from the simple, but refined Tiki-style hut where Cumberbatch is stationed. Soon, it cuts to a shot of its narrator in snorkels and fins diving into the Pacific without gear, but armed with a Polaris.

“To sustain your dive, it makes you understand the relationship between that breath and time,” Mr. Cumberbatch says. “When you slow yourself down, you gain more time. You accomplish more. You can go further. You can go deeper.”

In public statements and media interviews, Mr. Cumberbatch has often discussed his interest in scuba diving, adding authenticity to this effort with Jaeger-LeCoultre.

The watchmaker described the campaign with Mr. Cumberbatch as an attempt to “capture the transcendent state induced by both meditation and diving, and the deep connection with nature that is triggered by both activities."

"The main goal is to increase the reach of the advertising campaign and to get more eyes on the ads, because it is likely that fans of Cumberbatch may not see a Jaeger ad otherwise," Pacheco said. 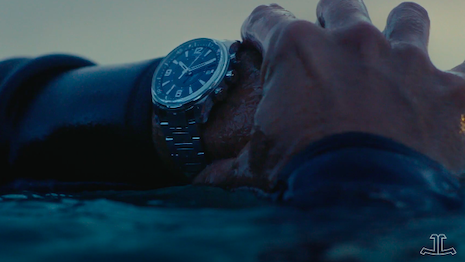 The watches still emit a “school-bell” sound to signal when it’s time to return to the surface and the Polaris Mariner Date’s power reserve lasts for seventy hours.

As well as a rotating inner bezel which measures how much time elapses under water, the Memovox Polaris also boasts a super-compressor case which helps to amplify the sound of its alarm without sacrificing water resistance.

Officially Sir Mohamed Mukar Jamah Farah, the sportsman is a 5,000- and 10,000-meter long-distance running specialist who is well known in the United Kingdom, a country to which he migrated from Somalia at age eight. The relationship between Sir Mo and Arnold & Son kicked off with his interest in fine watchmaking and the brand’s English roots (see story).

IWC’s “Born To Dream” campaign is only available in full on the watchmaker’s website (see story).