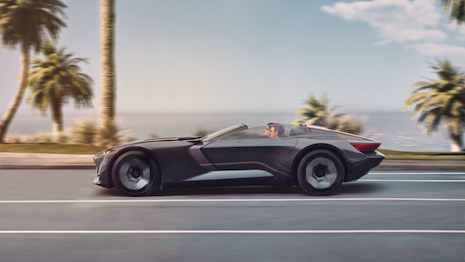 In a short film promoting its skysphere concept, the automaker highlights the impressive technological capabilities of its future offerings. Image credit: Audi

German automaker Audi is envisioning a free, limitless future in a new campaign.

In a short film promoting its skysphere concept, the automaker highlights the impressive technological capabilities of its future offerings, vehicles that are interactive and innovative. The features presented include automated driving, exquisite interior design and a fully integrated digital ecosystem.

“This ad reflects Audi’s ethos because Audi is always on the cutting-edge of innovation and technology,” said Julie Blackley, communications manager at iSeeCars, Boston.

“This vehicle represents the future of transportation, and combines two of Audi’s successful vehicle types: the sophisticated saloon and the chic sports car.”

Think of freedom
The short film opens with the skysphere concept vehicle, center stage in a showroom.

“Think of freedom,” an omniscient narrator says. “A sphere of possibilities.”

As the shots cut to different parts of the vehicle, interior and exterior, the message of the vignette is revealed: the possibilities are endless.

The Audi skysphere concept is where interactive meets innovative

With Audi’s technology and innovation, drivers are being invited to not only use their cars, but to experience them for all that they can offer. This concept vehicle was designed to be an interactive space.

While describing more of the concept’s abilities, the video continues with shots of the sleek black exterior and interior of teal seats and a dashboard that spans the length of the entire front of the car.

“An escape from the ordinary,” the narrator continues to bellow. 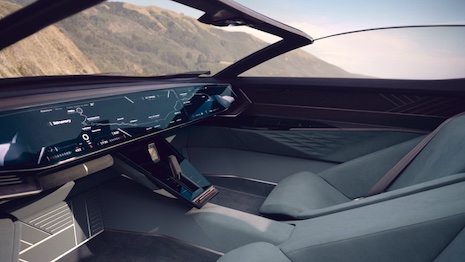 The dashboard stretches from the driver's side to the passenger's. Image credit: Audi

The skysphere concept revolves around the driver and their specific needs, with Audi positioning itself as a provider of limitless possibilities for expression.

Audi developed the skysphere concept with the intent of melding its known craftsmanship with innovative design. How drivers take advantage of it is up to them.

An innovative concept
Audi has continuously produced efforts that look towards the future, including an emphasis on electrification.

Since the debut of the all-electric e-tron in 2019, the automaker has increasingly aligned itself with sustainability. In two new vignettes, Audi is highlighting its efforts to promote electric mobility (see story).

The first of three concept cars from the brand, the electric-powered convertible took inspiration from the Horch 853 roadster (see story). 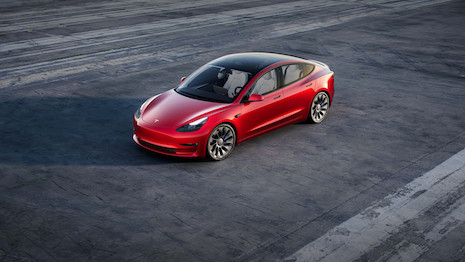 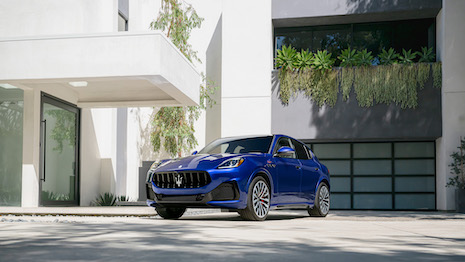 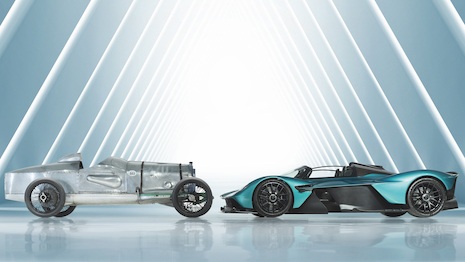 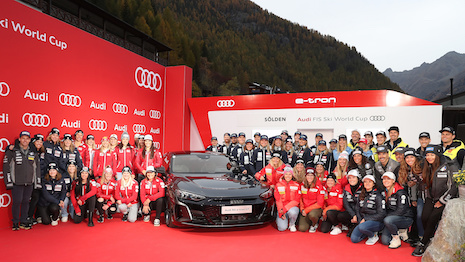