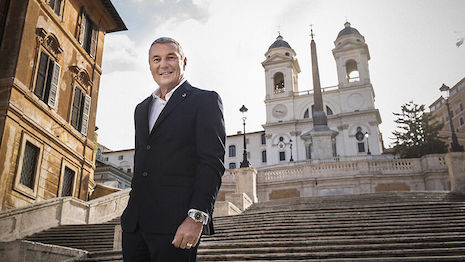 Jean-Christophe Babin, CEO of Bulgari, is Luxury Daily’s 2020 Luxury Personality of the Year for his unwavering commitment to combating the COVID-19 crisis and for embodying the vision of responsible luxury.

The global pandemic forced companies to react immediately to a rapidly changing landscape and for Bulgari, this meant an acceleration of digital strategies such as ensuring employees could safely work from home, expanding its ecommerce capabilities. Bulgari stressed the importance of using omnichannel approaches to engage with consumers as well as making a conscious and concrete effort to help communities in crisis.

“I believe that as one of the most recognizable brands in Italy, Bulgari has the civic responsibility to contribute to the national effort to prevent, fight and eradicate COVID-19," Mr. Babin said. "Thanks to our experience in fragrances, we have been able to provide once again, a 'hand cleansing gel with sanitizer' developed together with our partner ICR, to the healthcare staff on the frontlines in the fight against the virus.

"Bulgari is proud and honored to be able to be at the service of the Italian medical community, especially during the second wave of contagion."

Community first
At the end of last year, Bulgari celebrated its 10 year relationship with Save the Children by launching new initiatives to continue supporting vulnerable kids around the world.

The brand initially partnered with the charity organization to provide children with access to education. Between 2009 and 2019, the partnership raised $88 million to help more than 1.5 million young people (see story).

At the beginning of this year, Bulgari participated in the Flower Gems of India floriculture initiative in collaboration with perfume designer Firmenich and its Indian partners and producer of floral extracts for fragrances, Jasmine Concrete.

The program was designed to create a new jasmine farming model for 100 family-owned farms in two floriculture regions of India’s southern state of Tamil Nadu. The project offers farmers an alternative approach to jasmine production, relying on permaculture principles such as soil restoration and water supply management to boost the profits and wellbeing of farms while ensuring the quality of the flowers.

Participation in the effort met Bulgari’s commitment to ensure a sustainable future for traditional artisans and family farms and aligns with its mandate to promote ethical and responsible practices across supply chains (see story). 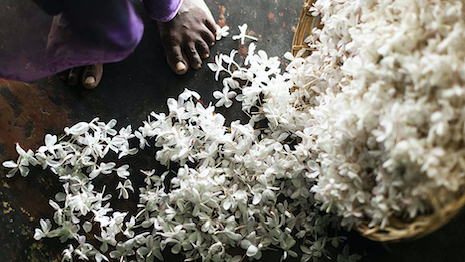 At the end of March, when the coronavirus made a catastrophic impact on the world, Bulgari joined its fellow brands in the LVMH portfolio in making and donating hand-cleansing gels to help the Italian government fight COVID-19.

This effort followed a donation by Bulgari of a 3D high-definition microscope to the Spallanzani Hospital as part of its contribution to fighting the virus that, at the time, had claimed more than 7,500 lives and affected nearly 75,000 residents in Italy (see story).

In September, the brand reiterated its commitment to social responsibility during a digital event, including an important announcement in the fight against the coronavirus pandemic. During the “Innovating the Present for a Sustainable Future” webinar on Sept. 8, the brand revealed it would establish a fellowship with Rockefeller University to support female researchers working on COVID-19.

In June, the jeweler had announced the Bulgari Virus Free Fund to support research institutions and their coronavirus efforts, including the University of Oxfordʼs Jenner Institute, Lazzaro Spallanzani National Institute for Infectious Diseases and the Rockefeller University. 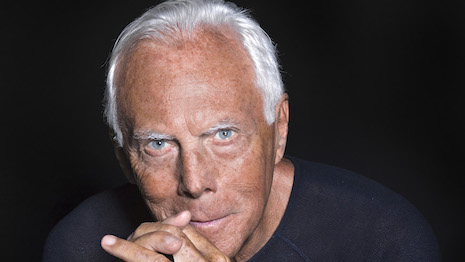 Giorgio Armani has been hailed as a humanitarian in Italy during the COVID-19 crisis. Image credit: Giorgio Armani

A fashion pioneer, Giorgio Armani, who is now 86, launched his brand in the mid-seventies, when the Cold War was still underway and Italy faced a period of austerity.

Nearly fifty years later, Mr. Armani saw the COVID-19 crisis as a rallying cry and emerged as one of the first leaders in the fashion industry to help Italians in their time of need.

In February, during Milan Fashion Week, Mr. Armani moved his show behind closed doors for respect to all the guests and people involved. At the time, the red zone of COVID-19 was just a few kilometers from Milan and the city was overwhelmed with hospitals full of critically ill patients (see story).

He also donated to Milan hospitals and reconverted all his factories in Italy to make overalls for doctors and nurses (see story).

During the crisis, Giorgio Armani boutiques have and will continue to donate part of their revenues to more than fifty associations working on charitable pandemic-related endeavors in their local areas including Les Restaurants Du Coeur in Paris, The Trussell Trust in London and the China Soong Ching Ling Foundation.

At the same time, contributions will also be made to Save the Children for a project in Mozambique targeting motherhood and neonatal health.

Mr. Armani is still intimately involved with the craftsmanship taking place in the Armani empire. Recently, he announced that he is teaming with Swiss watchmaker Parmigiani Fleurier to release a collection of fine watches.

The Giorgio Armani fine watch collection will go on sale in November 2021, and will be designed by Mr. Armani and Parmigiani Fleurier founder and master watchmaker Michel Parmigiani (see story).

Mr. Armani also recently celebrated the 20th anniversary of his company’s home decor line in an emotional campaign tinged with nostalgia. Established in 2000, Armani Casa combines the ethos of his fashion impulses with the aesthetics of art deco, Eastern and modernist furniture, textiles and home design (see story).

Although it is not yet possible to accurately estimate the ultimate economic impact of the COVID-19 pandemic, the Armani group has both the resources and a solid capital and financial structure that will enable it to cope with uncertainties (see story).