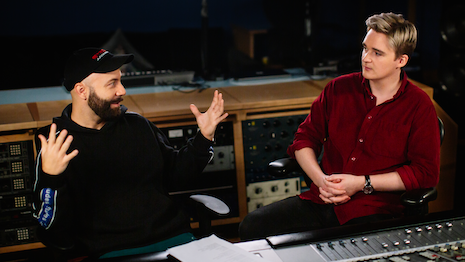 Swiss watchmaker Vacheron Constantin is showcasing its appreciation for creativity by expanding a mentorship program.

Vacheron Constantin’s “One of Not Many” mentorship program is inspired by the watchmaker’s tradition of sharing skills and expertise. A new film follows an emerging musical artist, the first to participate in the revamped program.

Making music together
The watchmaker created its mentorship initiative to encourage young talent to achieve their goals.

It originally began in the Middle East, with six young Emirati women who were guided by six female entrepreneurs to learn about launching their own businesses. After a six-month mentorship experience, the young women joined either Vacheron Constantin or its parent company, Swiss luxury group Richemont, for a six-month internship.

Vacheron Constantin has now expanded the program as part of its ongoing partnership with London’s Abbey Road Studios. The latest iteration pairs musical artists that have yet to sign with a label with an artistic mentor.

The first pairing is French musician and director Woodkid, born Yoann Lemoine, and London-based singer-songwriter Ewan J. Phillips. Mr. Phillips was selected from a curated list from Spinnup, an artist discovery service that, like Abbey Road Studios, is owned by Universal Music.

A five-minute film goes inside Abbey Road as their creative collaboration unfolds. The campaign has also been recut into 30- and 90-second versions.

Mr. Phillips comes to Woodkid armed with a song he has written, but he needs help on the production side. He plays a demo for Woodkid, who has worked with pop stars including Katy Perry, Taylor Swift and Harry Styles.

Woodkid gives the young man advice about his love song, suggesting he reconnect emotionally with the lyrics and avoid overproducing the track. For his next rendition, Mr. Phillips plays his song on a Challen piano used by The Beatles, among others, at Abbey Road.

After the performance, Woodkid and Mr. Phillips sit together to discuss the experience.

“Having people who you respect help you and take part in your journey can be everything,” Mr. Phillips says in a sit-down interview. “I feel really grateful that I’ve been able to have that experience with Woodkid here at Abbey Road.”

The film transitions back to the conversation between the two musicians, with Mr. Phillips thanking his mentor for his feedback in the studio. His song, “Say You Never Loved Me,” will be released as a vinyl with the B-side featuring an interview with the two men. 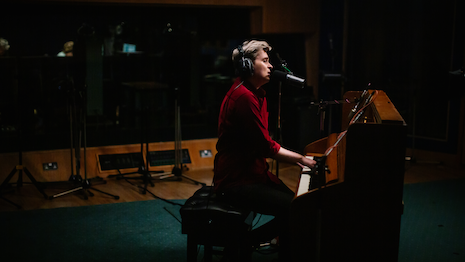 “There’s so many flavors and colors in music,” Mr. Phillips says. “Getting that intimacy into recording is something that comes with balancing.

“You’re the only person who can tell your story, say it the way you say it,” he says. “That’s what music is about, is using your own voice to tell your own story the way you want to tell it.”

Vacheron Constantin artistry
Creativity and artistic expression in its various forms are important to Vacheron.

In a 2018“One of Not Many” effort, photographers, designers and musicians — including Benjamin Clementine, James Bay, Ora Ito and Cory Richards — made up Vacheron’s army of artists for its latest campaign. The house has stated that it feels its products are a balance between technical expertise and innovation, similar to these artists (see story).

More recently, the watchmaker got artsy in a series of vignettes for its “Science And Complications” campaign.

The shorts served as an exploration of science, explaining the complications used in Vacheron Constantin timepieces by using everday objects. Videos dissect the watches’ many functions, including the tourbillion and chronography (see story).