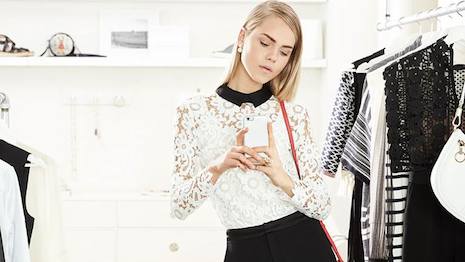 Anticipating what the bricks-and-mortar store of the future will look like is on the mind of every marketer, but to best understand where retail is headed, one must look back at the evolution of in-store customer experience.

In-store experience has undergone many changes since the 1800s and as bricks-and-mortar retail evolved, so have consumer behavior and expectations. Today, omnichannel advances, an approach that emphasizes retail technology to better customer experience, are all the rage, and the role of sales associate, long seen as a pillar of in-store information and recommendations, has been enhanced by digital tools.

"Stores will continue to evolve toward more experiential places where it becomes less about the store as merely a space for inventory and much more about the store as a branded entertainment experience," said Scott Moore, global senior vice president of marketing of Mood Media. "To get the consumer off the sofa and into the store requires that the store become a much more emotionally rich experience rather than a functional experience.

"Offering customers the products they want at the time they want them and at the best price will remain a priority," he said. "Convenience and immediate gratification are driving factors that still matter. We expect retail experiences to integrate artificial intelligence combined with big data with the objective of creating a unique experience for each customer.

"Payment at the checkout might be permanently buried; in-app payments, Amazon Go and digital tickets have already demonstrated that this movement has started. Stores will become more and more interactive theaters for exceptional experiences, also thanks to the rise of mixed reality, which aims at combining the best aspects of both VR and AR – being as immersive as VR but less disruptive of the experience."

Mood Media’s study was conducted in collaboration with Bruno Daucé, a professor and researcher in retail and marketing at the University of Angers, France. Mood Media specializes in elevating customer experiences through atmospheric touchpoints such as sight, sound, scent, systems and social mobile technologies.

The history of retail
For its historical study for customer experience, the team analyzed eight eras between 1800 and 2050. Understanding where retail started and how consumers interacted with bricks-and-mortar storefronts throughout history may serve as an indicator for shopping’s future.

"The importance of connecting at the point of purchase matters just as much now as it did 200+ years ago," Mr. Moore said said. "In the 1800s, retailers started pulling things out from behind the counters and letting consumers touch, feel and interact with them on their own.

"They began placing perfume counters at store entrances to mask the smell of outdoor odors," he said. "That desire for more sensorial experiences in store – the ability to touch, taste, see, smell and hear – has not only remained in place, but in many ways will grow in importance as a competitive edge."

In the 19th century, department store shopping was viewed as a leisure activity. The retail format radically transformed customer experience by making consumers autonomous instead of relying on store keeps located behind a counter.

The rise of department stores allowed consumers to experience products first hand through touch, and shoppers were no longer reliant on sales associates to find out prices due to the addition of price tags to goods placed throughout the store.

From changing rooms to product promotions, the modern consumer was born between 1800 and 1899. As for retail, the first link between art and commerce was established. 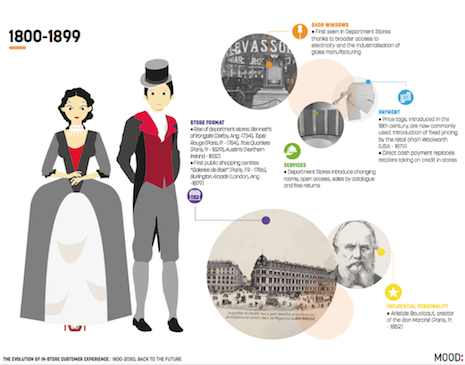 The next 20 years, 1900 to 1919, saw customer experience transformed further through independence. For example, self-service stores emerged and logistics management retailers found they were able to sell more, and faster.

Also during this time, the idea of a one-stop-shop deepened as retailers furthered the relationship between art, leisure and shopping. A department stores in Paris, for example, included a hairdresser, cooking classes and a music salon, all touchpoints that remain of interest for modern consumers.

By 1920, in-store customer experience was enhanced further by an exploration of the senses. Emotional elements were added through the use of in-store music or Christmas carols performed in store windows.

The report defines the period between 1940 and 1969 as the “golden age of mass consumption” due to abundance of choice and size. Also during this time period, hypermarkets and large-scale malls were born in France and the United States, as were the creation of discount stores due to the rise of lower prices. 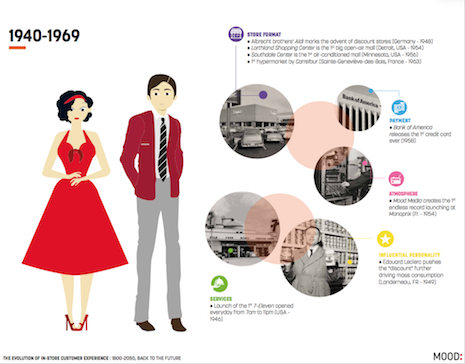 Similar to the 1920-1939 period, 1970 to 1999 ushered in the “second golden age of sensorial marketing.” Fragrance was introduced to the retail setting to create a unique and recognizable atmosphere.

Technology also started to be implemented in a retail setting. Although invented by IBM in 1972, touchscreen technology was not placed in a retail store until the early 2000s.

Customization was also facilitated by technology. For example, athletic brand Nike started its online Nike ID program allowing consumers to design their own sneakers, and later accessories, for the first time.

Amazon and eBay were also launched as the 21st century was on the horizon, forever changing how consumers purchase goods.

The rise of the Internet and mobile shopping paths evolved further between 2000 and 2010. Due to new ways of shopping, customer experience became a core focus as did growing and maintaining client loyalty (see story).

In the last decade, trade and ecommerce borders have blurred and cross-channel strategies that balance on and offline purchasing have become needed and expected. Retailers now communicate directly to consumers via social media, and artificial intelligence is slowly being introduced online and in-stores (see story).

Lastly, the research team looked toward the future of retail and the additional 3 billion individuals living on the planet, two-thirds of which will live in urban environments. Due to environmental impact of today’s production and distribution models and scarcity of resources and new technologies, retail will need to innovate to meet these new challenges head on. 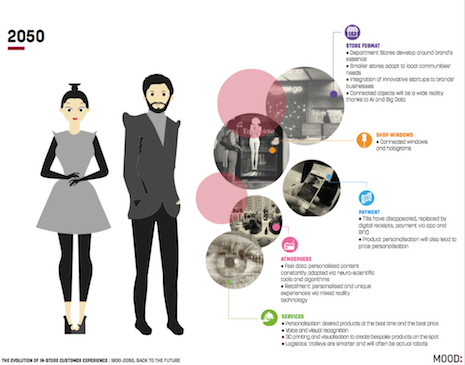 Mood Media and Professor Daucé foresee two trends: the relocalization of production and small-scale production thanks to 3D printing (see story). These trends will answer demand in real-time, eliminating the need to stock warehouses, the concept of a sharing economy will continue and goods will be repaired rather than replaced.

Lessons from the past
Based on retail’s history, the research team uncovered four key lessons that can be drawn from the past.

The first is that emotion is a core vector of customer experience. From the get-go, retailers succeeded in revolutionizing the consumer journey by incorporating sensorial elements to the in-store setting.

In the future retailers will be able to measure and analyze emotional data to better serve consumers in what the team calls “feel data.”

Customization and personalization efforts that speak directly to an individual rather than all consumers as a group will also become a mandatory criteria of customer experience (see story). Geolocation, 3D printing and augmented reality will facilitate the need to customize and personalize brand-consumer interactions.

Third, experience will trump flows management. Retail will become a practice of pleasure and experience rather than a static point of sale. Lastly, building off the third lesson, stores will become a living environment rooted in discovery, inspiration and socialization, all of which is bolstered further by modern technology.

But, the days of the bricks-and-mortar store are not likely to be lost to history because even if orders are delivered by drones or 3D printed at home, that experience will never replicate an in-store experience where all sense are solicited.

"The importance of optimal in-store experiences is nowhere more important than in higher end luxury stores," Mr. Moore said. "Customers aren’t just buying a product – they’re buying into the brand, the story behind the brand and the shopping experience itself… from start to finish.

"They’re buying into expertise and craftsmanship and want to see examples of that craftsmanship in action," he said. "Luxury brands have to offer a much more tailored, personalized experience where everything in the store, including product, feels carefully curated just for them." 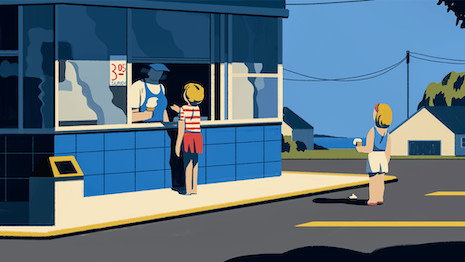 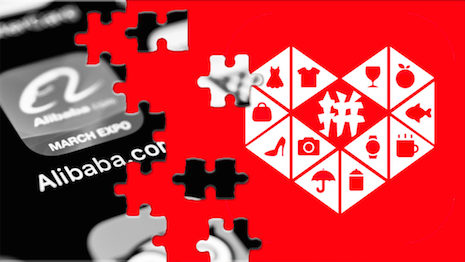 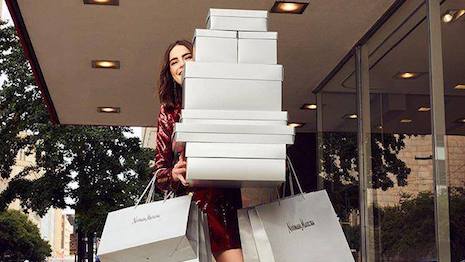 Holiday retail sales could diverge based on consumer confidence: Deloitte 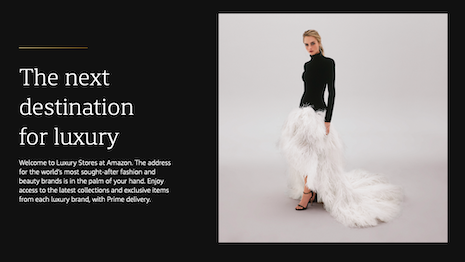 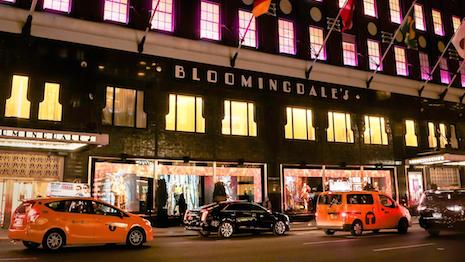