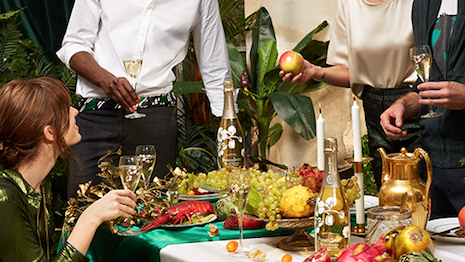 NEW YORK – Client entertaining today needs to go beyond wining and dining to make more of an impression, according to an executive from Pernod Ricard.

Providing an educational experience is an opportunity to leave consumers with information they can take with them even when the event ends. During a fireside chat at Luxury FirstLook 2020, the executive discussed how spirits are playing a larger role in both customer and employee engagement.

"The times of just wining and dining and spending a lot of money on your customers have kind of gone away," said Kate Zaman, director of new business development at Pernod Ricard USA.

"There’s a lot of different reasons for that, whether it’s what you can write off on your taxes or laws or regulations," she said. "You can only spend so much where it’s just like you’re competing against yourself year after year.

"And what we see now is people want to offer an experience to their clients, they want to have an opportunity to share that memorable occasion, and…that relationship that they build lasts a lifetime."

Educational engagement
Pernod Ricard has been working with clients to develop educational events that are more immersive than simply providing an open bar.

For instance, the spirits group is collaborating with a media company to create a series of workshop-style activations at a hotel takeover timed to the Super Bowl.

Among the activities is a Champagne tasting with unconventional pairings such as fried chicken and nachos, as well as more traditional fare including caviar. Another event will focus on whisky blending.

Education also extends to the way in which companies are engaging their employees. Some firms have launched wine or whisky clubs that gather enthusiasts for interactions outside of meetings.

Forging a sense of camaraderie, some companies have set up bars in their offices. Others have established more frequent happy hours for staff, going beyond they yearly holiday party.

This reflects a growing trend of offices that are microcosms with fitness classes and more, turning the workplace into a second home or a lifestyle environment.

For spirits companies, differentiating a product often stems from storytelling. Educating the customer about the history of a particular label is an opportunity to inspire them to choose one brand over another. 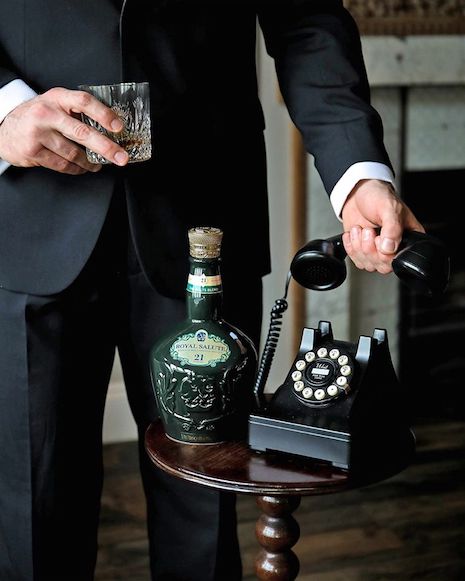 "You hire people that know how to sell, but I think it’s a different ability to be able to tell the story," Ms. Zaman said. "It’s our jobs as ambassadors or salespeople of the brands to tell those stories so that consumers can make that decision."

Liquor groups are also turning to influencers as storytellers. This form of marketing is significant for the business, however Ms. Zaman noted that the beverage industry is less advanced at certain aspects of influencer placements due to legal constraints in the U.S.

"Our industry is I would say behind the times, especially with the three-tier system that in most cases – except for some DTC wine business, which is pretty small – we’re not selling direct to our customers," Ms. Zaman said. "So there’s a lot of complications with being able to do the same kind of thing as you can in other industries where you’re swiping to shop and that item will be there in one day.

"But I think influencers are very important to our company and our brands, we’re just a little bit behind fashion and beauty," she said.

Never??go ??empty ??handed ?? to a holiday party! We’re pulling up to your party with @TheGlenlivet_US 14YO. #TheGlenlivet #partner

Although major Champagne brands are visible on social media platforms, the category lacks the investment of other spirits and luxury goods players needed for worthwhile engagement, according to a 2017 report by L2.

Due to a lack in social media investment, even Champagne category leaders’ efforts are diminished by the likes of Jack Daniels and Chanel, two brands with the highest social media engagement and reach across channels. L2’s “Champagne: Social Media” report suggests that the brands dominating the social conversation are largely due to spend and pay-to-play strategies (see story).

As a company that relies on the land, Pernod Ricard is focusing on environmental issues.

For instance, one of its vineyards in New Zealand includes a sanctuary for falcons. The birds in turn protect grapes from other birds of prey.

In another planet-focused move, Pernod Ricard has eliminated non-biodegradable plastic straws in an effort to drink in a greener fashion. In the 2018 announcement, the company noted that a straw used for about 20 minutes would take more than 200 years to break down.

Consumers’ wellness habits are also having an impact on drinking trends, as they seek out spirits with lower calorie and alcohol content. This desire for healthier drinking has helped usher in the ascent of the hard seltzer.

Speaking at a Luxury Marketing Council event, a BCG analyst argued that rather than creating new needs, up-and-coming niche companies are instead supplying for a demand that was previously underserved.

Consumers today are attracted to the extremes of healthfulness and indulgence. In this seemingly contradictory environment, both plant-based nutritional items and Hostess have been growing sales, while food products that sit in the middle have seen less success (see story).

"Health and wellness is something that has really kind of taken over," Ms. Zaman said. "Where people used to drink in excess, people are much more conservative nowadays.

"People are more selective about what they’re putting into their bodies," she said. "They want to make sure they can make their SoulCycle class at 6 a.m."