Lamborghini takes to the skies in adventurous campaign 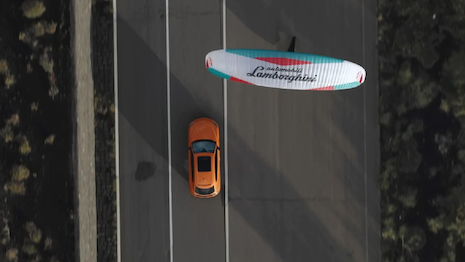 Italian automaker Lamborghini is playing up the adrenaline rush of its sports cars in a high-soaring effort.

Paragliding World Cup winner Aaron Durogati appears in a short film for Lamborghini. The campaign pits him against the Urus, the automaker’s sport utility vehicle.

“It reflects Lamborghini by highlighting the Urus’ high-performance capabilities, something that Lambo is keen to use as a differentiator from other ultra-luxury SUVs,” he said.

New perspective
The film opens at daybreak, with Mr. Durogati making his way through a rugged landscape. The shots are juxtaposed against images of an orange Urus driving through a wooded road.

A chant-like musical score lends the scene some gravitas, almost hinting at the unique event that is about to take place.

Mr. Durogati stretches out his arms as he overlooks the horizon, welcoming the challenge of a new day, when it appears that he says the Urus out of the corner of his eye. As the roar of the Lamborghini becomes more pronounced, the wing — with Automobili Lamborghini branding — is seen unfurling before Mr. Durogati launches his flight.

With the music building, the unseen driver shifts the Urus ANIMA system into “sport” mode for more agile and responsive driving.

Once in the air, it is only a matter of time before Mr. Durogati is paragliding side-by-side with the Urus. He shifts direction to move away from the street, and the Urus driver responds by placing the SUV in “terra” mode for off roading.

“It’s also noteworthy that this ad allows Lamborghini to show its Urus being used in on- and off-road driving conditions, all the while promoting its performance capabilities,” he said.

The Lamborghini makes quick and graceful work of the rocky and muddy terrain, appearing to keep pace with the paraglider. Mr. Durogati begins his descent by flying in circles over a dirt track, and the Urus mimics the movements in its turns and other driving maneuvers.

The film ends as Mr. Durogati lands in a cloud of dirt, with the Urus in the background.

Urus push
The Urus is what Lamborghini calls the world’s first SSUV, a Super Sport Utility Vehicle that is considered the fastest SUV in creation. It was unveiled in late 2017 and can reach speeds upwards of 190 mph (see story).

“The Urus is arguably the most important vehicle Lamborghini has ever made,” Mr. Undercoffler said. “SUVs are essential to the survival of every brand these days, particularly those that have historically only been known for their low-volume supercars — think Aston Martin, Porsche and, soon, Ferrari.

“SUVs like the Urus sell in much higher quantities than anything else their brands sell, while at the same time bringing in higher profits as well as new customers to the brand,” he said. “It’s a win-win-win situation.” 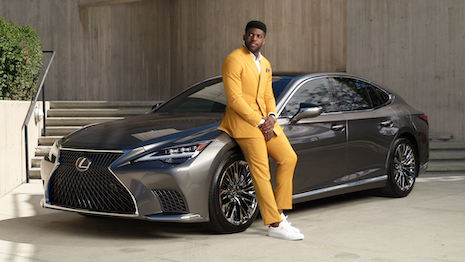 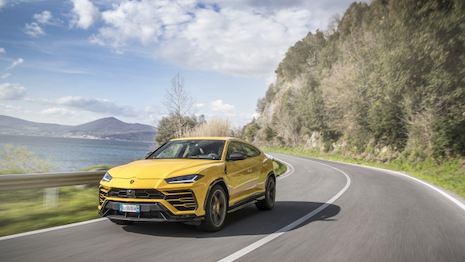 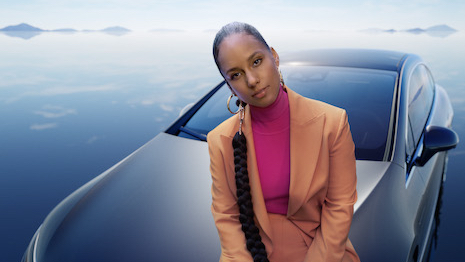 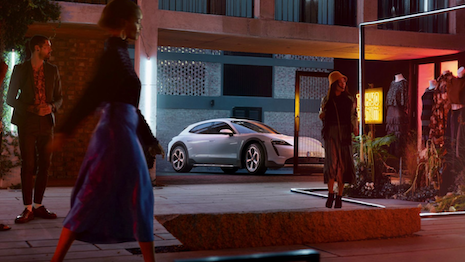 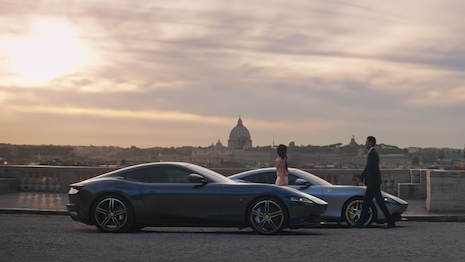 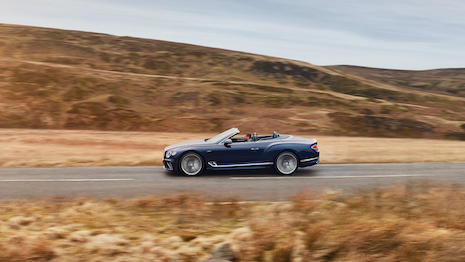 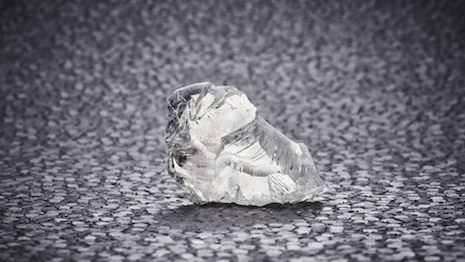 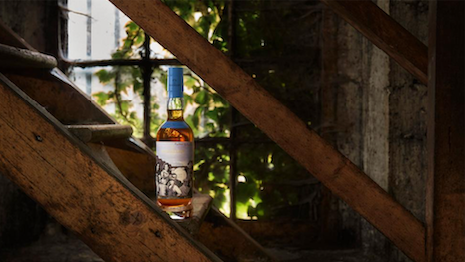 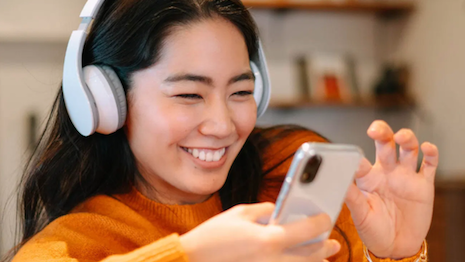 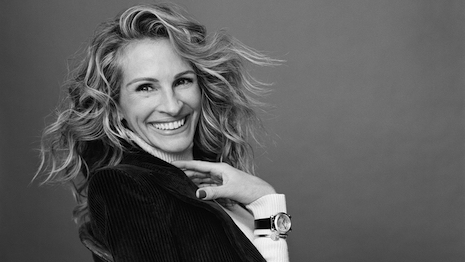 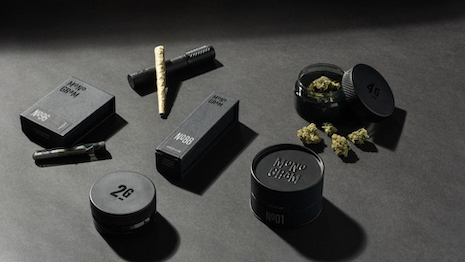