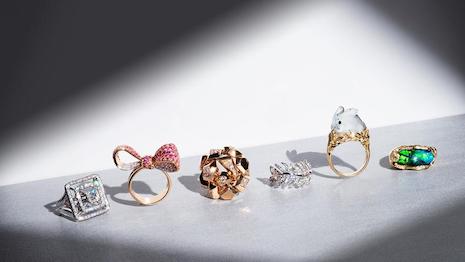 Rings by Mimi So. Image credit: Mimi So

NEW YORK – Jewelry designer Mimi So went against the grain by opening a bricks-and-mortar store in New York, seeing a continued need for in-person interactions in the category.

With direct-to-consumer the big buzzword right now, Ms. So instead built a flagship as a chance to engage with clients in a physical environment, enabling them to touch and feel the jewelry before making a purchase. In a conversation with UBS’ Alli McCartney at Initiatives in Art and Culture’s Gold Conference, Ms. So explained how her decisions to be a bit rebellious have paid off.

“Retail is such a dirty word right now,” said Ms. So, founder of Mimi So. “And it’s always direct to consumer, and I think everyone gets crazy about that.

“For jewelry, it’s still an intimate purchase,” she said. “With everything so fast and so foreign and so quick, I just don’t think jewelry is just a click and that’s it.”

Against the grain
Ms. So grew up in New York. The third generation of her Chinese-American family to enter the jewelry business, she went to The New School’s Parsons School of Design and set out on her own in 1998.

Early in her career, she was approached to lend jewelry to the then unknown television series “Sex and the City.” While slightly hesitant, she obliged, not knowing that the show would blow up into a cultural phenomenon.

From the beginning, Ms. So has designed pieces that are meaningful to herself. This introspective approach has resonated with consumers, as they too can find a deeper connection to jewelry.

For instance, one of the jeweler’s lines centers on the idea of the phoenix, chosen to reflect a time when she persevered. Women have latched onto the collection as a symbol of overcoming or rising anew, such as one owner who wore it throughout her cancer battle.

To me, jewelry has always been about more than the precious stones, but the memories and stories it holds. When we pass on pieces to loved ones, we are sharing a piece of our history as well. I call it #heirloomofmemories. Over the next couple of weeks, you will see the stories of amazing women and what their Mimi So pieces mean to them. We would love to hear your #heirloomofmemories moments so please tag us in your posts (photos or videos!) with our hashtag. We will share your messages on Instagram too ♥️ 👉check out insta stories for more #heirloomofmemories👈

Ms. So considers herself her own customer, and the woman has always been the focus, even before self purchasing was as popular.

Even if a man is buying for someone in his life, the brand is centered on forging that emotional connection with the wearer through gifting.

Primarily, the brand’s marketing also centers more on pull than push, as consumers find the brand themselves.

Over the years, Ms. So has been courted by bigger companies with investment offers. She said that Tiffany & Co. offered to buy her Anzia design, but she declined.

In the early 2000s, the Mimi So brand received a minority investment from conglomerate Richemont. The group later courted her with a majority offer, but she eventually turned them down, equating selling with having a baby and giving it away.

In response to an increasingly competitive and expensive luxury business, a number of independent luxury houses have sought outside capital through acquisitions or investments. Last June, Italian lifestyle label Missoni became the latest independent family-owned house to sell a stake in its brand, following in the footsteps of others including Versace (see story).

Instead of seeking venture capital, Mimi So has chosen to remain independent, working mostly with investors who are also customers. This has given her more freedom to do things her way.

One of the most recent examples of a move that might have caught investor ire was the opening of the flagship on Crosby Street in SoHo. Intended to provide a welcoming space for customers to explore the brand's story and craftsmanship, the investment in bricks-and-mortar could have been more strongly opposed if there was an investor behind the label. 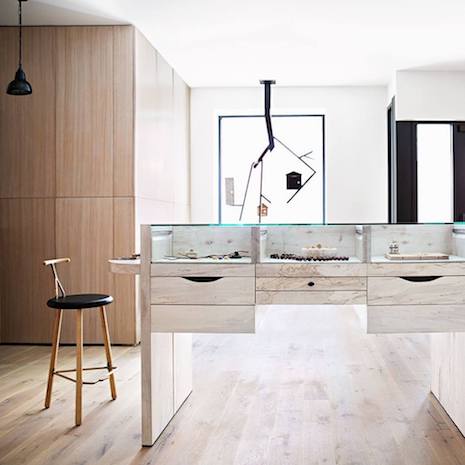 Online retailer Net-A-Porter is investing in yielding high-end jewelry brands who lack an online retail presence to help affluent shoppers accomplish all of their buying needs within its platform.

The ecommerce platform is launching a flagship jewelry store online, where it will bring in couture watch and jewelry brands, many of whom have never had a digital retail presence. A dedicated hub for prestigious brands such as Cartier, Jaeger-LeCoultre, Piaget and Chopard will include heightened customer service elements to better cater to the high-net-worth shopper (see story).

Despite jewelry's DTC moves, Ms. So believes that after reaching a few hundred dollars, the price points of luxury jewelry necessitate more of a high-touch selling environment.

"[A brand balance individuality, connectivity and scalability] only if you find the right investor that can want to partner with you and believe in that brand and believe in that mission statement and the concept," Ms. So said. "And believe more importantly that there is this audience for that, then it can be.

"It has not been that easy. I would say that in an industry where — the sad part is, when it becomes that big, it becomes very commercial," she said. "So it loses a lot of threads, it loses that human touch or the branding and the marketing is a little goofy, so it’s not relatable." 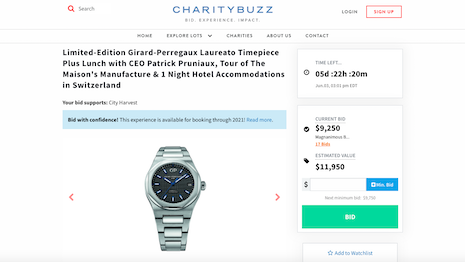 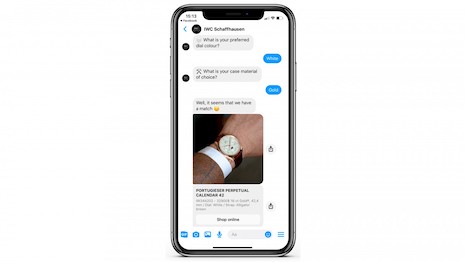 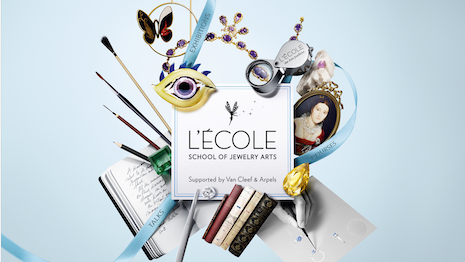 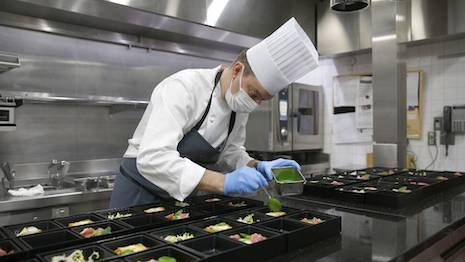 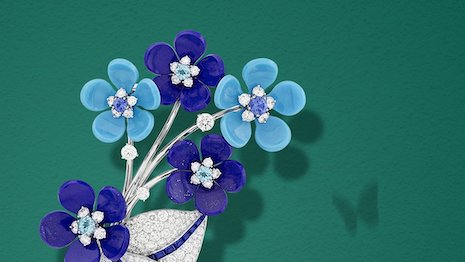