Gucci is 2019 Luxury Marketer of the Year 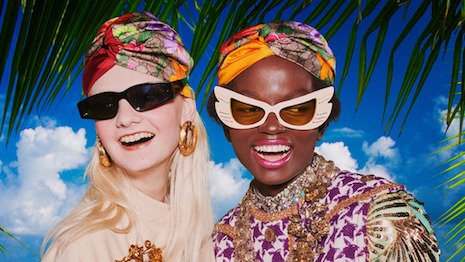 Italian fashion label Gucci is Luxury Daily’s 2019 Luxury Marketer of the Year for its deft outreach to emerging generations of luxury buyers.

Gucci, along with runners’-up Louis Vuitton and Tiffany & Co., has effectively courted Gen Z and millennial clientele this year through design and marketing that caters to consumers’ changing tastes and lifestyles. These three brands have successfully adapted to stay relevant and reach new demographics while maintaining their luxury positioning and prestige.

Inclusivity and individuality
This year, Gucci’s marketing put a spotlight on subcultures and subverted traditional gender divides. There was also a focus on inclusion and individuality, speaking to the Gen Z and millennial audience that craves tools for self-expression.

A photo project for Gucci’s timepieces followed groups of skateboarders from around the globe (see story).

Advertising campaigns included famous faces such as Gucci Mane, Sienna Miller, Iggy Pop, Lana Del Rey and Jared Leto in playful scenarios, from a personality-driven party to a twist on the everyday in LA. 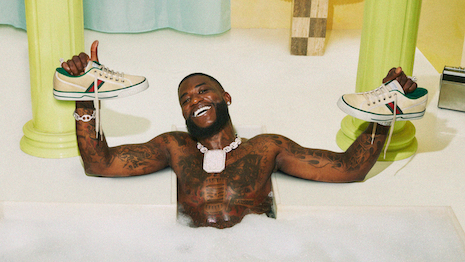 In a further effort to speak to the next generation, Gucci turned to student directors to debut its latest footwear. Through a collaborative project with Garage magazine, students from New York University’s Tisch School of the Arts created short films around the Ultrapace sneaker (see story).

The label also launched its first unisex fragrance, Mémoire d’Une Odeur, with a campaign featuring an ensemble cast led by Harry Styles. The scent is meant to reflect the shifting identities among younger consumers (see story).

The launch campaign celebrated individuality, as a spokesmodel tells viewers to “Be bold, be bright, be beautiful.” Since the launch, Gucci Beauty has been promoted with imagery featuring diverse models.

Presenting Rouge À Lèvres Mat: a lip colour with a clear, gelling soft wax base that works in harmony with the pigments to create an intense vivid tone with a matte finish—all in one stroke. Video by @seanvegezzi. Available December 2nd through link in bio. @alessandro_michele #AlessandroMichele @gucci #GucciBeautyNetwork #GucciBeauty

While Gucci has had a fragrance line for the entry-level buyer, the lipsticks offer an even more accessible option for young shoppers to buy into the brand.

In a digital retailing move, Gucci debuted an AR try-on experience in its mobile application for its Ace sneaker, putting a fashion spin on a tactic typically deployed by beauty marketers. While a means for consumers to try on shoes before buying them, this interactive experience also enables an aspirational audience to model Gucci shoes on social media, regardless of their budget (see story).

Also within its app, Gucci launched a new retro-style arcade. Consumers can play against each other to move up a leaderboard, creating a community among Gucci fans (see story). 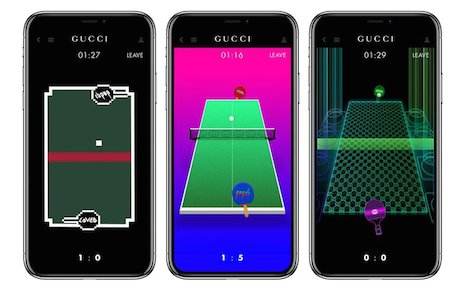 Gucci has excelled at blending physical and digital retail experiences.

Ahead of the holiday shopping season this year, the brand launched Gucci Pin, a pop-up concept designed to extend its global presence. While the Gucci Pin stores are physical, a key element of the boutiques will be digital engagement.

Named for the icons placed on digital maps, Gucci Pin pop-ups in some nations will feature as branded pins in Google Maps, which will be decorated in patterns reflective of the stores’ themes. Gucci is also introducing a special section of its mobile application that will feature augmented reality experiences and filters for Snapchat and Instagram designed after the store themes (see story).

The brand has also made investments into its customer service, seeking to make its remote client services more reflective of its in-store experience through a concept that blends a channel-agnostic approach with a human touch.

Dubbed Gucci 9, the service center handles requests from consumers looking to shop at both the brand’s boutiques and its online store, seeking to give all customers who contact the label a consistent experience. After opening locations in Florence, Tokyo, Seoul and Singapore, Gucci has expanded the footprint for Gucci 9 to North America with a center in the New York metro area situated in Jersey City, NJ (see story).

While Gucci has been reaching out to millennials, the house also made investments in more exclusive categories.

Gucci moved into high-jewelry with a new line inspired by Mr. Michele, which is sold exclusively through a new boutique on Place Vendôme (see story). 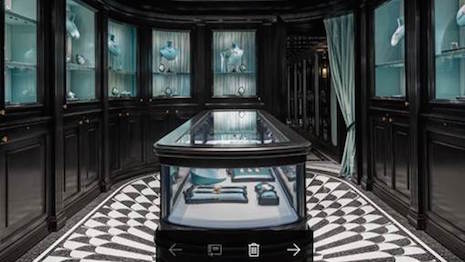 In the beauty category, Gucci explored the chemistry of perfume in its first haute fragrance collection that aims to inspire consumers to customize their scent.

The Alchemist’s Garden features a series of perfumes and a scented candle that are designed to be layered and combined. As consumers crave individuality, Gucci is giving them the tools to be their own fragrance designer, expanding beyond its array of premixed juices to more traditional perfumery (see story).

As consumers care more about values, Gucci has also responded to key issues including diversity in fashion and climate change in 2019.

Gucci believes that sustainability, diversity and emotionality are the pillars that make up modern luxury, as it works to make sure inclusivity is at its core. Speaking at the Condé Nast International Luxury Conference this year, CEO Marco Bizzarri said he believes that the brand's recent misstep with a sweater design — which many believed was offensive — was extremely unfortunate but was a learning experience for the label that was then turned into something positive (see story).

This year, Gucci looked to increase diversity and representation in fashion through the creation of a community fund and scholarship program. The Gucci Changemakers program includes a $5 million fund and a $1.5 million scholarship in North America, which will be focused on helping the next generation of fashion talent pay for college (see story).

Gucci is also pushing to become carbon neutral in a long-term commitment to its sustainability strategy. The label will be reducing and offsetting its greenhouse gas (GHG) emissions across its supply chain, as well as supporting forest conversation efforts led by REDD+ (see story).

For instance, Louis Vuitton has been using a new form of influencer relationship to cater to a younger generation, as experiential leanings become more important to brands.

Model Karlie Kloss was the special guest at Louis Vuitton’s runway show during Paris Fashion Week, alongside 17-year old YouTube influencer Emma Chamberlain. The label extended its relationships with the influencers through a series of content following the show, in the hopes of catering to millennials as well as Gen Z consumers (see story). 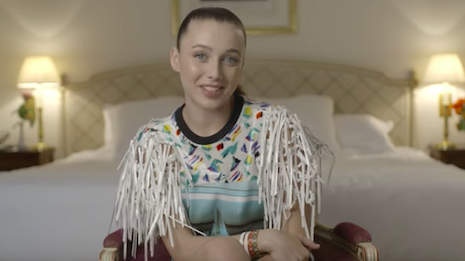 Beyond its influencer partnerships, Louis Vuitton is looking to engage consumers through entertainment through a YouTube vertical centered on television-style content.

The Louis Vuitton and Riot collaboration began with the League of Legends World Championship, with the fashion label creating a traveling trophy case for the esports tournament. Although luxury brands have been leveraging gaming for increased fan engagement, the esports market has been mostly untapped (see story). 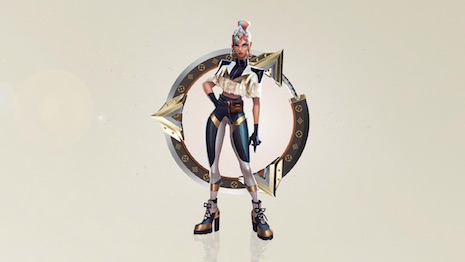 Similarly to Gucci, Louis Vuitton has made moves towards inclusivity.

After creating buzz for Louis Vuitton on the runway, the designer brought his unique approach to marketing with a new three-part campaign that focused on personally important themes that are also present in his designs. The Boyhood series ushered in the menswear collection by showcasing infancy, childhood and adolescence, stages of development in which society’s views of race and gender have not yet been imposed and kids dare to dream (see story).

In another push to open its doors to more consumers, Louis Vuitton looked back on some of its artistic collaborations through an exhibit in Beverly Hills, CA. 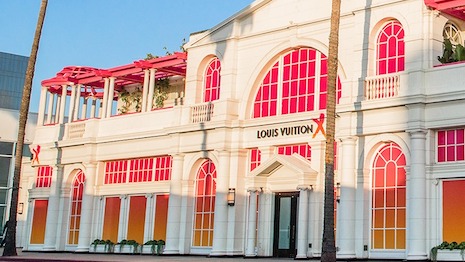 Dubbed Louis Vuitton X, the exhibit delved into 160 years of the brand's creative tie-ups, from its work with Karl Lagerfeld to designs by Zaha Hadid. Through this look back into its archives, Louis Vuitton pointed to its long history of partnerships, positioning the house within the art world (see story).

While the diamond industry is often opaque, Tiffany started 2019 by making a commitment to sharing details about its stones’ origins at point of sale (see story).

Tiffany further emphasized authenticity and transparency through a new engagement ring design and diamond cut in an effort to modernizing its offerings. The launch campaign, set to a track from “A Star is Born,” balances relatability with star power to appeal to millennials who appreciate authenticity and have followed Lady Gaga’s career for more than a decade (see story).

In a nod towards self expression, the brand’s spring campaign depicted a diverse group of models interacting with Tiffany-branded everyday objects (see story). 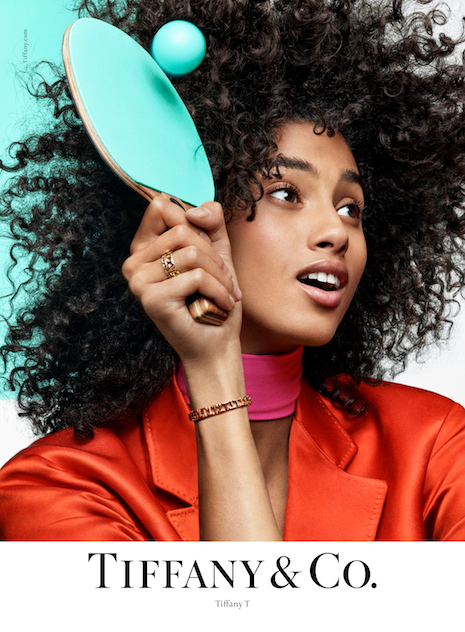 The jeweler took inspiration from its place in celebrating love with its first his and hers fragrances, bringing a branded show of commitment to a new category.

Tiffany & Love aims to portray the idea of a modern relationship through perfume, with a corresponding launch campaign that focuses on the connections between couples. This latest launch is part of the brand’s growing fragrance portfolio under its licensing deal with Coty, and marks its debut men’s scent, enabling Tiffany to reach both men and women in the entry-level category (see story).

The house moved further into Japan with its first concept shop in the region, focusing on a playful expression of the brand. Tiffany is looking to stand out amongst the crowd in the busy Harajuku region of Tokyo on Cat Street with futuristic architecture and a customized logo with the Tiffany blue (see story). 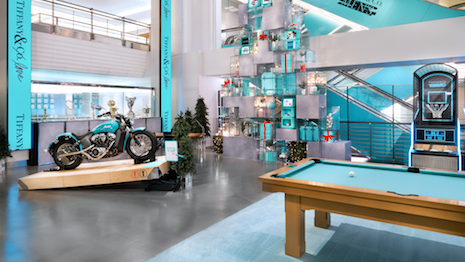 Tiffany's Men's pop-up store next door to its soon-to-renovate flagship will give visitors a taste of what the new Tiffany retail experience will look like. Image courtesy of Tiffany & Co.

In December, Tiffany opened a new flagship store in Shanghai, which includes the first Blue Box Café outside of New York (see story).

Tiffany also held a first of its kind exhibit in Shanghai, looking back on its 180-year history. The exhibit covered the multifaceted history of the brand, from its signature blue hue to its work with diamonds (see story).

Following Tiffany’s $16.2 billion acquisition by LVMH, more brand extensions could be on the way for the jeweler in 2020.

Gucci is 2020 Luxury Marketer of the Year 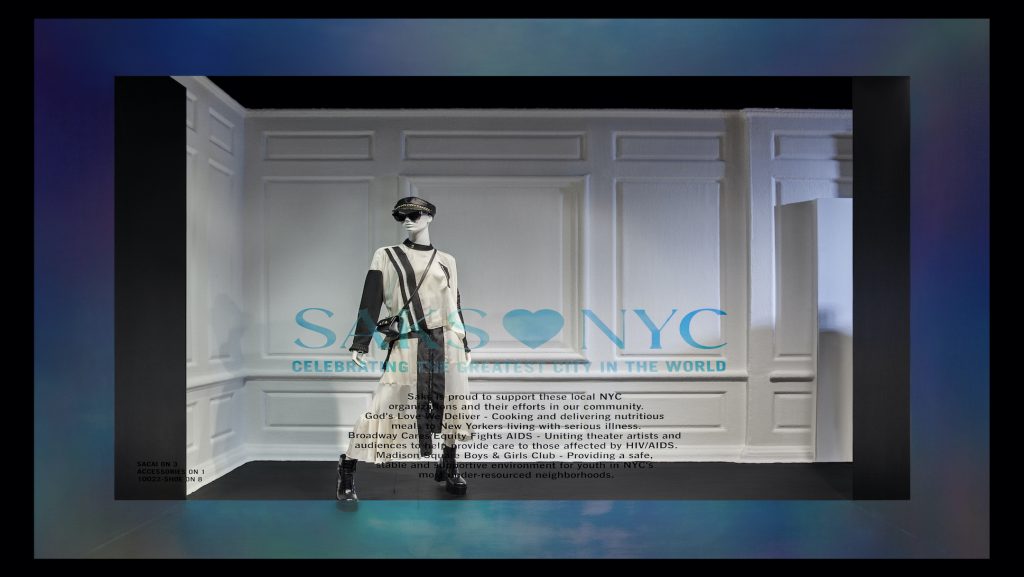 Saks Fifth Avenue is 2020 Luxury Retailer of the Year 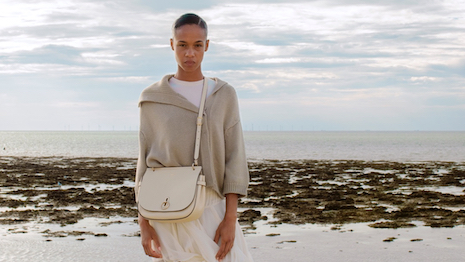 ForwardPMX is 2020 Luxury Agency of the Year 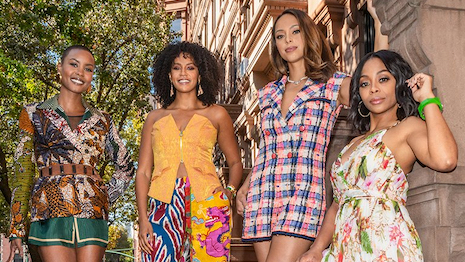 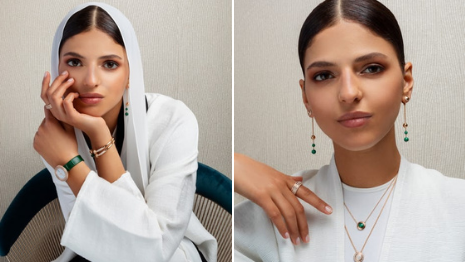 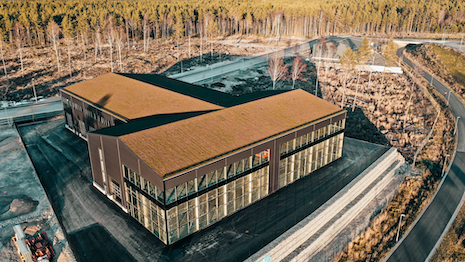 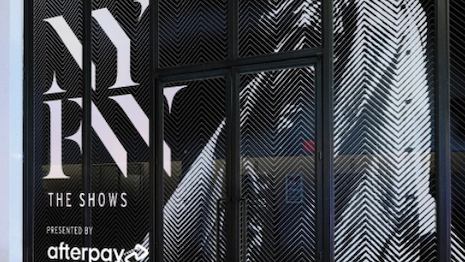 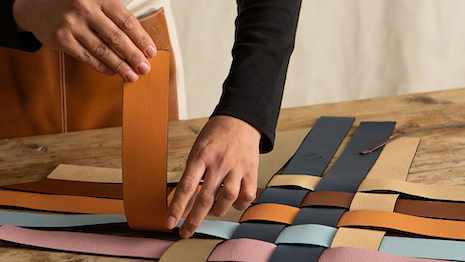 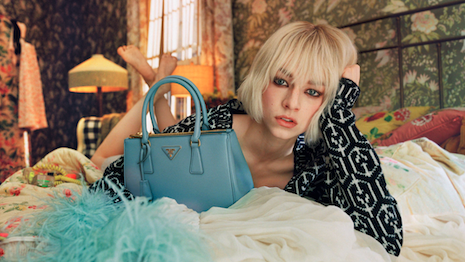